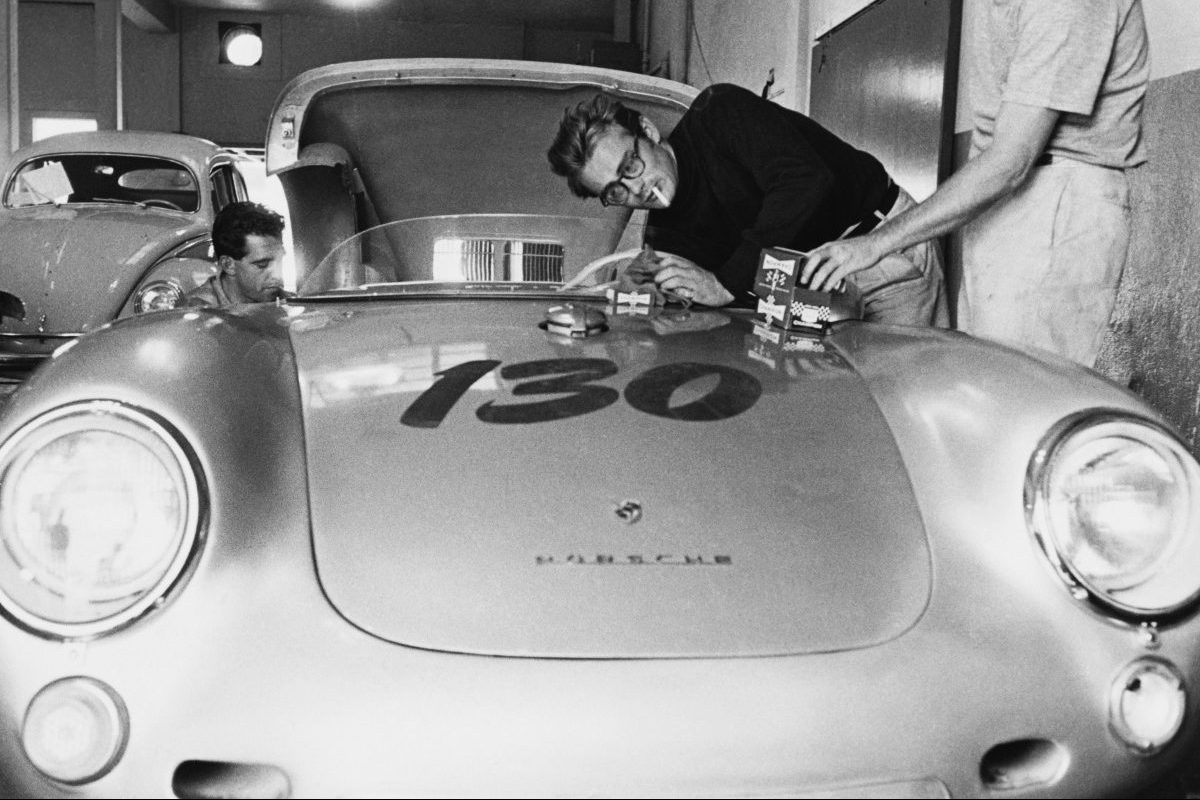 As you get into the Halloween spirit, you’re probably starting to realize that just about anything can be haunted: houses, roads, and yes, even cars.

Here, we’ll look at seven of the most haunted cars in history and the spooky stories behind them. These aren’t your average ghost stories, that’s for sure. Be warned: you’ll want to read these tales with the light on!

7 of the Most Haunted Cars

I can assure you this Porsche didn’t earn the nickname “Little Bastard” for nothing. After James Dean originally purchased the soon-to-be-infamous car, actor Alec Guinness famously said, “You’ll be dead within a week if you get into that thing.”

Surely enough, a week later, Dean and his mechanic were riding in the Porsche when they got into a fatal accident with a Ford Tudor. However, the Little Bastard Porsche’s tragic history doesn’t stop there.

The wrecked car’s engine was eventually sold to William Eschrich, while the drivetrain went to Dr. Tony McHenry. During a California race in which both the engine and drivetrain were used, Eschrich was killed and McHenry was severely injured.

The cursed car was responsible for the injuries and deaths of several more people throughout the years. Later, it got stored away in a garage in California, and the entire building ended up burning down. Needless to say, Little Bastard may not have been a harsh enough nickname for James Dean’s haunted Porsche.

The Graf & Stift Death Limo is a haunted car that also happened to be a key part of an extremely significant turning point in world history. As most of you history buffs may remember, Austrian Archduke Franz Ferdinand’s limousine stalled out for no apparent reason outside of a café, where he and his wife were shot dead. This inevitably sparked the first World War.

Throughout the next 12 years, there were 13 other deaths linked back to the same car. There was an Austrian General who went crazy while driving the limo, and later died in an insane asylum. Then, there’s the German military police officer who crashed it, killing himself and two others. There was also a Romanian owner who crashed on the way to a wedding with five passengers, and no one survived the wreck.

Astonishingly, the vehicle now sits in the War History Museum of Vienna. You’d think it would be ready for the junkyard, but even though it’s been involved in numerous accidents, the vehicle doesn’t have actually display much physical damage. It certainly makes you wonder how this could even be possible…

We are likely all aware of the story behind President JFK’s Lincoln, as it was the vehicle he was assassinated in during his visit to Dallas, Texas in 1963.

Today, it can be found at the Henry Ford Museum in Michigan. What makes this one particularly spooky is that there have been many reports of folks seeing a “man in gray” standing near the car.

The most common time to see the man in gray is during November. Keep in mind, JFK was killed on November 22. Ominous timing, to be sure.

Bonnie and Clyde were two of the most notorious criminals of the early 20th century. Their reign of robberies and murders was brought to an end in 1934.

On May 23, police cars surrounded their ’34 Ford and shot over 100 bullets into it, which resulted in the death of the couple and ended their crime spree. Even though the car is still riddled with bullet holes, it now resides in Whiskey Pete’s Casino in Nevada. It’s an eerie sight, but that’s not all.

There have been countless visitors who have claimed to feel extremely uncomfortable while in the presence of the car. Others have seen mysterious figures sitting near and inside the vehicle. Perhaps Bonnie and Clyde have stuck around this iconic car even after their deaths.

Known as the “most evil car in America,” the 1964 Dodge 330 Limited Edition has quite a disturbing history, and it even inspired Stephen King to write Christine. As far as the real-life car, there have been 14 actual deaths attributed to it.

The cursed Dodge started its life as a police cruiser. All three of the police officers who used it ended up tragically killing their families and themselves. After it was sold, the car would constantly malfunction. Doors would open on the highway, the steering wheel would jam, the brakes seemingly had a mind of their own, and the engine would stall at less than ideal times.

Throughout the ’80s and ’90s, there were several ill-fated individuals who attempted to vandalize the car, and later ended up dead. In one particularly disturbing story, a child simply touched the car. Two weeks later, the entire family died in a house fire.

Since it was so cursed, the Golden Eagle was eventually dismantled in 2010, but its reign of terror didn’t even stop then, as some of those who assisted in taking the vehicle apart were later killed. Urban legend or not, the Golden Eagle is clearly not a car you would want any sort of association with.

6. The Jumping Car of Cape Town

In Cape Town, South Africa in 2004, there was a mysterious incident involving a family’s Renault Megane. One night, they heard the car start up, but there was no one actually inside the vehicle. Because of this, they called the police to investigate the case of the phantom revving engine.

At first, the police thought the whole thing was a joke. That is, until they witnessed the car start up on its own and plow right into a tree. It was also reported that the handbrake has been engaged

Renault’s explanation was that the car may have had a faulty or rusty starter, but that doesn’t fully explain the car’s jumping motions, or the fact that it hit the throttle on its own. Things don’t quite add up, making this a seemingly haunted car.

The black Volga was a Soviet limousine linked to multiple disappearances over the years, and some believe the vehicle was driven by Satan himself. Numerous children were reportedly taken by the car, never to be seen again. These incidents occurred throughout the ’60s and ’70s, and the car has not been spotted since then.

In Ukraine, it was reported that two girls approached the car and were sucked inside. After one witness went up to the vehicle, there was no sign of the children anywhere inside or around it. Suddenly, there was a flash of white light, and the witness woke up days later with a severe headache. There have been a few other stories explaining similar events, but no one was ever able to attest to the car’s evil ways. If you ever see a black Volga appear out of nowhere, stay clear.