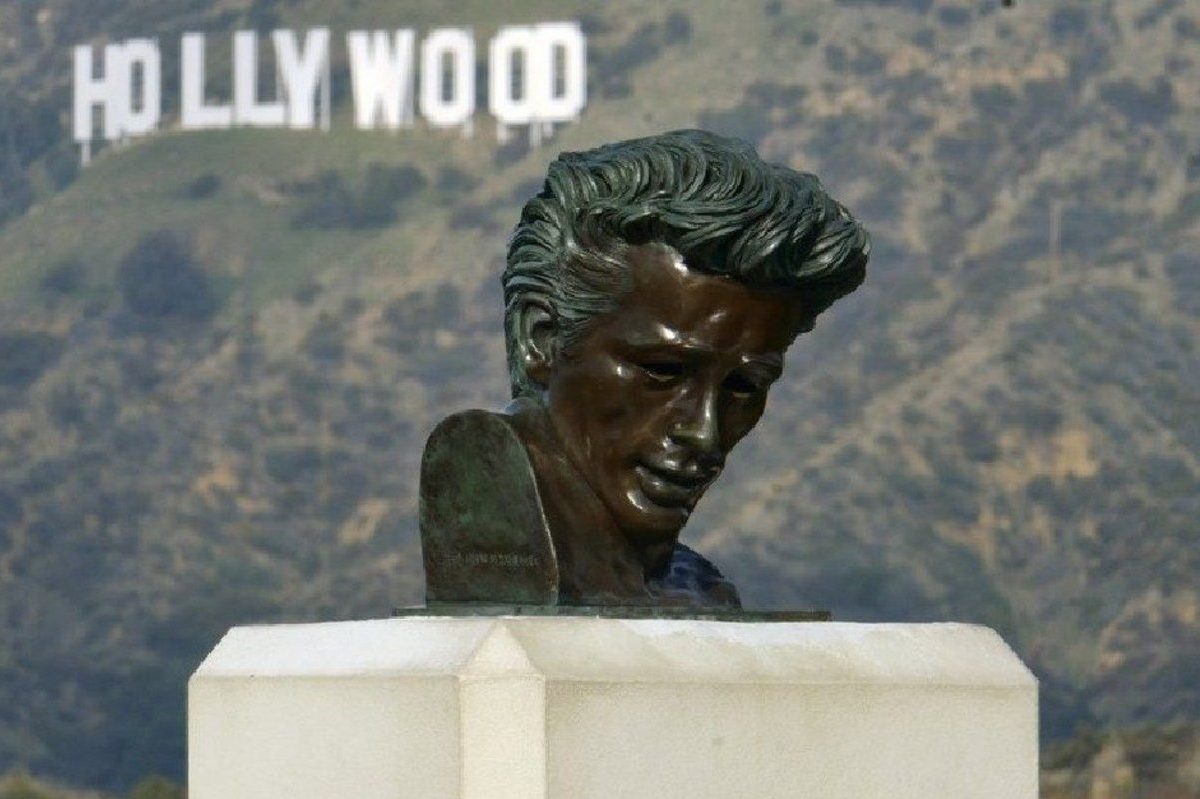 Have you ever owned a vehicle that just never seems to want to cooperate with you? You know, the kind that’s just never fixed because something breaks the second you solve the first problem? Well, I’m convinced that some cars are just cursed in that way. You either get a good one or a bad one.

This story of James Dean’s Porsche 550 Spyder, nicknamed “Little Bastard,” is definitely one of the more unusual nightmare car stories. I’ll let you make your own judgement on the following story, but it is undeniably mysterious and spooky.

It all began in September 1955. Hollywood actor James Dean had just purchased his brand-new Porsche 550 Spyder and brought the car to a customizer by the name of George Barris. He had tartan seats installed and added the 130 number to the hood and also had “Little Bastard” painted under the Porsche emblem in the back.

After that was completed, the Rebel Without a Cause and East of Eden star cruised around Los Angeles and met up with British actor Alec Guinness to show off his new ride. Guinness was very superstitious and claims to have had eerie feelings about Dean’s car from the very beginning. He told Dean not to drive the car and claimed that, if he did, he’d be dead within a week. Dean of course laughed and shrugged it off.

A week later, Dean was with Rolf Wütherich, a former pilot and Porsche mechanic, as they prepared the Little Bastard for racing. The original plan was to trailer the car to Salinas, but since it needed some break-in miles, they decided to drive the car instead. Along the way they were pulled over by California highway patrol, and both Dean and the vehicle towing the trailer received speeding tickets for doing 65 in a 55. Following the traffic stop, the crew stopped for drinks and met up with another race car driver who was competing in the Salinas race.

Shortly after leaving this spot, Dean and a friend started driving west toward Paso Robles. While driving down the road, a 1950 Ford Tudor driven by the Donald Turnupseed was attempting to make a left turn, but as soon he crossed the lines in the road, he collided with Dean, who was doing around 85 miles an hour. Both vehicles were destroyed in the car accident and Dean was transported by ambulance from the crash site to Paso Robles War Memorial Hospital, where he was pronounced dead on arrival. James Dean’s death was obviously extremely tragic, but the car’s path of destruction managed to go even further.

Read More: The Most Dangerous Highways in America, From New York to Indiana to California

George Barris, the car customizer, ended up purchasing the wrecked Porsche for about $2,500. While transporting the vehicle back to his shop, the car actually slipped off the trailer and ended up breaking one of the mechanic’s legs.

Shortly after, Barris sold the engine out of the car to Troy McHenry and sold the drivetrain to William Eschrid. Both of these guys built race cars out of the used parts and ended up in the same race together while the parts were installed on their cars. Henry was killed instantly in a crash that day, after losing control of the car and slammed into a tree during the race. Eschrid also had a strange mishap where the wheels locked up, which flipped the car as it crashed going into a turn. Surprisingly, the racer survived the wreck, although he was seriously injured.

It just gets even more strange from here. Barris ended up selling two of the tires from the wrecked Porsche Spyder, which later simultaneously exploded and caused the driver to veer off the road and crash. At this point, Barris was convinced the car was cursed and hid the remains of the vehicle, before being convinced by California Highway Patrol to donate the car to the Highway Safety Exhibit. Once the car made it to the exhibit, the building strangely caught on fire and burned down. Oddly enough, the car didn’t get damaged any further from the fire. From there, it was transferred to a local high school, where it toppled off the display and broke a student’s hip.

Following this event, George Barkuis, a flatbed driver, was transporting the wrecked display and crashed the truck. The fatal car crash caused him to be flung out of the truck and the sports car landed right on him, killing him instantly. Events like this continued to happen up until 1960, when the remains of the wrecked Porsche were being transported to Los Angeles. The truck carrying the remaining scrap metal mysteriously vanished, never to be seen again.

Now, I don’t know if you believe the story or not, but let me tell you that is one strange and unfortunate series of events. I can tell you myself, I would not go anywhere near that car, myth or not. That’s just too many oddball events happening around that car. Little Bastard couldn’t have been a more suitable name. Maybe next time you end up with that “cursed” car that keeps giving you trouble, you’ll be more inclined to actually get rid of it. You can never be too cautious, right?