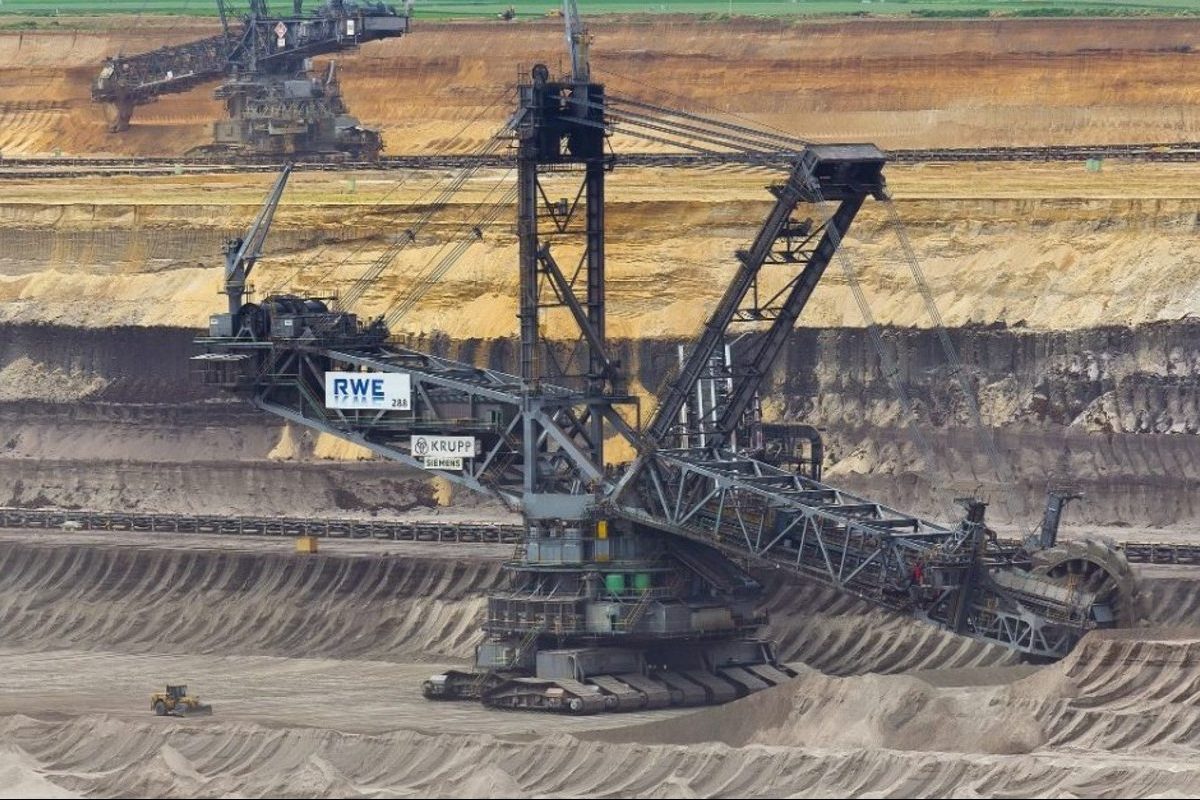 Now, there is a ton of heavy-duty and intricate machinery out there. Each machine was designed for a specific task, and they help us accomplish all kinds of projects around the globe. We can move the earth, construct new buildings, develop roadways, and pull off plenty of other tasks with the assistance of these machines. But, I don’t think I’ve ever seen one that can compare to this.

In any case, the Bagger 288 is a pretty intimidating piece of equipment, It kind of looks like it has a giant circular saw blade attached to it. It may as well be a saw, because it sure tears up whatever it touches pretty easily.

Originally built in Germany by a company named Krupp for the mining firm Rheinbraun, this bucket-wheel excavator and mobile strip mining machine was designed to remove overburden (the material that lies on top of an area of economic exploitation) before coal mining. It took five years to design and manufacture the concept and another five years to assemble it!

All said and done, it ended up costing right around $100 million to create. With 16.56 megawatts of externally supplied electricity, the Bagger 288 has the ability to excavate 240,000 tons of coal or 240,000 cubic meters of overburden per day. This equipment needs five people to operate and is an extremely vital piece to the whole mining operation. The coal that gets produced each day is equal to 2,400 coal wagons, which means this Bagger is moving some serious ground. The size is overwhelming, coming in at 721 feet long and 315 feet high. In other words, that’s two football fields long and more than two-times taller than the Statue of Liberty! For a size comparison, the below picture shows the Bagger 288 stacked up against your average bulldozer.

By 2001, the Bagger 288 had entirely exposed the coal source at the Tagebau Hambach mine in Germany and needed to move to a new home. Since this is such a complex machine, it was more economical for it to be on tracks rather than disassembled for transportation. In order to move, it sits on top of three rows of four Caterpillar track assemblies and travels at less than half a mile per hour.

This machine amazingly completed a 14-mile trip to its next location, the Tagebau Garzweiler mine, which took around three weeks. The Bagger required a crew of 70 people in order to make the journey possible. A journey that reportedly cost nearly $10 million.

This behemoth of an excavator managed to cross Autobahn 61, the river Erft, and numerous roads. It did cause some destruction along the way, but the fact that it even made it 14 miles is nothing short of incredible. The Bagger 288 is a perfect example of the impressive machinery humans are willing and able to create in order to get the job done, and I love everything about it.