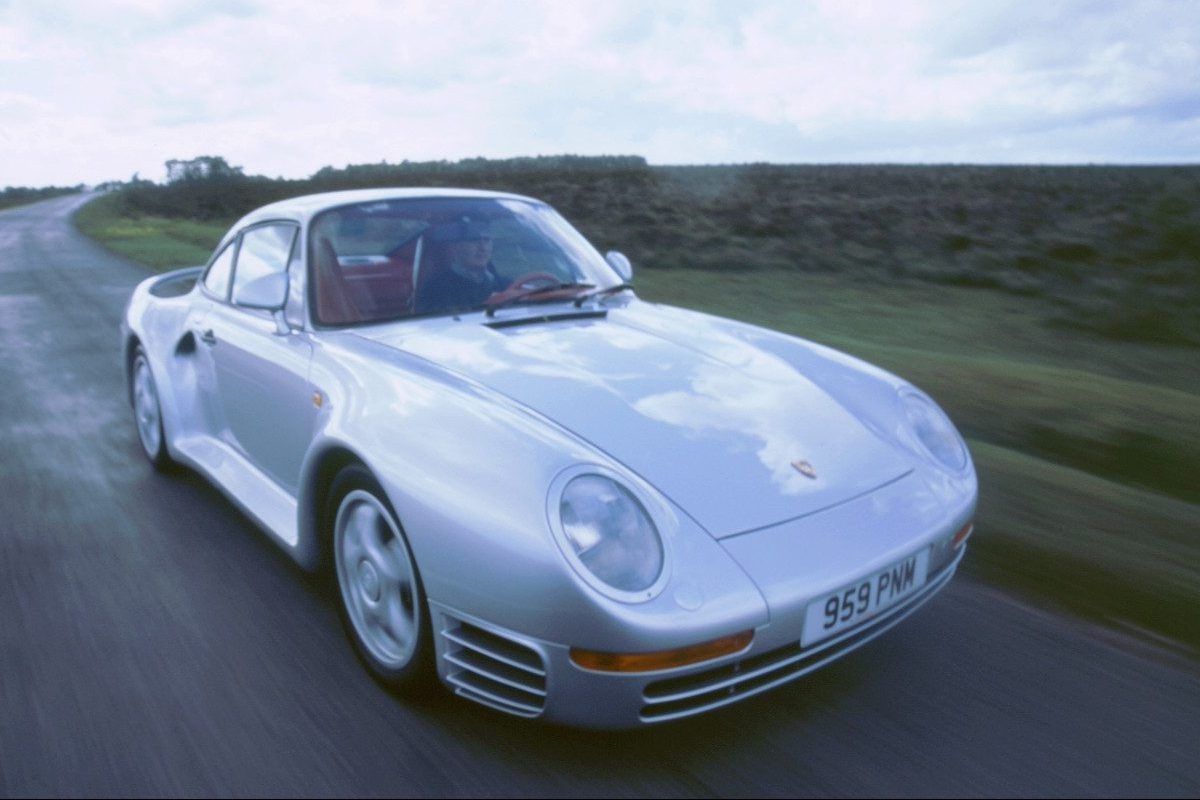 The 1980s were pretty much all about high-performance cars, and European automakers dominated on that front. Ferrari, Lamborghini, and Porsche were giving the people what they wanted. Rallying was also huge at the time, and the homologation specials, a.k.a. road cars built to make certain racing cars legal, gave the everyday car buyer a small taste of motorsports life.

The ’80s also saw an influx of Japanese and American cars that were reliable and affordable, while also still providing that thrilling on-the-road experience.

Here, we’ll look at some of the best cars of the 1980s, along with vehicles that stood the test of time and went on to become cult classics. From vehicles that make you nostalgic for ’80s pop culture to rides that satisfied that need for speed, here are…

The ’80s may not have been a standout decade for muscle cars, but the return of the Mustang GT in ’82 was a welcome sight for automotive enthusiasts.

With a signature boxy design and several high-powered engine options, like the 5.0-liter V8 that offered 157 horsepower and 240 lb-ft of torque, the ’82 GT was exactly what gearheads were looking for at the time.

From its production run from 1986-1993, the 959 was considered to be one of the most technologically advanced sports cars up until that point. With a twin-turbo water-cooled flat-six engine, all-wheel drive, and an adjustable suspension, the 959 epitomized the future of the supercar.

On top of that, this baby could go from 0-60 MPH in 3.6 seconds. Even by today’s standards, that’s pretty damn incredible.

There’s no mistaking the important legacy of the Ferrari F40. As the last Ferrari that Enzo Ferrari commissioned to celebrate 40 years of Ferrari road cars, the F40 was allegedly the first production car to hit 200 MPH.

While it initially received mixed reviews, especially when stacked up against sleeker-looking supercars like the Porsche 959, the F40 has stood the test of time as a car that is respected by enthusiasts and experts to this day.

On top of its motorsports pedigree, the E30 M3 was also an extremely popular commercial sedan.

Produced until 1991, the Audi Quattro (“quattro” is Italian for “four”) was a road and rally car that changed the game when it came to four-wheel drive.

It dominated competition in the rallying scene, and as a street car, it was known for its impressive power and handling.

Sporting that badass black paint job, the Buick GNX didn’t just look the part. The personal luxury car, which was a souped-up second-gen Buick Regal, was also stocked with a 3.8-liter turbocharged V6 engine that made 300 horsepower.

By teaming up with McLaren, Buick gave us an awesome muscle car with an ’80s twist.

The Lamborghini Countach definitely made its presence known in the mid ’70s with the LP400 and the LP400 S. But the Italian-made rear-wheel-drive sports car dominated the ’80s, as well.

With the LP500 S in 1982, the LP5000 Quattrovalvole in 1985, and the 25th Anniversary Edition in 1988, Lamborghini took the power and styling of previous models and really turned it up a couple notches.

While the third-generation Chevy Camaro debuted in 1982, it was the ’85 Camaro IROC-Z that really blew car enthusiasts away.

Named after the International Race of Champions, the IROC-Z was a solid upgrade to the Camaro Z28 and featured a ton of upgrades, including an upgraded suspension, lowered ride height, specially valved Delco-Bilstein shocks, and a special decal package.

Part of the Mercedes 124 Series that came in a number of different body configurations, including coupe (C124), cabriolet (A124), and limousine (V124), the W124 was beloved for its advanced engineering and the fact that it had a number of high-end features.

Produced from 1980-1990, the Land Cruiser 60 series was the perfect combination of that rugged off-road feel, which had defined Land Cruiser for the previous 30 years, and a family-friendly approach, marked by the addition of air conditioning, a rear heater, and an upgraded interior.

A trail-conquering SUV that could seat up to eight people? Talk about the ultimate road trip vehicle.

The Corvette hit a couple speed bumps in the late ’60s and ’70s in terms of popularity, but it was the fourth-gen model that really recaptured gearheads’ interest in “America’s Sports Car.”

The completely redesigned Corvette was stocked with a more powerful V8 engine, and also featured a digital dash and a removable Targa top. With a top speed of 140 MPH, the C4 Corvette became pretty much the definitive ’80s car for cruising with the top down.

The Mazda MX-5 was solid sports car. Not too over the top performance wise. Not too expensive. It had the essentials: rear-wheel drive, manual transmission, and intuitive handling. These were the ingredients of an affordable, approachable sports car for the masses.

The MX-5 was similar to the popular roadsters from previous decades, and with that in mind, there’s a reason why it’s one of the best-selling sports cars in the world.

Chrysler manufactured the Dodge Daytona from 1983-1993, but it was the Shelby Z model that really turned heads on the performance front.

Featuring several suspension upgrades, including a larger diameter front sway bar and disc brakes on all four wheels, the Shelby Z was pretty decently fast for the time, able to go 0-60 MPH in 7.3 seconds.

Ditching the separate body-on-frame construction, the XJ Cherokee switched to a unibody architecture, making the vehicle much more lightweight and more accessible as a family SUV.

Other off-road brands took note of the design changes and many followed suit, solidifying Jeep’s continuing influence on automakers.

Great Scott! Everyone remembers the iconic time-traveling DeLorean from the classic sci-fi movie series Back to the Future. In many ways, its hallowed place in Hollywood history is what endears us so much to the ’80s sports car.

Its gullwing doors and bare stainless steel design definitely got our attention, and while it didn’t blow anyone away when it came to power or handling, its hard to have a list of ’80s cars without mentioning the DMC DeLorean.

Here’s another car that was a pop culture staple, but also had the performance specs to back it up. Famously featured on the Miami Vice TV show, the Ferrari Testarossa was stylistically sound — with the pop-headlights and wide side grates — and also packed a Tipo 3.9-liter flat-12 engine that churned out 390 horsepower.

As a rally car, the Integrale won a whopping six consecutive world championships from 1987-1992. As a road car, it was equally as impressive, with the four-wheel drive Evo II model boasting 215bhp from its 2.0-liter engine and being able to go 0-62 MPH in only 5.7 seconds.

Here’s a classic car that’s on this list more for its cult following than for its reputation at the time of its production. It pretty much failed as a rally car, but it definitely delivered as a road car. Only 200 Ford RS200s were produced to meet FIA homologation rules, but the car was fast, lightweight, and a hell of a lot of fun to drive.