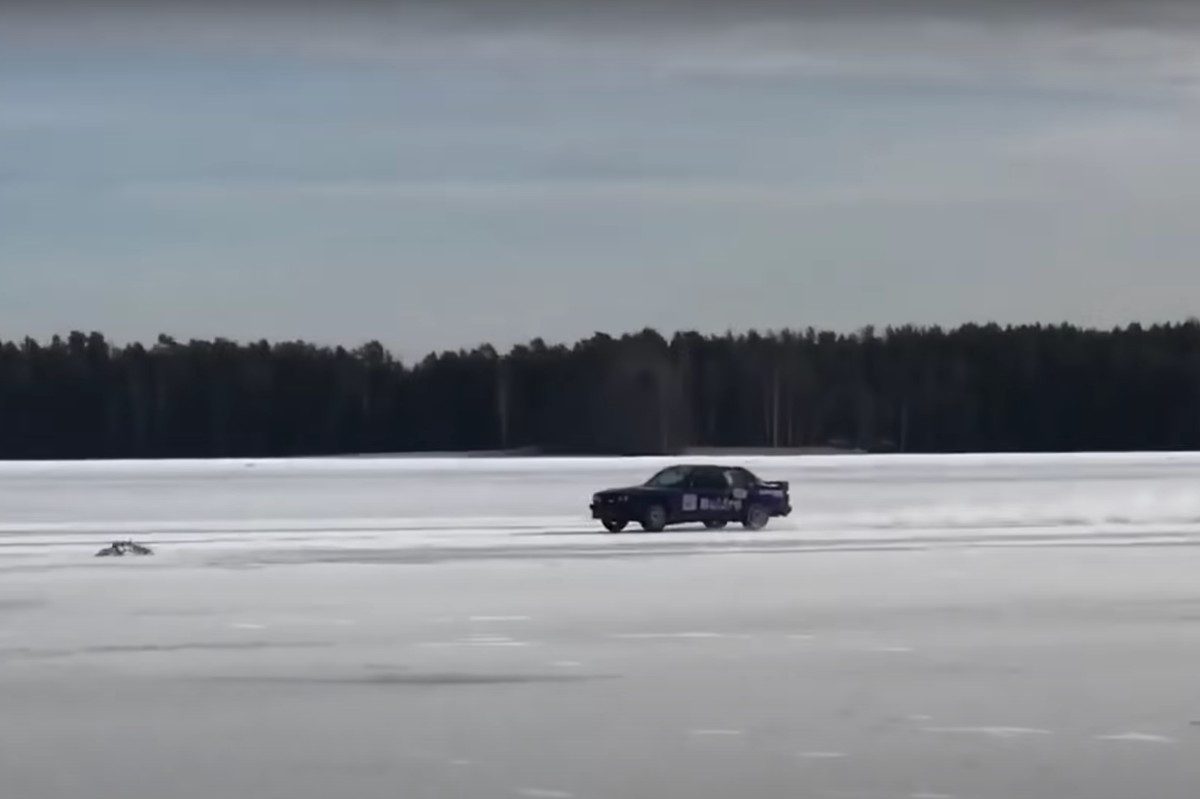 Coming to you from Årsunda, Sweden, what we’ve got here is footage of the world’s fastest car on ice, and hot damn, this ride can FLY. During Swedish Speed Week back in March 2019, the Buldre Racing Team took a souped-up BMW E30 M3, outfitted with a Toyota 2JZ engine that churns out an impressive 1,300 horsepower, and rocketed its way to a world record.

It’s a shock that no ice was melted during the making of this video, as the BMW E30 clocked in at a top speed of 215.5 MPH and averaged 212 MPH. As it turns out, the Buldre Racing Team broke an ice speed record that they themselves set, with the previous one being in an Audi B5 S4 Avant, reaching average speeds of 202 MPH.

Now, it’d be one thing to do this on solid pavement, but the driver must have ice in his veins to push the BMW that fast on just ice. I don’t know if I’ve even pushed 50 driving on ice, so I can’t imagine going more than 200, even with special tires.

As you can imagine, Buldre has done something pretty incredible things over the years. Here’s the video of them getting the Audi passed 200 mark.

Oh, and you know they’ve made it out to Nürburgring a time or two. Watch one of their drivers do a lap around the famous German track in a 750-horsepower Audi RS2.

And here, just for the hell of it, is some more footage of them messing around in the snow.

Wow. Tricking out cars and then driving those cars really, really fast doesn’t look like that bad of a gig. Who knew?