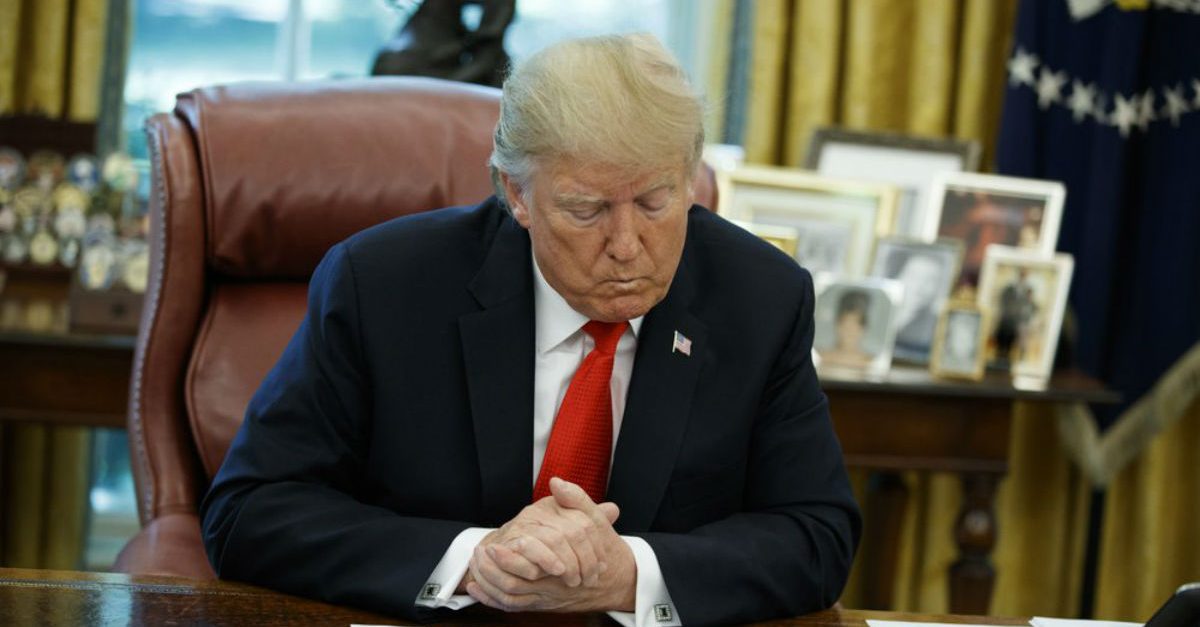 COPENHAGEN, Denmark (AP) ? Swedish authorities say that a man has been denied a vanity plate with the letters TRUMP because it violated motor vehicle department rules, calling the letter combination ?offensive.?

The Aftonbladet tabloid, one of Sweden?s largest newspapers, reported Saturday that the man said he ?was drunk and thought it was fun to apply? online for a new license plate with U.S. President Donald Trump?s last name ?because the car is American.?

The Swedish Transport Agency confirmed its ruling to The Associated Press on Monday, saying it doesn?t approve letter combinations referring to politics. It informed Marcus Saaf, who made the request, that its ruling couldn?t be appealed.

Read More: This New Hampshire Woman?s Controversial License Plate Battle Made It All the Way to the Governor?s Office