President Trump Tweets That GM Will Be Selling Its Lordstown, Ohio Factory 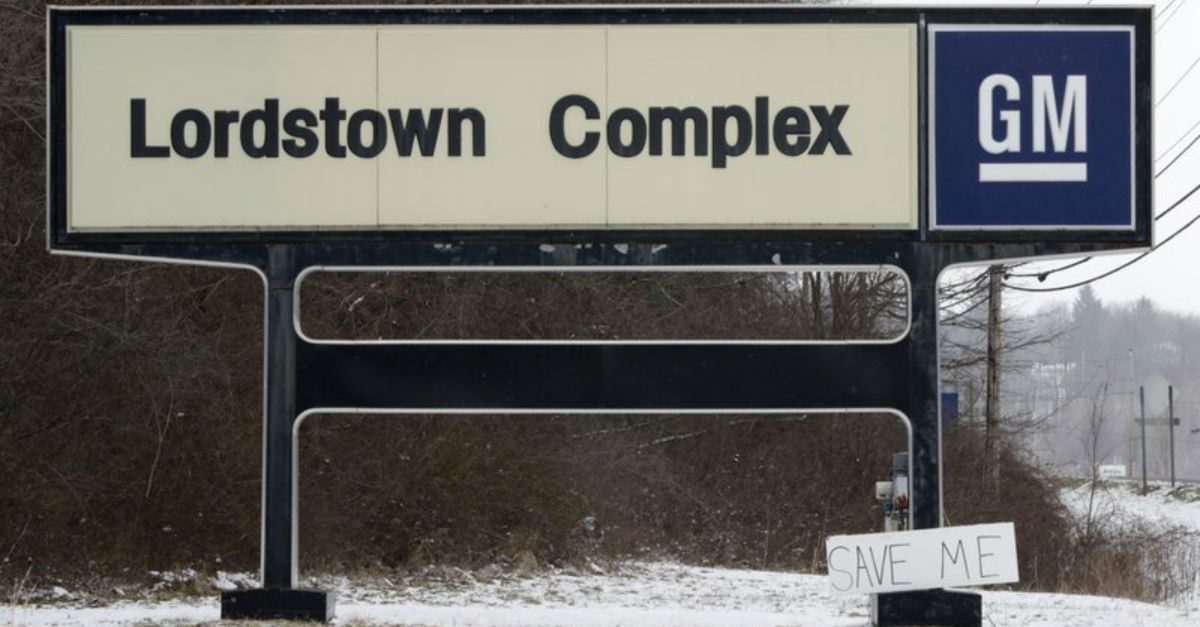 DETROIT (AP) ? General Motors plans to sell its shuttered factory in Lordstown, Ohio, to a company that builds electric trucks.

President Donald Trump announced the deal with a company named Workhorse on Twitter Wednesday morning. He also wrote that GM plans to spend $700 million at three locations in Ohio and create 450 additional jobs. He wrote that the sale is subject to an agreement with the United Auto Workers union and that he got the news in a conversation with GM CEO Mary Barra.

GREAT NEWS FOR OHIO! Just spoke to Mary Barra, CEO of General Motors, who informed me that, subject to a UAW agreement etc., GM will be selling their beautiful Lordstown Plant to Workhorse, where they plan to build Electric Trucks. GM will also be spending $700,000,000 in Ohio…

….in 3 separate locations, creating another 450 jobs. I have been working nicely with GM to get this done. Thank you to Mary B, your GREAT Governor, and Senator Rob Portman. With all the car companies coming back, and much more, THE USA IS BOOMING!

GM spokesman Dan Flores said the company isn?t disputing anything in Trump?s tweets, and that it?s in talks to sell the sprawling plant to the company Workhorse. No final deal has been reached, he said. ?At this point in time we are not providing any additional details,? Flores said, adding that more would be released later Wednesday.

Workhorse has been involved in developing both electric trucks and drones.

Its chief executive officer, Duane Hughes, said Tuesday that the Cincinnati company is making progress in the transition from development, to the production of electric vehicles.

?We remain focused on our ?Trucks First? initiative, which has enabled us to make significant advances in all phases of the manufacturing process,? Hughes said.

The company is on target, he said, to begin delivering its new electric vans at the end of this year.

It also reported having $2.8 million in cash and short-term investments.

News of the pending sale was greeted gloomily by workers in Lordstown who were hoping that GM would reopen the factory about 60 miles east of Cleveland that stopped producing the Chevrolet Cruze compact car in March.

Tim O?Hara, vice president of the United Auto Workers union at the plant, said the announcement dashes any hopes that workers had about staying in the area and continuing careers with GM. Many will be forced to transfer in order to preserve seniority and pension eligibility, O?Hara said.

?I guess that means they?re done in Lordstown,? O?Hara said. ?Anybody that wants to continue working for them is going to have to transfer out.?

Lordstown had about 1,400 hourly workers on one shift at the time the plant stopped production. But hundreds of others had been laid off earlier as GM cut two shifts to deal with slumping demand for the car.

Only a skeleton crew remains on duty at the plant scrapping old parts, O?Hara said.

Ohio Republican Sen. Rob Portman said in a tweet that he?s optimistic about the news and that he has worked with Workhorse and looks forward to further developments.

The announcement came just after GM and the Canadian auto workers union reached a deal to save 300 jobs at an Ontario factory that is slated to close by the end of this year.

But the remainder of the 2,600 workers at the plant in Oshawa, near Toronto, are still scheduled to be laid off.