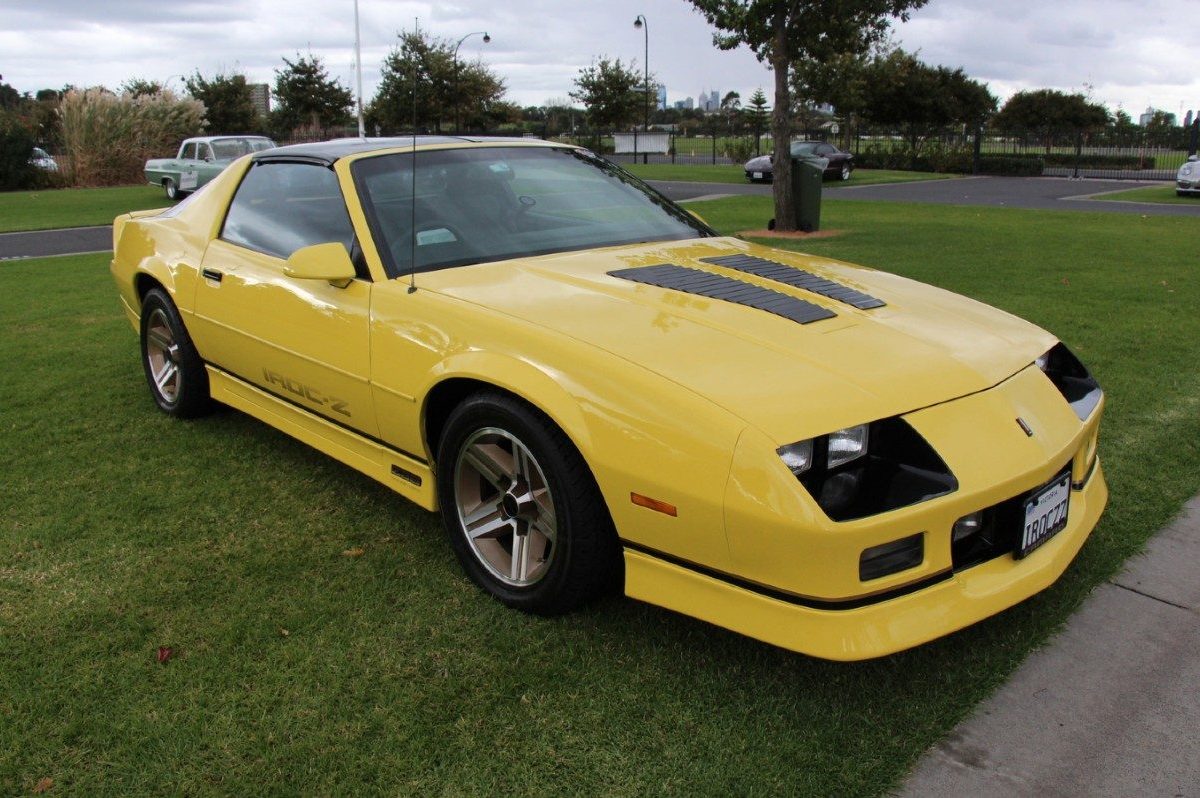 Back in the 1980s, if you were looking for a badass muscle car, the Chevrolet Camaro IROC-Z was a solid choice in the market. General Motors only offered the consumer IROC, a version of the Chevrolet Camaro Z28 model, for a six-year stint (1985-1990 model years), but it gained popularity rather quickly for good reasons.

IROC was an acronym for International Race of Champions, a racing series created by Roger Penske. Starting in 1974, Porsche was the go-to competition car, but a year later, they switched to a Camaro. The IROC Camaro race car used in this series was wildly different from the actual consumer version of the car. It featured a Chevrolet body strapped to a NASCAR chassis, with a 450-hp Katech-built small-block under the hood. However, it certainly saw great success on the track for around 10 years.

The History of the Camaro IROC-Z

For the first time, Chevy produced 2,497 units of the 1985 consumer IROC model, and it easily took the “Rookie of the Year,” title, according to numerous publications. It was a fast car, and it excelled in all factors in which you would hope that a sports coupe would. As far as a price-power comparison, the IROC outshined the other options, such as the Chevy Corvette, Ford Mustang, and the Pontiac Trans Am Firebird.

The IROC eventually grew to become a better version of the hatchback third-generation Camaro Z28, and with an upgrade price of only $659 extra, it was a great deal. It came with 16-inch wheels, a lower ride height, a more-rounded front fascia, decals, and a chin spoiler. It was also available in five different colors: yellow, bright blue metallic, black, silver metallic, and red.

The powertrain included a rear-wheel drive format with a tuned port injection 305 cubic-inch V8 engine producing 215 horsepower, although many say the power was understated. Behind it, you’d find a four-speed automatic transmission, but if you had enough to throw down, you could also special order a five-speed manual. These manuals were quite rare to come across as they were not highly advertised. There was also a limited-slip differential option.

Following the 1985 model, Chevy didn’t add to much to the car for the next six years other than a few different engine options, interior upgrades, revised wheel configuration, and added fuel injection. It was already great how it was, so there wasn’t much need for a major change to the car.

By 1988, the third-gen Camaro production numbers started to slow down. The Z28 Camaro had been discontinued, leaving only a base model and the IROC version. Only two years later, the IROC saw its last year with record low numbers, before being discontinued as well. Chevrolet did not renew their contract with the International Race of Champions, and instead, the Dodge Daytona took over.

Even today, the IROC still has a pretty large group of fans. Low mileage original IROC Camaros are highly sought after, and people are willing to pay a hefty premium to get their hands on one. The ridged design was definitely one of a kind at the time, and combined with the innovative features, it was the car to have in the mid-to-late ’80s.