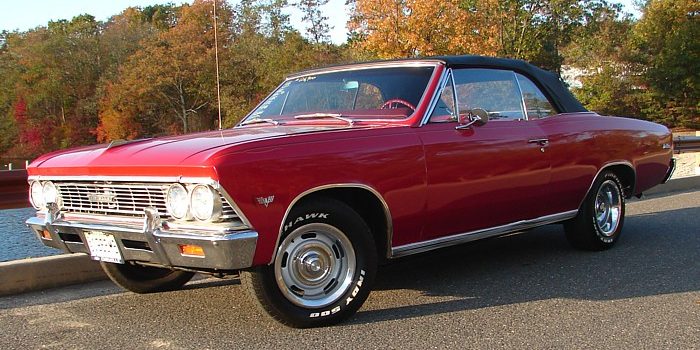 In the world of muscle cars, there are so many iconic examples that even real-deal classic cars can get forgotten in the mix. Between all the talk of Mustangs, Corvettes, and Camaros, for this article, we wanted to make sure that one classic car not be forgotten.

For almost a decade, the Chevrolet Chevelle was one of Chevy?s most successful nameplates. And, it wasn?t just successful in its own right, it was also a fruitful, influential model in terms of the Chevrolet portfolio. The El Camino, Malibu, and Monte Carlo would eventually all use Chevelle platforms.

Specifically, we wanted to hit the highlights of the 1966 Chevelle. We?ll start with an overview of the nameplate and then move into specific models, values, and production numbers. Here is everything you need to know about the 1966 Chevrolet Chevelle.

There was a Chevelle for everyone during the model’s height. By the end of the nameplate?s production in 1977, you could find body styles of almost any type including four-door sedans, hardtop coupes, station wagons, and, of course, Chevelle SS convertible sports cars. Most models were 3 or 4 speed manual transmissions, but there were also 2 and 3 speed automatic transmissions available later in the model’s life.

Of course, among Chevelles, the 1966 Chevelle Super Sport 396 is the most classic. In fact, Chevy recognized the success of the Chevelle SS 396 so early that they made it a series line all of its own. This line had model years from 1966 to ’68. Although, when you think of a Chevelle SS, you probably envision the ?66 and ?67 model years, which were the only Chevelles to feature the iconic strut back 2-door sport coupe rear end.

There were three engines available for the 66 Chevelle SS 396. They had 325 hp, 360 hp, and a turbo 375 hp, depending on what trim you chose. It used the Malibu sport coupe body, and, indeed ,many of these SS 396 sported Malibu badges and bucket seats.

How Much Is a 66 Chevelle Worth?

Depending on what 1966 Chevelle you are looking for or looking to sell, you might be facing at a big pile of cash. The Chevrolet Chevelle SS 396 convertible can sell for upwards of $50,000 or more. A 66 Chevelle Malibu might sell for about $30,000 to $35,000, depending on condition and seller region. Standard Chevelle coupe models are generally priced somewhere in between.

Wrapping Up, How Many 66 Chevelles Were Made?

Including sedans, station wagons, convertibles, and coupes, about 447,000 1966 Chevelles were made. However, far fewer of the coveted sporty models were produced. Only around 66,000 396 SS Coupes were made and only 5,429 396 SS convertibles were manufactured.

So, if you?re looking to buy a 66 Chevelle classic like the convertible, good luck finding one. And, if you?re an owner or seller, congratulations!

Read More: Check out the 10 Most Popular Classic Cars in the United States