Ask 100 random people on the street what the best decade for cars was, and we're guessing probably around 85 or 90 will tell you the 1960s.

Whether from classic American brands like Ford, Cadillac, and Chevy or European juggernauts like Porsche, BMW, and Lamborghini, the most popular cars made in the 1960s were the perfect combination of old and modern. Luxury and power were paramount in the vehicles that came out during this time, laying the foundation for several generations worth of gearheads.

Just think about it: There are car lovers in their twenties who could probably break down, in detail, the engine specs on a '67 Camaro. You don't need to have been raised on the music of Credence Clearwater Revival to appreciate what the '60s did for car culture.

Here, we'll look at 16 cars from '60s that revolutionized the auto industry. 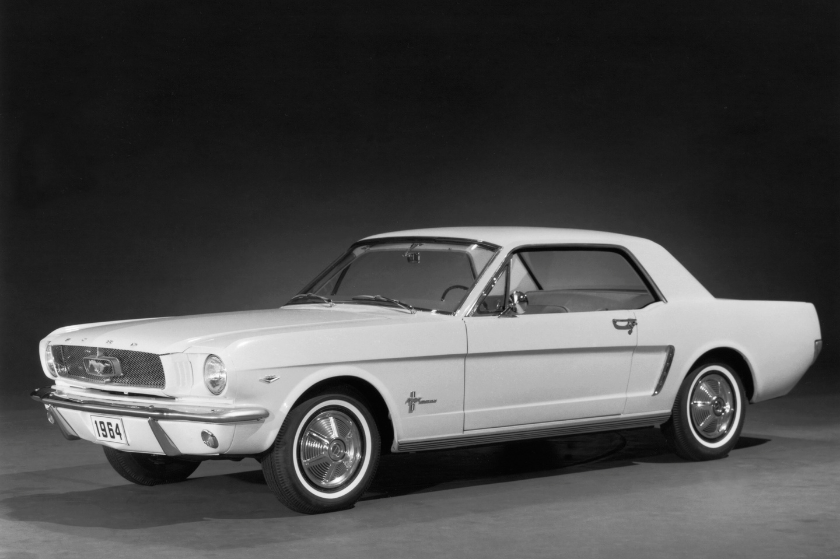 On April 17, 1964, Ford introduced the Mustang to the public at the New York World's Fair. The rest, as they say, is history.

The Ford Mustang changed the game with its rear-wheel drive, low-slung two-door shape, and optional V8 engine. It was so pivotal that it invented a new class of American cars: Pony cars. Ever heard of them? Well, you don't need to be a diehard gearhead to know that the Ford Mustang is pretty much the poster child for classic car culture in America. It's right there in the dictionary entry alongside...well, this next iconic car. 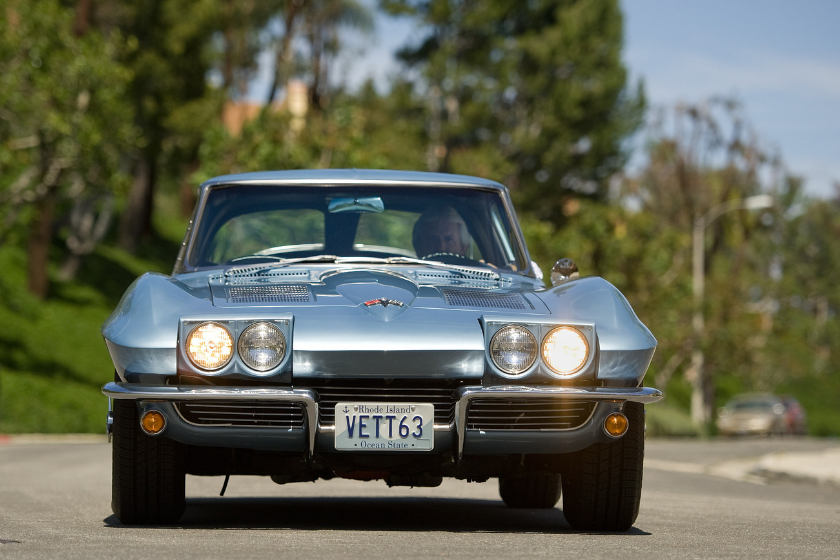 The term "need for speed" may not have been popularized until Top Gun in 1986, but car owners of the early '60s had a need for speed that was seriously lacking at the time, and Chevrolet definitely delivered with the 1963 Corvette Sting Ray.

Available as either a coupe or convertible, the sought-after sports car came standard with a 250-horsepower V8 engine, with optional variants that churned out 300 horsepower, 340 horsepower, and 360 horsepower. Add the sleek and lightweight design to the impressive power specs, and it's no wonder that speed freaks gravitated towards this now classic car. 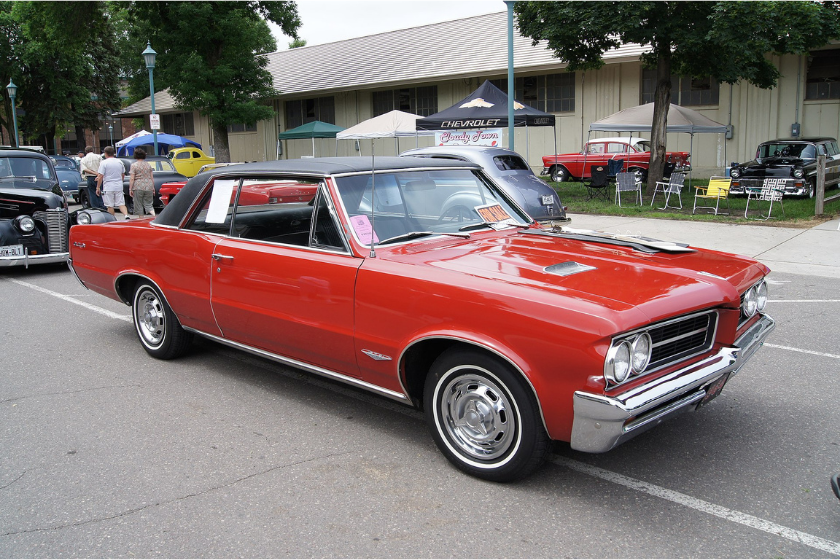 The '64 Pontiac GTO debuted as an options package for the Pontiac Le Mans, but its focus on power and performance was so appealing to car buyers that it eventually was released as a separate model.

Inspired by the Ferrari 250 GTO race car, the '64 Pontiac GTO was stocked with a V8 that made 325 horsepower at 4,800 rpm. Yeah, it makes complete sense that performance enthusiasts flocked towards this ride. 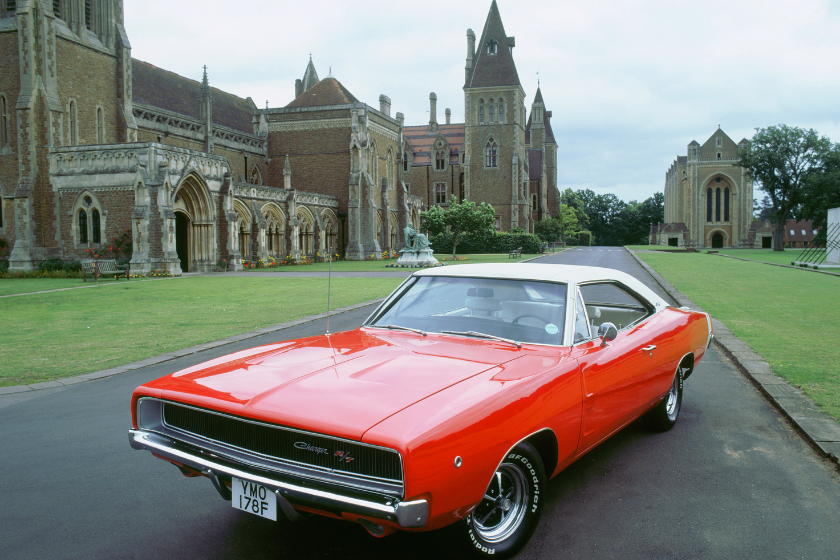 Launched during the peak of the muscle car era during the mid '60s, the Dodge Charger didn't perform up to the Chrysler brand's expectations with the first-generation model. Though, with a full-on styling redesign that included curves around the front fenders and rear quarter panels and Pontiac GTO-inspired "flying buttress" roof, the second-gen model introduced in '68 saw a massive surge in popularity.

Dodge sold over 96,000 of the 1968 Charger, with 17,000 of those being the Charger R/Ts, the high-performance package that was featured in Bullitt. Of course, the 1968 Mustang GT fastback tends to get all the glory in that Steve McQueen flick, but its car chase rival definitely can't be overlooked. 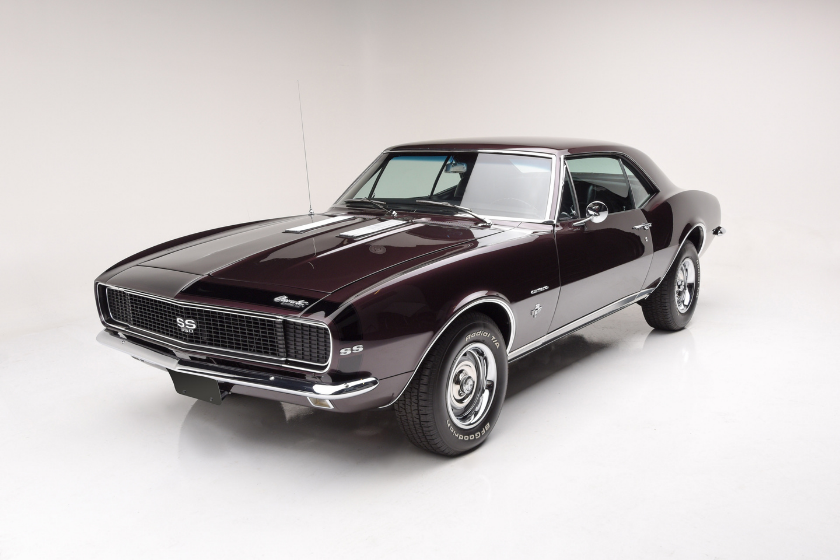 Photo by Barrett-Jackson via Getty Images

Sharing its design with the Chevy II Nova, the '67 Chevrolet Camaro was put out to combat the Mustang's rise in popularity. As the famous proverb goes, "Compete, don't envy." And, if automotive history has taught us anything, when Ford and Chevy compete, that's usually a win for the American auto consumer.

Chevy went all in when it came to options for the inaugural Camaro, with almost 80 factory and 40 dealer options and three main packages: the RS, the SS, and the Z/28. 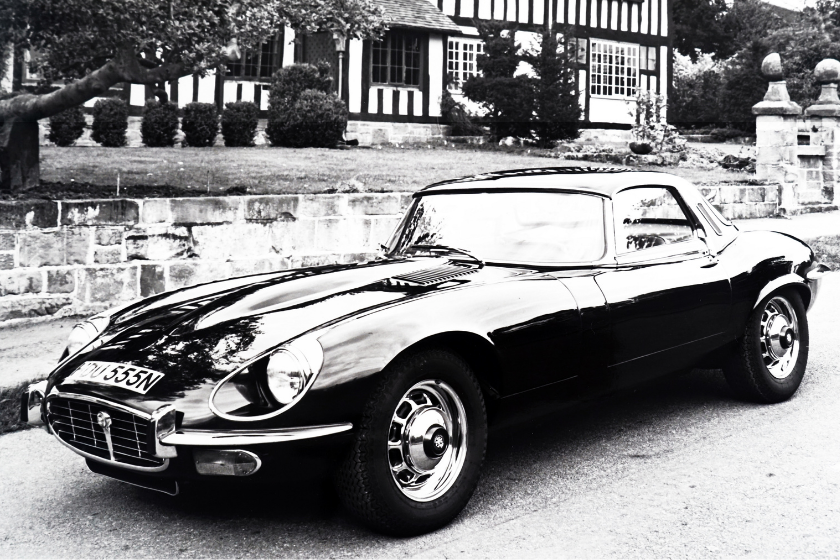 Enzo Ferrari himself called Jaguar E-Type "the most beautiful car ever made." Not only did this British sports car look so fantastic, but it had the specs to back it up.

With an alleged 150 MPH top speed and a sub-7-second 0-to-60 time, the Jaguar XK-E also boasted disc brakes, rack-and-pinion steering, and independent front and rear suspension, which set the car apart from others at the time and brought on positive changes throughout the auto industry. 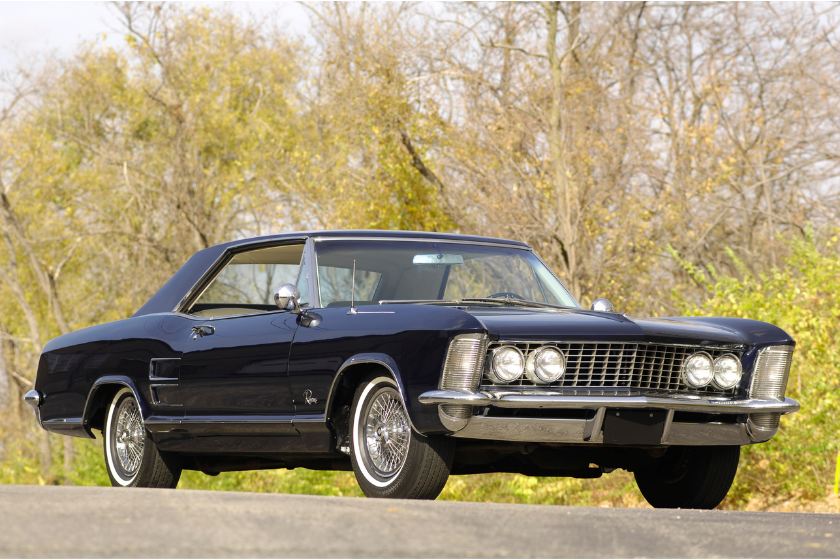 The Buick Riviera marked General Motors' first entry into the personal luxury car market segment, and with iconic style features like the distinctive egg-crate grille and creased lines along the front and rear quarters, it certainly made an impression. The Riviera had a flashy interior to boot, with several upholstery choices, a fancy center console, and countless extra-cost options.

Buick didn't put all its eggs in the styling basket either, as the car also had impressive performance specs. In a Motor Trend road test, the '63 Riviera put up a 0-60 time of less than eight seconds, completed a standing quarter mile in about 16 seconds, and a zoomed out a top speed of 115 MPH. 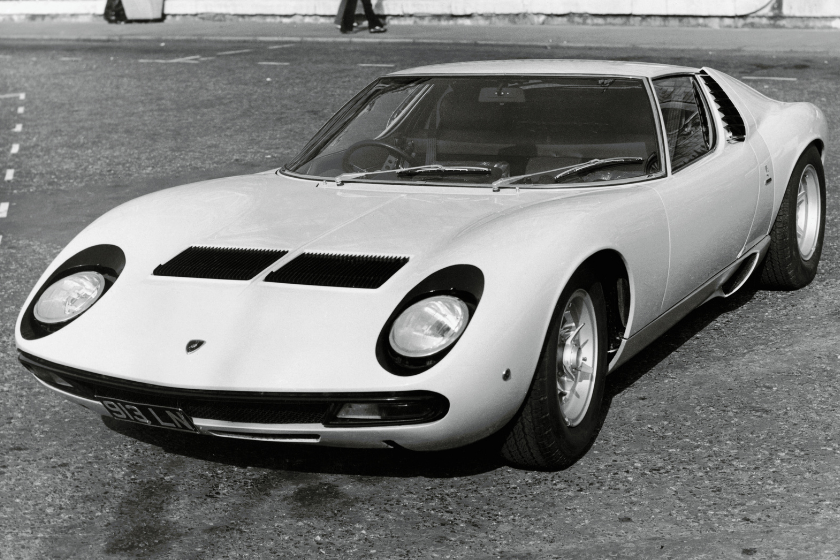 Stocked with a 3.9-liter V12 engine that churned out 345 horsepower, the Lamborghini Miura was the first supercar with a rear mid-engined two-seat layout. Not only did its claimed 174 MPH top speed make it the fastest production car at the time, but it also boasted a innovative design that would set the stage for supercars that came after it.

We may throw out the term "sleek" a lot when describing a car's attention-grabbing style, but this car was SLEEK. Just look at this thing in action! 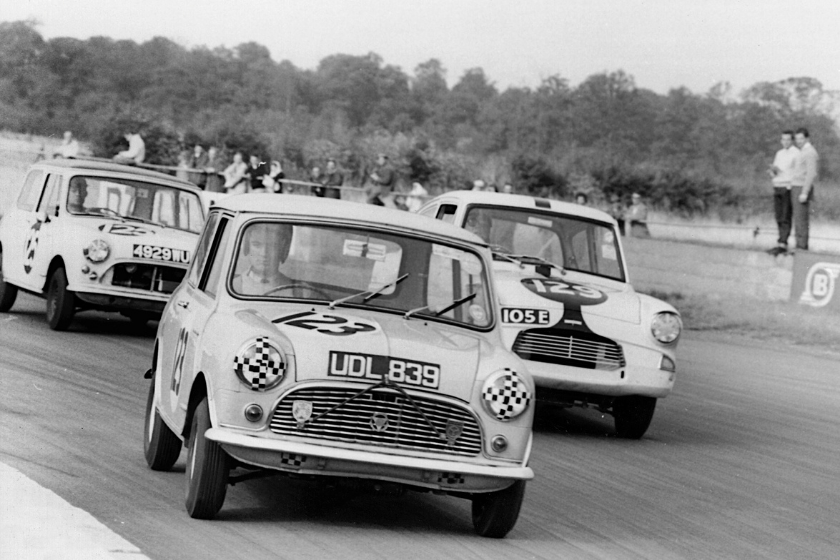 The Mini was produced by the British Motor Company, and while BMC didn't stand the test of time, it's responsible for giving car culture one of the most influential cars of the 20th century. Sales wise, the Mini didn't exactly crush in the United States, but coinciding with Beatlemania, it became quite the pop culture staple.

Maybe it was its very unique design. Maybe it was its prowess as a dominant race car. But there's something intriguing about the Mini that endears it to the American car culture consciousness. 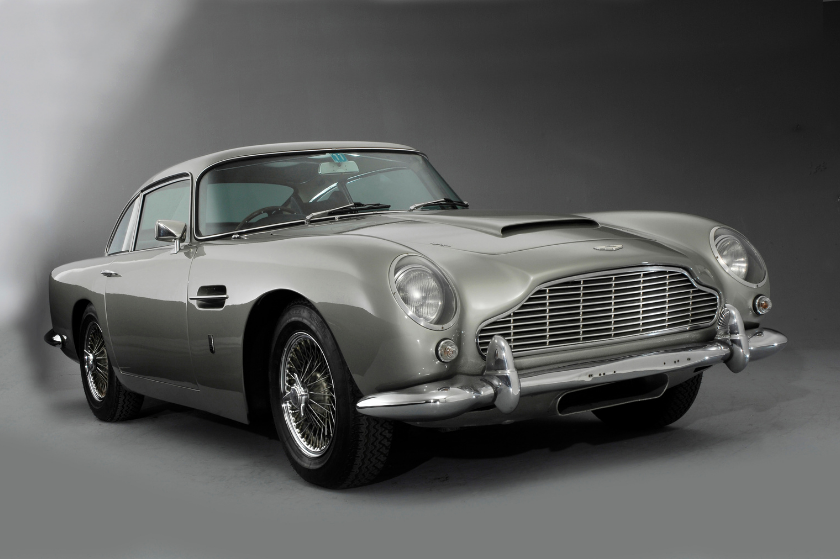 The name's Bond. James Bond. Iconic as that opening line is, the legendary super spy needed more than just cool quotes to get gearheads' attention. That's where the Aston Martin DB5 came in.

Famous for appearing in the 1964 Bond movie Goldfinger, the flashy and powerful grand tourer came equipped with a 4.0-liter 282-horsepower inline-six engine and a 5-speed transmission, and spawned several high-performance variants. 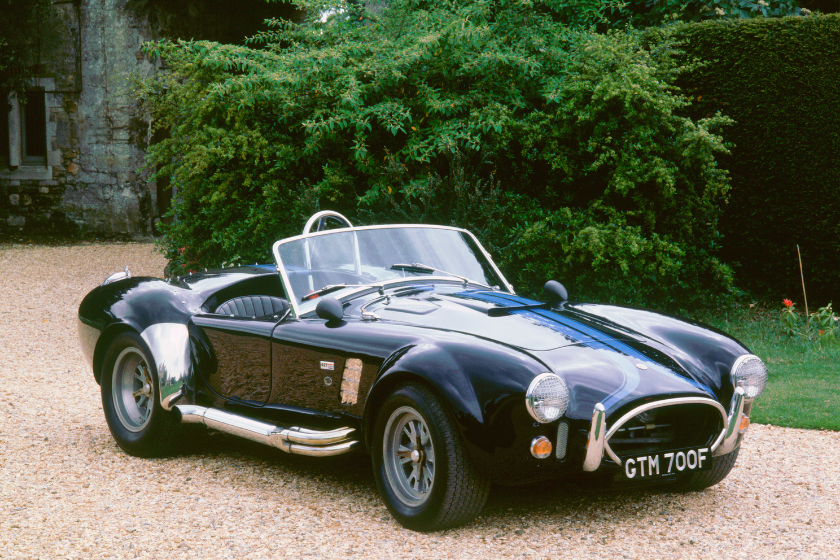 "My name's Carroll Shelby and performance is my business." The iconic automotive designer definitely left his mark on gearhead culture with the Shelby Cobra. Since it arrived on the scene in 1962, the Cobra blew power and performance expectations out of the water. 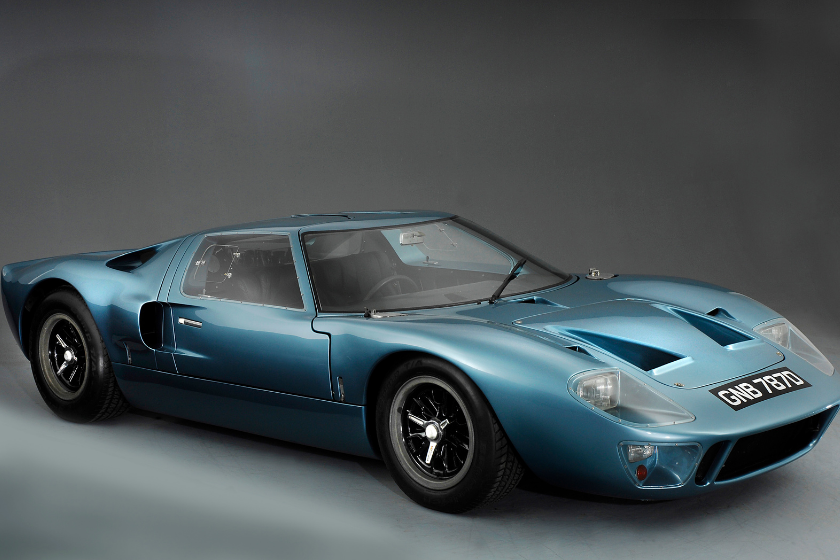 Speaking of Carroll Shelby, you probably know, or at least have heard of, the story behind the 1966 24 Hours of Le Mans. Well, if you're not familiar with it, long story short, Ford was trying to end Ferrari's five-year Le Mans win streak. That's when Henry Ford II and Lee Iacocca commissioned Shelby to build a car that would dominate on the race track. Yeah, you can probably guess how the rest goes.

Let's just say that with a top speed of 210 MPH, the GT40 dominated the racing scene for the remainder of the '60s. To get a fuller picture of the story, just watch Ford v Ferrari. You'll thank us later. 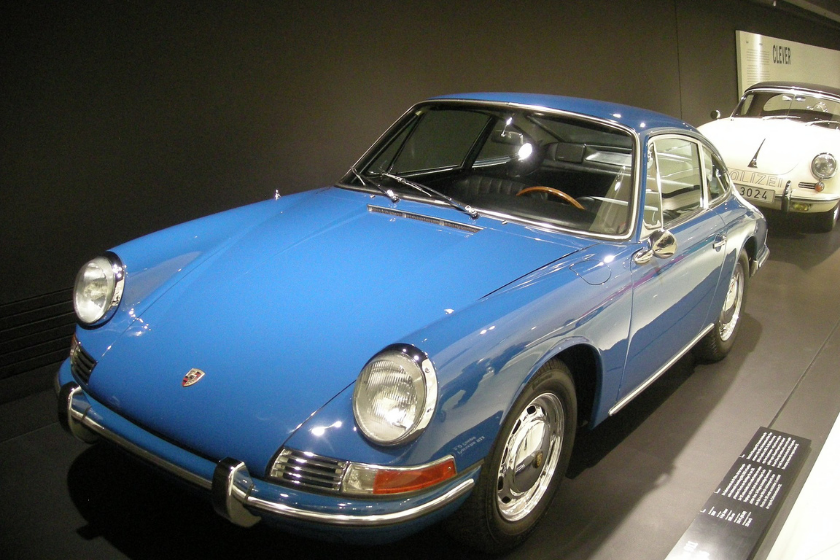 The flagship Porsche 911 was stocked with a 128-horsepower flat-six engine, but the German-made sports car became more known for its impeccable styling, incredible handling, and loads of different options, including targa tops and gasoline burning cabin heaters.

The power specs definitely improved in subsequent models, but it was that first model, which debuted at the Frankfurt Motor Show in 1963, that set the stage for one of the most iconic cars in modern times. 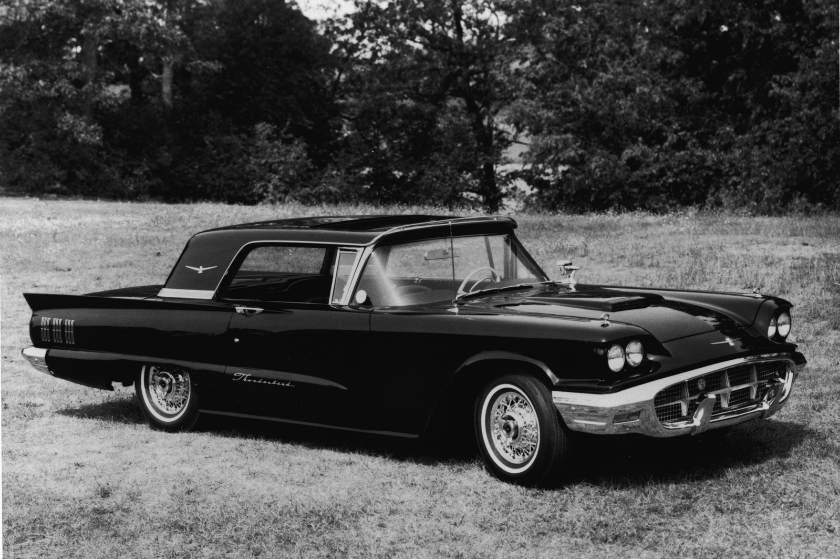 The Thunderbird was already wildly popular in the mid 1950s, and the changes that came with the '60s models were largely cosmetic in nature. You had the addition of the third taillight in the rear cluster, while the car was also increased in size to keep up with the trends in the personal luxury car market.

In any case, while the '50s introduced the Thunderbird to the masses hungry for cars that were both luxurious and sporty, the '60s helped to solidify the Thunderbird's place in American car culture. 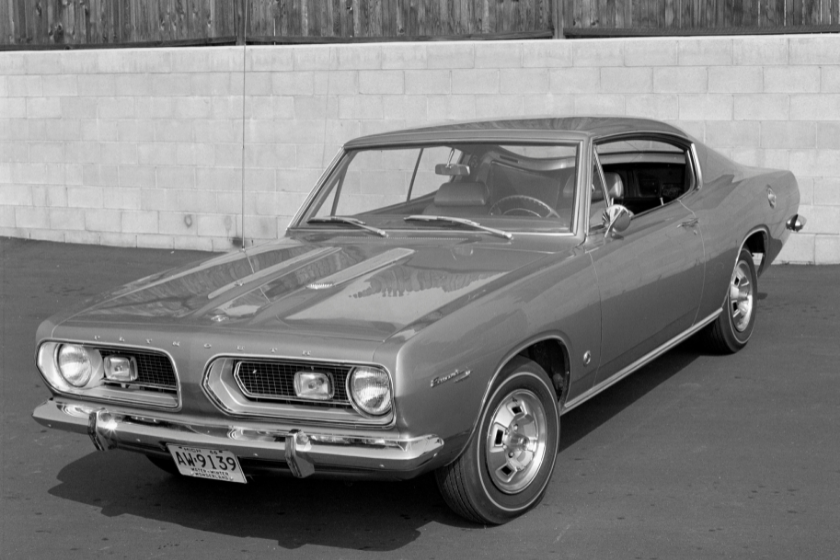 Originally designed to compete with the Mustang, the Barracuda saw quite the upgrade with its second-generation model, which was seriously redesigned and available as a fastback, hardtop coupe, and convertible.

Along with the changes to the front and rear ends, the second-gen Barracuda also came available with a number of V8 options. Considering these cars were designed by Hurst Performance compete in Super Stock drag racing, you can imagine that they were all about speed and power. Production on the Barracuda eventually stopped in 1974, but the muscle car is still highly revered by gearheads everywhere. 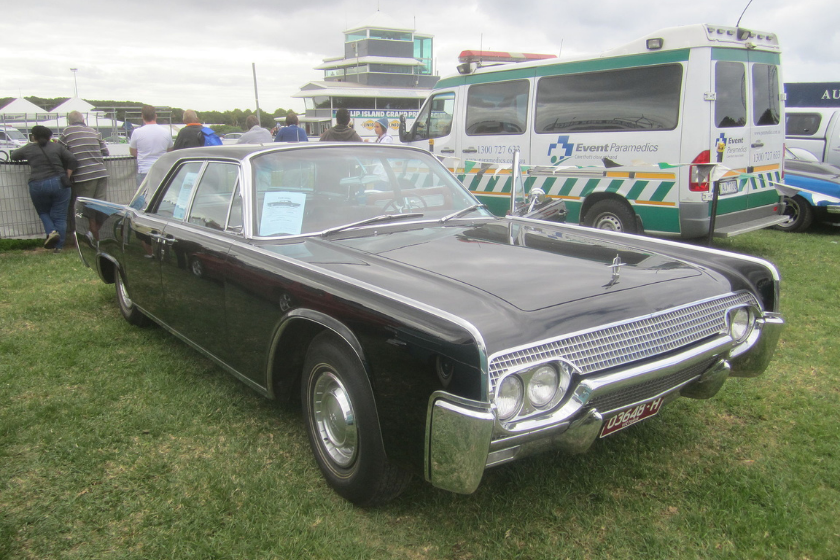 Many remember the fourth-generation Lincoln Continental as the car in which President John F. Kennedy was assassinated in 1963, but the car's brush with infamy doesn't take away from its well-deserved place in the gearhead's lexicon.

The Lincoln Continental was a massive seller throughout the '60s, largely because of its beautiful interior and rear-hinged "suicide doors." Car owners with some cash to throw around were looking for step up in luxury in the '60s, and Lincoln gave the people what they wanted.

READ MORE: 15 Cars of the 1950s That Packed Power and Style Into One