In the automotive world, the term horsepower tends to get thrown around quite often. What does it actually mean though?

Yes, we know it to be a unit of measurement for the power outputs of our engines, but how much horsepower does a horse have? Is one horsepower actually equal to the peak power of a horse? To put it simply, no, and it's a common misconception. Turns out there's a little more to it than that.

An actual horse can produce a maximum power of 15 horsepower. Humans are closer to just one. Even though it seems strange that a horsepower wouldn't be equal to the output of a horse, there is an explanation. Below, we'll learn a little bit about where the term "horsepower" originated, and what it actually equates to.

The Origins of Horsepower 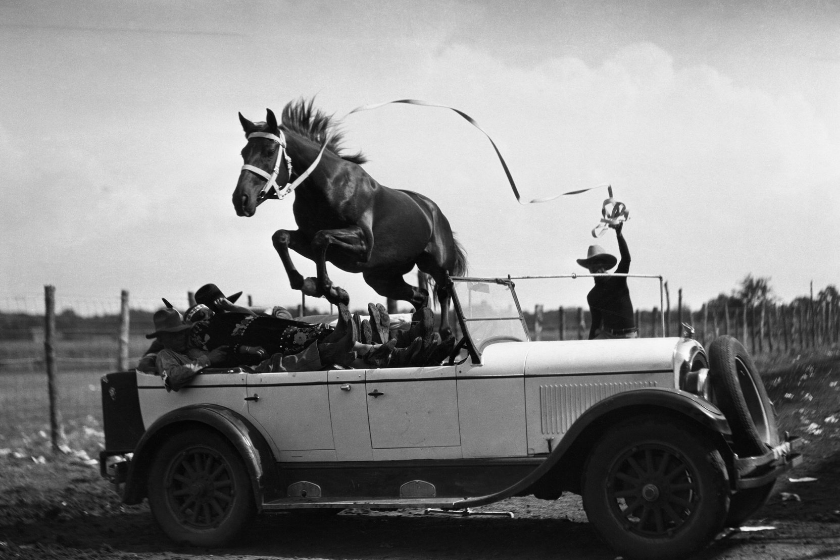 It started back in the late 18th century, when Scottish engineer James Watt was making significant improvements to the steam engine. There was a short period of time when Watt had to find a way to actually convince people to buy it. It was an expensive engine to purchase, and if he claimed that it produced the same short-term amount of power as the average horse, no one would want it, because they already had work horses.

Instead, he coined the new unit of power, horsepower, and made it equal to the amount of work a horse was capable of in a full day. Even though a horse can produce a peak output up to 15 horsepower, when you take the average output of the horse for the whole day, it's a much smaller number. This made it so that he could advertise the engines with higher horsepower, and they instantly became a much more tempting purchase.

Originally, horsepower was applied to steam engines, but it later expanded to also measure the engine power of piston engines, electric motors, diesel engines, turbines, lawn mowers, and all kinds of other machinery.

In the world today, we still use this term. When you check out a new car, you'll see two numbers: horsepower and foot pounds (ft-lbs) of torque, which will be SAE certified.

Horsepower is the measurement of power referring to an amount of energy transfer over time, and torque measures instantaneous rotational force. Essentially, horsepower means a higher top speed, and torque results in a faster acceleration.

Technically, not all horsepower is created equal. The power of an engine may be measured at several points in the transmission of the power from its generation to its application. This is where a number of different names come into play.

We could dive deeper into the mathematics of horsepower, but this isn't a physics course. We'll save that for the folks with the engineering degrees.

READ MORE: Get Rid of Pesky Odors and Improve Your Car's Air Quality With These Cabin Air Filters