The 1950s was a crucial decade for the American car industry. Besides horsepower becoming an increasingly important factor during this time, which led to the foundation of the muscle car era, there were also a number of technological innovations either invented or mass produced during the years known as the "Happy Days." We're talking everything from air conditioning and automatic transmission to power steering, power brakes, and seat belts. Oh, and who can forget the development of the overhead-valve V8 engine?

Obviously, cars have come a long way over the past 70 years, but in the same way that we look back on early rock n' roll and the golden age of television with such reverence, we'd be remiss if we didn't pay a little bit of homage to 1950s cars.

We could go on and on about cars of the 1950s, and the culture surrounding them, but here we'll look at, in no order of rank, 15 of the most iconic cars from that pivotal decade. 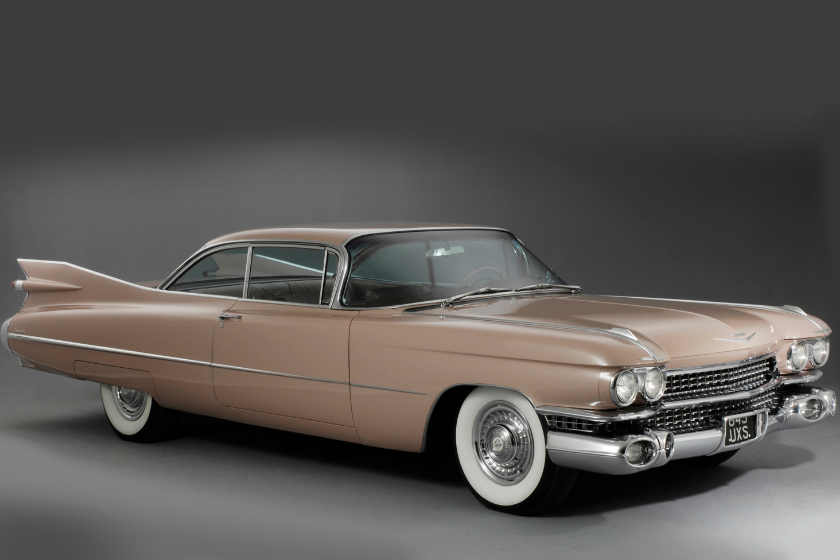 The '59 de Ville boasted a sleek aesthetic that defined the '50s. First off, you had those massive sharp tailfins with the dual bullet taillights; not to mention that sleek jewel-like grille pattern and the two distinct rooflines and roof pillar configurations. From a power perspective, there was the 390 cubic-inch V8 engine, which churned out 325 horsepower.

The Cadillac de Ville would go on for eight generations, but the '59 coupe snuck in at the tail end of the '50s and certainly left its mark. 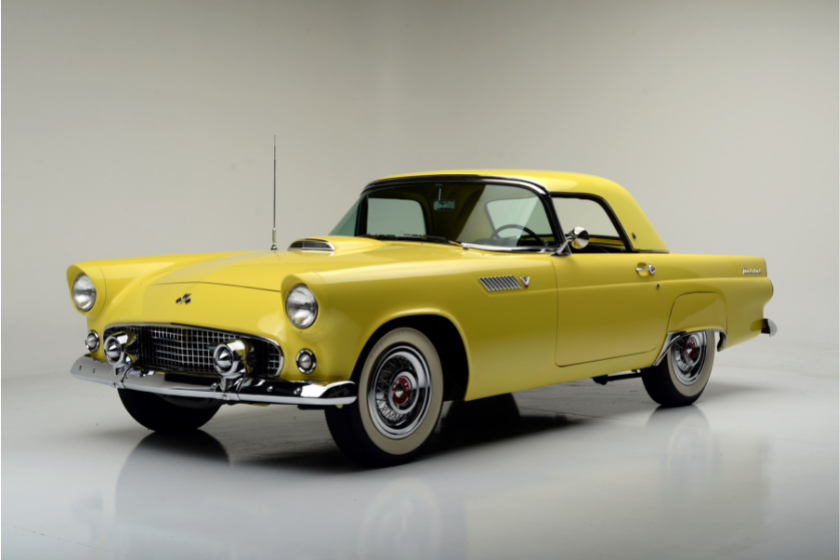 Photo by Barrett-Jackson via Getty Images

Unveiled at the Detroit Auto Show in 1954, the first-generation Thunderbird was the Ford Motor Company's answer to the Corvette, and boy, did it deliver.

The Thunderbird was stocked with a V8 that produced 193 horsepower, allowing it to reach 150 MPH. Even though it was initially marketed as a personal luxury car, the Thunderbird kicked off the sports car era for Ford and launched its heated competition with Chevy. 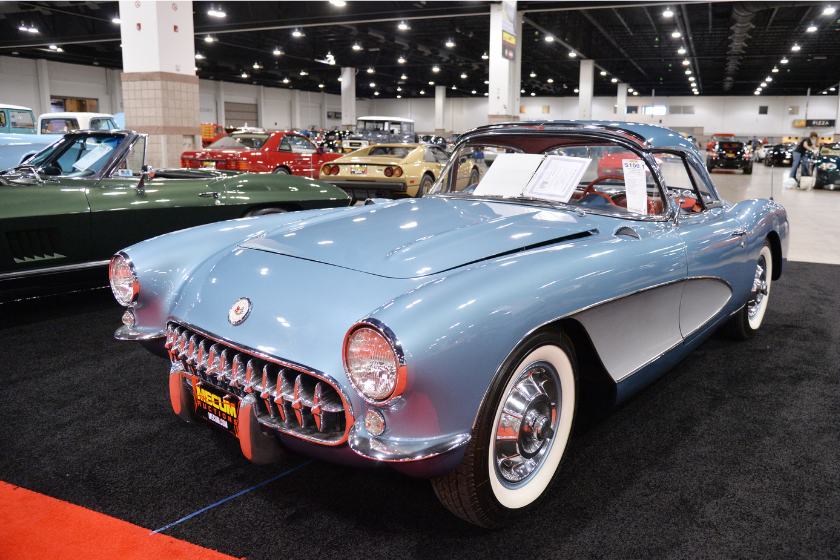 With the release of the Ford Thunderbird in the mid '50s, General Motors was compelled to revamp the Corvette so that it could compete on a performance level.

As a result, the '57 Chevy Corvette's engine was increased to 238 cubic inches, with fuel injection also added as an option.

Due to the new power improvements, the '57 Vette produced 283 horsepower and could reach the speed of 132 MPH. 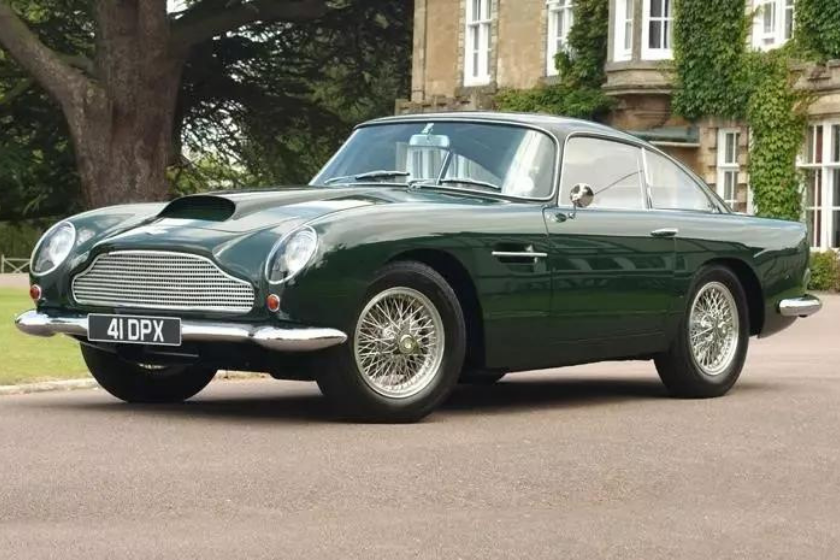 As if you couldn't already tell by now, the chief concerns for automakers in the '50s were power, power, and power.

Car manufacturers were intent on stocking their vehicles with an engine that got you more vroom for your buck. With that in mind, the DB4 GT Zagato was a more powerful version of Aston Martin's DB4, and it definitely got the job done.

Rocking a sweet race car-esque design, the DB4 GT Zagato had a 3.7-liter, six-cylinder engine that churned out 240 horsepower. You may remember how the Aston Martin DB5 was made famous by James Bond in the early '60s, and you better believe the DB4 set the stage in the late 1950s for what would become an iconic big-screen car. 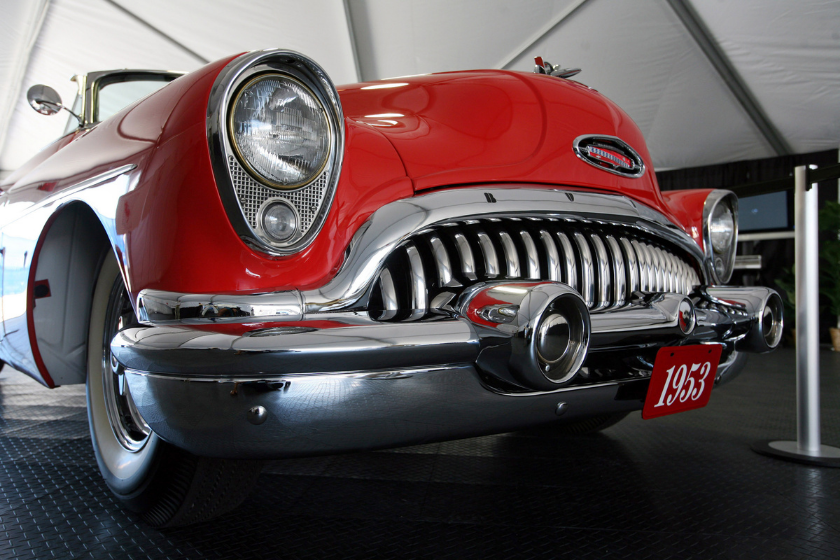 To mark Buick's 50th anniversary, the car maker produced the Skylark, which featured Buick's new 5.3-liter Nailhead V8 engine and a 12-volt electrical system. The Skylark stood out from a styling perspective, with whitewall tires, an impressive grille, and a swooping, waterfall-style front end. The Skylark ran about $5,000, making it one of the most expensive luxury cars at the time.

Man, how times have changed. 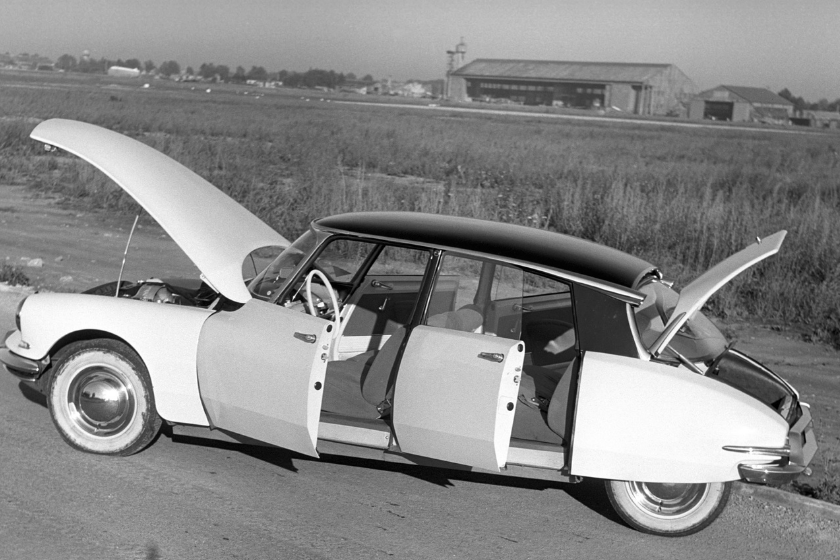 Plenty of cars are "ahead of their time," but the 1955 Citroen DS took the whole '50s Space Age craze and really ran with it.

Sporting that futuristic look, the now-classic car became the first mass production car to be equipped with hydropneumatic suspension and disc brakes. Handling was also improved with the introduction of a new steering wheel style and a semi-automatic gearbox. 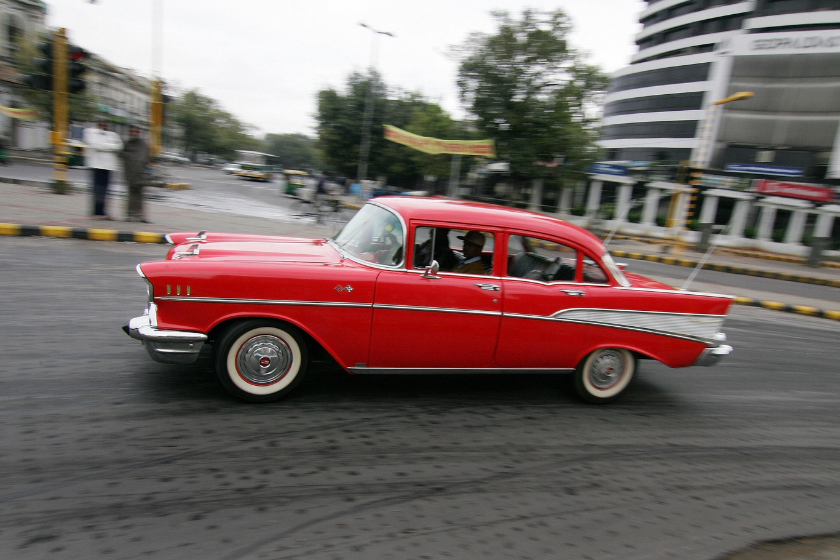 The Chevy Bel-Air went through four generations in the '50s and took dealerships by storm from the jump, but the '57 model is widely considered to be the most iconic.

For this model year, Chevy replaced the previous engine with the Super Turbo Fire V8 that churned out 283 horsepower at 6,200 rpm and 290 lb-ft of torque at 4,400 rpm.

This gave the Bel-Air the same power specs as the Corvette, and if you share anything with the Corvette, you know you're on the right track. 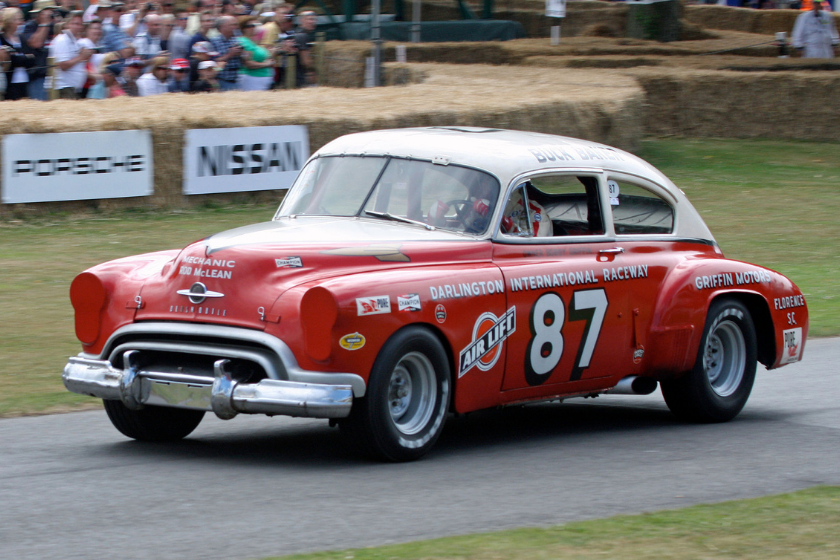 Stocked with Oldsmobile's Rocket V8 engine, the Rocket 88 dominated the sport of NASCAR in the early '50s and is considered to be the first muscle car.

Fun fact: this car also inspired the song Rocket 88, which is wildly considered to the first rock n' roll record. Clearly, it's in a good company of firsts. 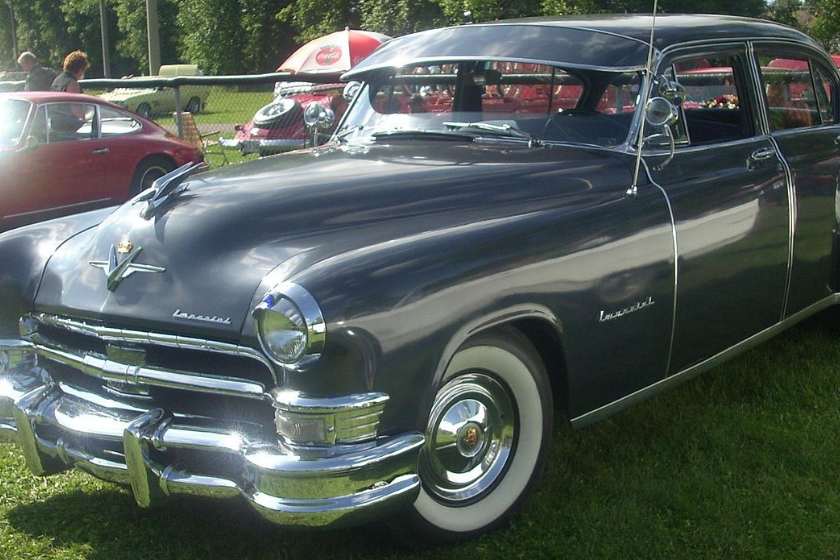 Boasting a massive Hemi engine, the Imperials of the 1950s rocked that signature luxury styling.

The car was one of Chrysler's highest-priced models at the time, but hey, they called it the Imperial for a reason. 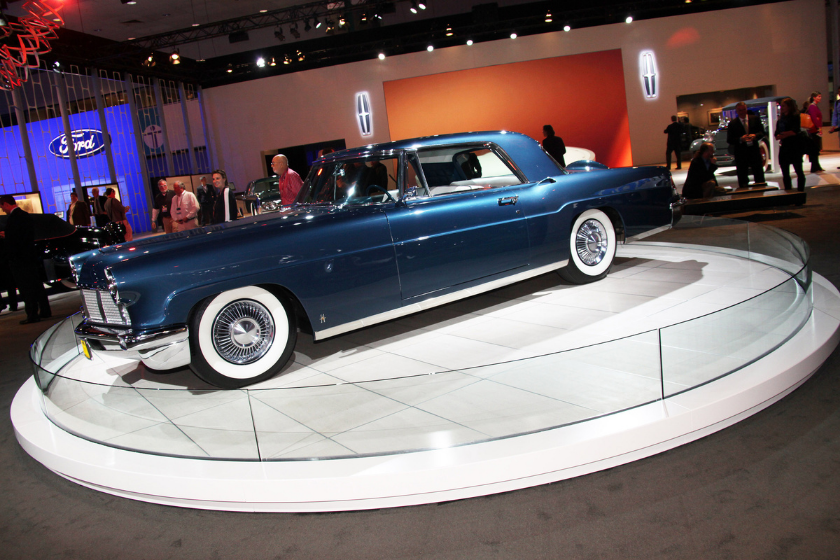 You couldn't really find a more expensive car in the mid '50s than the Continental Mark II. 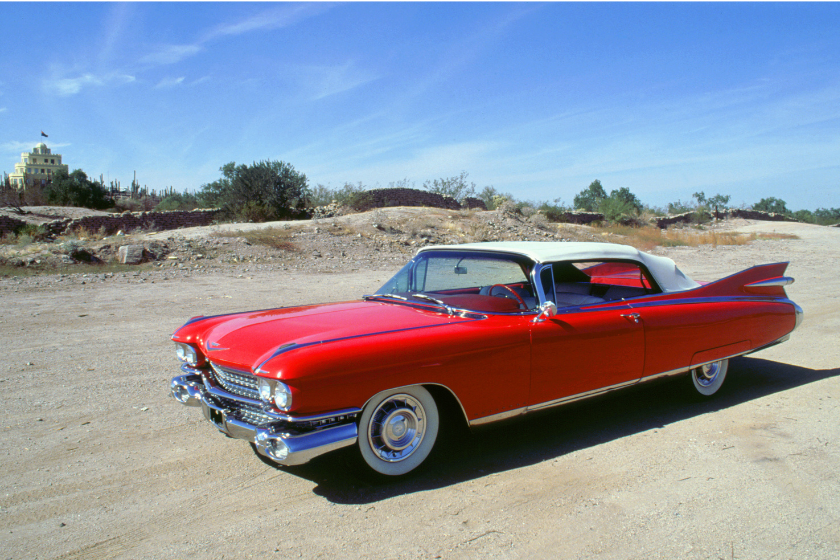 You're probably starting to notice the super-expensive, luxury theme with these last few entires.

The Eldorado wasn't just expensive, though; it was also stocked with a 390 OHV V8 that produced 345 horsepower, making it one of the few cars of that time to churn out almost 350 horsepower right out of the factory.

Sleek styling with ridiculous power under the hood? Some gearheads really could have it all. 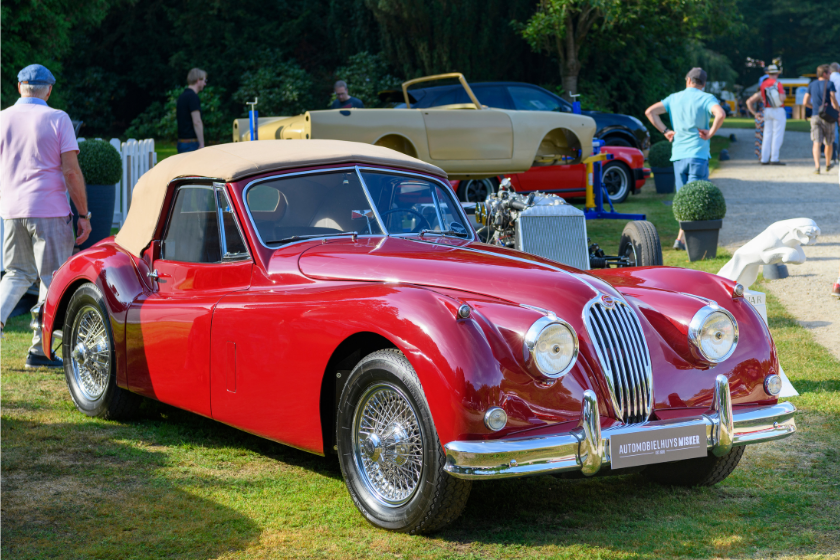 Originally intended to only be a limited-edition car, the XK150 was in such high demand that it eventually became mass produced. This beauty came equipped with had a 3.4-liter, double-overhead-cam inline-six engine that generated 160 brake horsepower. 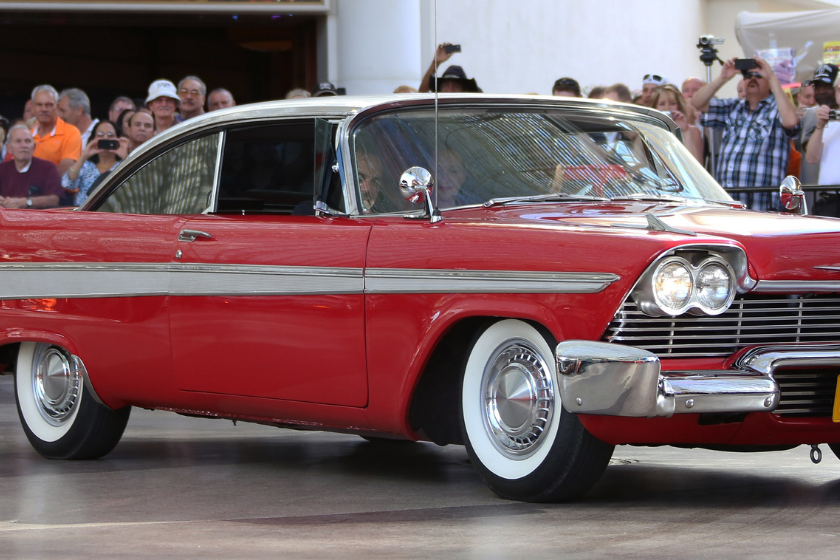 The Plymouth Fury is particularly iconic for its place in pop culture, as you may remember it as the murderous car from Stephen King's Christine. But, way before its fictional status as villainous vehicle, the car began as a sub-series of the Plymouth Belvedere.

In '58, the Fury came equipped with the Golden Commando V8 engine with 305 horsepower. 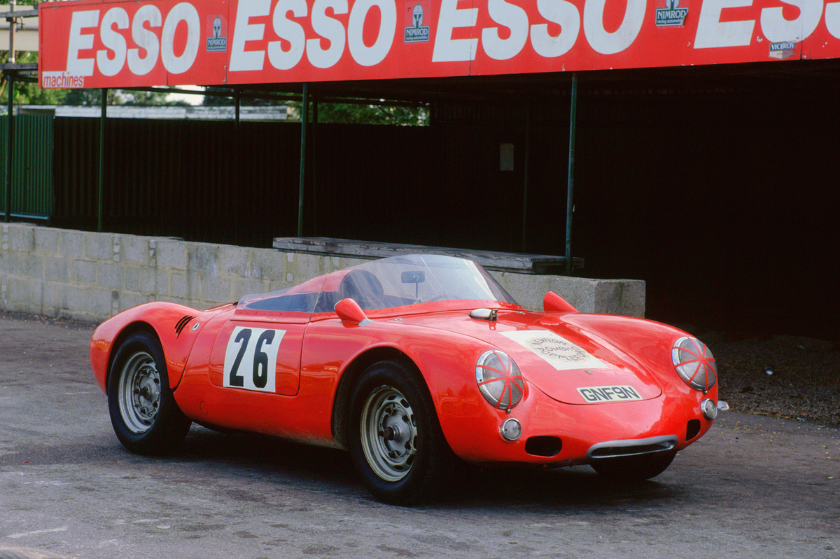 Like the Plymouth Fury, the 1955 Porsche 550 Spyder is iconic for its cultural impact, as it was the car that actor James Dean was driving in during his fatal crash.

Whether or not Dean's "Little Bastard" Porsche was cursed or not is up for debate, but what isn't is the Porsche 550's powerful engine and impressive racing history. 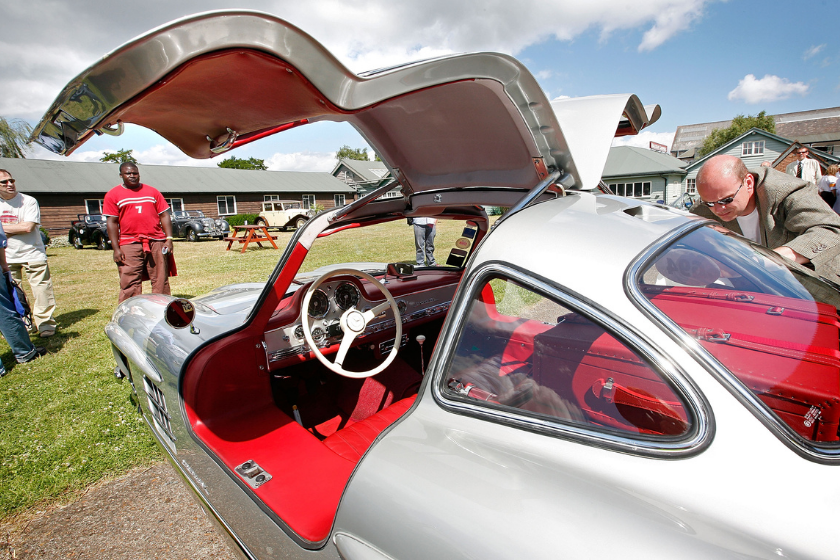 Right off the bat, the gull-wing doors on the Mercedes-Benz 300SL set it apart from any other car manufactured at the time.

It was the first car to use the direct injection engine technology, which boosted the car's power by nearly 25 percent, making it one of the fastest sports cars at that time.

From the development of the Ford F-Series to the production of underrated muscle cars and hot rods like the Hudson Hornet, Rambler Rebel, and Studebaker-Packard Hawk, the 1950s were rife with automotive innovation. This is the decade when cars were becoming sleeker, bolder, and faster. When car owners expected their rides to look good and pack power.

Many of the models mentioned here still sell for big bucks at car auctions, while others simply serve as mementos of an exciting time in car culture. Simply put: It's hard to think of a word other than "iconic" when describing the best cars of the '50s.

READ MORE: 16 Cars of the 1960s That Revolutionized Gearhead Culture