The Studebaker Hawk Got Mixed Reviews During Its Time, But Today Is Considered an Underrated Classic 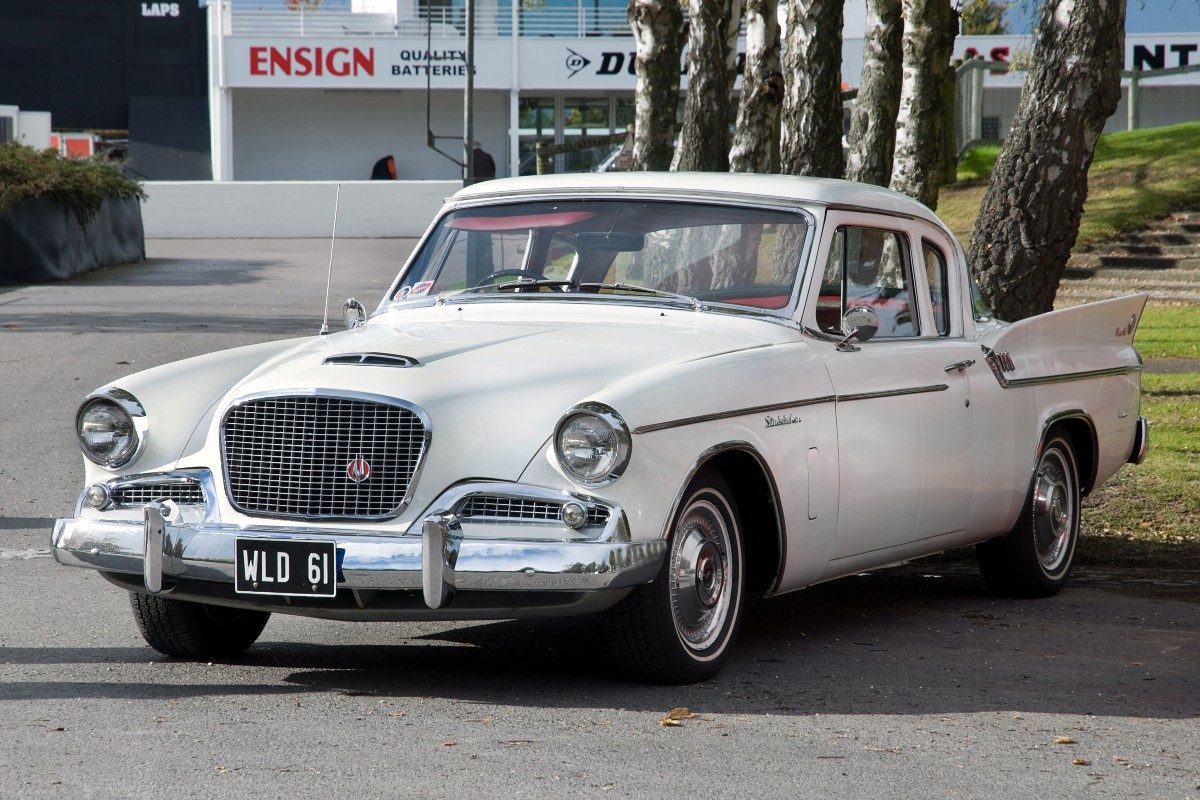 Although the Studebaker Hawk was a precursor to the body style and power capabilities of the classic American muscle car, these days, you don’t hear much about Studebaker’s influence. By 1963, Studebaker sales were in a death spiral that eventually pushed Studebaker out of the motor vehicle market. Had they stayed in the automotive industry, would the Studebaker Hawk bet getting more attention as a classic car? Let’s take a look at a few of these Studebaker Hawk models to find out.

For three production years, the Studebaker Golden Hawk was the top-of-the-line Hawk. Some have argued that the Golden Hawk was, in fact, the first American muscle car ever produced.

The Hawk was the last car until the Avanti in ’62 to have its styling influenced by design icon Raymond Loewy. Introduced as the Studebaker Speedster, the Golden Hawk had a basic shape similar to the Studebaker Champion and Commander hardtop coupes that came before it. To set it apart, the Hawk had a large grille and raised hoodline. At the rear, it had a raised, squared-off trunklid and vertical fiberglass tailfins.

The Golden Hawk’s raised hood helped accommodate a more powerful V8 engine than its Studebaker predecessors. With aggressive styling and lots of supercharged power, the lightweight Golden Hawk Supercharger was able to accelerate with the best of its time. In fact, for its July 1956 issue, Speed Age magazine tested the Golden Hawk against the Chrysler 300B, Ford Thunderbird, and Chevrolet Corvette. The tests found that the Golden Hawk, which had a top speed of 125 MPH, could out-perform all three in both 0-60 MPH acceleration (7.8 seconds) and quarter-mile times.

In the final model year of production, the Golden Hawk only sold 878 models. And, with an all-gold paint job, it’s no wonder. Now, we aren’t saying that a golden Studebaker Hawk was a bad idea, we’re just saying that it’s ugly, on-the-nose, and no wonder no one wanted to buy it at dealerships. That’s all.

That said, the Golden Hawk did later appreciate some later renown as a classic. In 2011, Barrett-Jackson auctions sold a 1957 Studebaker Hawk for $99,000.

For the second, third, and fourth years of production, the three standard models below the Golden Hawk, the Flight Hawk, Power Hawk, and Sky Hawk were condensed into the single Silver Hawk model. And, after the discontinuation of the Golden Hawk, the Silver Hawk took over the mantle for two more years as the only Hawk on the market, referred to as just the Studebaker Hawk.

After the Silver Hawk’s final two years were up, the Gran Turismo Hawk finished out the production life of the Hawk. Although Studebaker’s motorcars had become somewhat of a money dump, the GT Hawk did exceed sale expectations. However, the damage had already been done to the Studebaker finances, and by 1963, the decision had been made to diversify into other industries while pulling out of the automotive market.

So, Classic or Clunker?

The Studebaker Hawk didn’t gain much of a reputation during its lifetime, however, nowadays, it’s seen as quite desirable. The fact that the Hawk so heavily influenced the muscle car industry — dominated by the likes of the Chevy Camaro, Corvette, and the Shelby Mustang — leads us to say that the Studebaker Hawk is, in fact, a classic piece of automotive history.