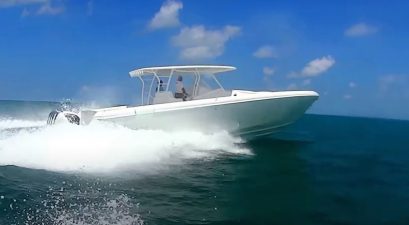 This 2,228-HP Boat Is Built for Speed and Luxury 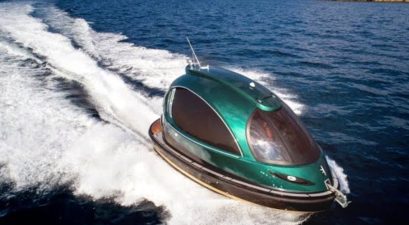 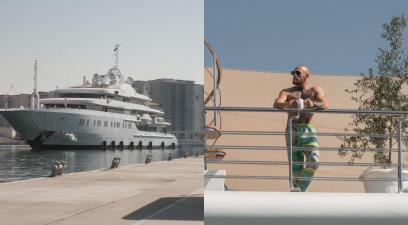 Jay Ohrberg is the most famous car collector and customizer that you’ve probably never heard of. If you’re not familiar with his name, you definitely know his work. He’s designed tons of vehicles for TV and movies, including The General Lee from The Dukes of Hazzard, the DeLorean from Back to the Future, and the Ford Gran Torino from Starsky and Hutch.

Oh, and there’s more. We’re talking KITT from Knight Rider 2000, the Batmobile from Tim Burton’s Batman Returns, the Ecto-1 from Ghostbusters, and the car from Flintstones. Needless to say, Ohrberg’s an absolute legend and most of his creations will live on forever. Now, there’s a reason we included an emphasis on most…

One custom car Ohrberg is also known for is “The American Dream,” a.k.a. the world’s longest car. This massive 100-foot-long limousine, consisting of several Cadillac Eldorados, is hinged together at the hip in the middle. With a 75-person capacity, this thing had it all: a putting green, a king-sized water bed, a pool, a satellite dish, a helipad, and a jacuzzi.

However, despite all its former luxury, it spent many years pretty much wasting away as a rotting pile.

What Happened to the World’s Longest Car?

Back in 2016, Doug DeMuro wrote a great piece for Autotrader on this sadly decaying Guinness World Record holder.

The current condition is beyond rough, with several wheels missing, visible body damage, an interior largely stripped out and open to the elements, missing windows and missing trim. Alas, the American Dream is dead… in limo form, anyway.

It turns out that there may be a silver lining to this story though, as DeMuro also points out that Ohrberg’s luxury car creation may have been saved by the Autoseum in Mineola, New York. Here’s hoping that really is the case. It’d be a real shame for such an awesome ride to go to waste.