Alt_Driver NASCAR Power Rankings: a new driver moves into the top 5 after The Clash 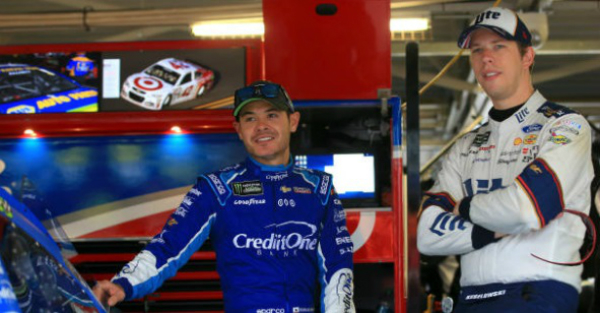 Each week, we?re ranking the top 10 drivers in the NASCAR Cup Series. Our rankings will be somewhat reactionary, but we won?t panic if a top driver has one bad race because it?s bound to happen to even the best drivers at some point during the season.

Not every Cup Series driver was eligible to participate in The Clash at Daytona, but the ones who did were able to get 75 extra laps in at Daytona International Speedway before the real season starts on Sunday.

There wasn’t too much movement in our rankings, but we did a have a few changes. As always, feel free to leave your thoughts on our rankings and tell us who you would have in the top 10. Last week’s rankings are in parentheses.

Nothing changed at the top despite Truex not performing at his best at The Clash. Truex also qualified 26th for the Daytona 500, which isn’t ideal, but it’s way too soon to panic about the defending Cup Series champion.

Related: Martin Truex Jr. may have gotten the best news of the year, before the season even starts

Busch closed the gap but still has to defer to the reigning champ. He performed better than Truex at The Clash, and qualified fourth for the Daytona 500. He and Truex are the two drivers to beat until further notice.

Keselowski is the biggest mover from last week to this week after his first career win at The Clash. Kes qualified 19th for Sunday’s race, but he got his season off to a good start with a win in the exhibition race. Winning The Clash doesn’t necessarily guarantee success during the ensuing season, though. The last driver to win The Clash and a Cup Series championship in the same year was Tony Stewart back in 2002. Last year’s Clash winner, Joey Logano, didn’t even make the playoffs. But Kes is coming off of a season where he competed for a championship, and he should be back in contention this year.

Related: Brad Keselowski shows why he should stick to racing

It wasn’t necessarily a bad week for Larson, but he probably would’ve liked better results heading into the season. He finished 10th at The Clash and qualified 22nd, and after last year’s late season engine troubles, it will be worth monitoring if he has any mechanical issues to start this season.

Related: Kyle Larson can drive anything, so he?s a popular pick among other drivers in a dangerous sport

Harvick had a solid week leading up to the first race of the season. In typical Kevin Harvick fashion, it was productive but not flashy. He finished ninth at The Clash and eighth in qualifying. He’ll be a factor for the championship this season as always.

Elliott finished 13th at The Clash and 10th in qualifying. He’s still looking for his first career Cup Series victory, and it wouldn’t be surprising if he left Daytona with a win this weekend.

Related: Chase Elliott gets the biggest vote of confidence from a NASCAR legend

Johnson hasn’t finished a race at The Clash in seven years, and he just narrowly missed out on finishing the race this year. He completed 74 of 75 laps before wrecking out, and he ended up finishing 12th. However, he was third in qualifying for the Daytona 500, and his new Camaro looked great.

Related: Jimmie Johnson can?t shake the curse of the Clash

The 2016 Daytona 500 winner finished sixth at The Clash, and he finished second during qualifying. His no. 11 looked terrific last weekend, and he’s a threat to win the race on Sunday and make a big move in next week’s rankings.

Logano nearly pulled off the repeat at The Clash, but he finished second behind his Team Penske teammate Brad Keselowski. He also qualified 11th, and his performance during both should give him some confidence heading into the season.

Related: Dale Jr. agrees with an idea to make the Clash a more entertaining race

Bowman makes his first appearance in the rankings as Ryan Blaney falls out for the week. Blaney didn’t have a bad week ? he finished fourth at The Clash and 15th in qualifying ? but Bowman earned a spot in our rankings after his blistering time during qualifying. Bowman won the pole for the Daytona 500 after going 195.644 mph during qualifying, and he proved he can be more than simply Dale Earnhardt Jr.’s replacement in the Cup Series.

Related: ?The Riddler? gave his new driver the same treatment that used to frustrate Dale Jr.