Kyle Larson can drive anything, so he’s a popular pick among other drivers in a dangerous sport 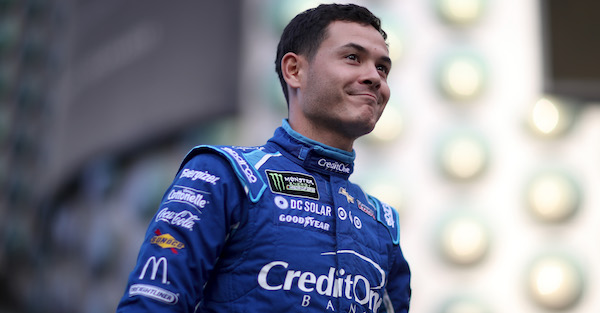 The Winter Olympics are here, and one of the most popular and dangerous events is the bobsled.

Several Cup Series drivers were asked which drivers they would select to form their four-man bobsled team, and the drivers gave plenty of hilarious answers and reasons for why they selected certain people.

The most common pick was Kyle Larson because of his ability to drive just about anything. Chase Elliott wasn’t sure if you need heavier people or drivers who don’t weigh as much. Ryan Newman was a popular choice to serve as an anchor, and he even agreed with the decision. Ryan Blaney picked Newman, though he quipped “if he can fit in the bobsled.”

Jimmie Johnson was a popular choice because he’s in such good shape, and he actually chose two retired drivers in Matt Kenseth and Carl Edwards, along with Jamie McMurray. Johnson said he’d have to drive because there’s no way he’d let anyone else drive.

A few drivers picked Joey Logano because he actually has experience in the bobsled.

It’s safe to say a bobsled team involving NASCAR drivers probably wouldn’t do so well in the Winter Olympics. It sure would be fun to watch, though.

Which four NASCAR drivers would you choose? Let us know!