Martin Truex Jr. may have gotten the best news of the year, before the season even starts 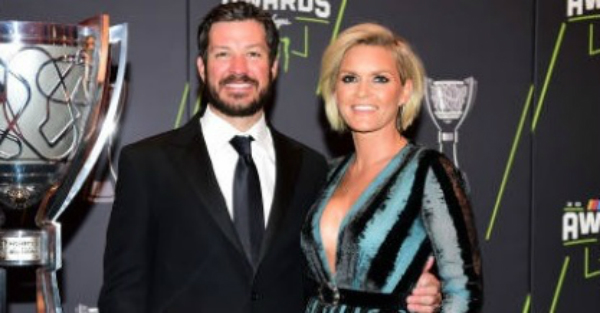 RELATED: Winning the Cup Series gives Martin Truex Jr. and Sherry Pollex a platform for a cause dear to them

Martin Truex Jr.’s longtime girlfriend and life partner Sherry Pollex has been battling ovarian cancer since 2014. But Pollex took to twitter to share some great news about her current status, according to NASCAR.com.

Pollex announced that she had just completed her final chemotherapy treatment after undergoing them for six months. To celebrate the milestone she rang “the hell outta” a bell at the doctors office to let it be known that her treatment is now complete.

Pollex and Truex have used her experience as a platform to bring awareness to the cause. The Martin Truex Jr. Foundation’s annual ?Catwalk for a Cause? charity event raises funds and awareness in the fight against ovarian and childhood cancers. Last year’s event alone brought in over $500,000.

The news is nothing short of amazing and it’s one less thing for the couple to worry about as they get ready to kick-off the season at the Daytona 500.