‘The Riddler’ gave his new driver the same treatment that used to frustrate Dale Jr. 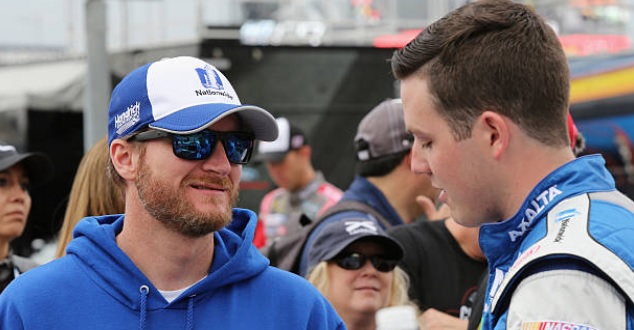 Alex Bowman won the pole for the Daytona 500, and it was a major accomplishment the new driver of the No. 88 car.

It was an exciting day for Bowman, but his enthusiasm wasn’t exactly matched by crew chief Greg Ives.

Ives is known for being reserved and often emotionless, and his demeanor used to frustrate Dale Earnhardt Jr. Bowman refers to Ives as “The Riddler,” and he said Ives even sounded depressed while talking to him after qualifying.

Related: Dale who? Alex Bowman ready to take the No. 88 back to victory lane

Ives said he likes to keep his cards close to the vest, and he said he’d even made a riddle card to help Bowman out with whatever message he’s trying to convey. He and team owner Rick Hendrick said they like the energy Bowman has brought to the team, and Ives and Bowman should balance each other out this season.

“It?s nerve-wracking,” Ives said via NASCAR.com. “These kids are fearless. They just stand on the gas and go. The fun part is when you?re running well and you?re fast. It?s never fun to not be, and that?s our goal this year. We want to show that we?re a team as Hendrick Motorsports. That?s what I?m calling our team. We?re not individuals, the 88. We?re a whole Hendrick group that?s looking for great things this year.”

Bowman and Ives had a great start by qualifying for the pole, and the team will look to start the season out on a positive note on Sunday at the Daytona 500.