Dale Jr. agrees with an idea to make the Clash a more entertaining race 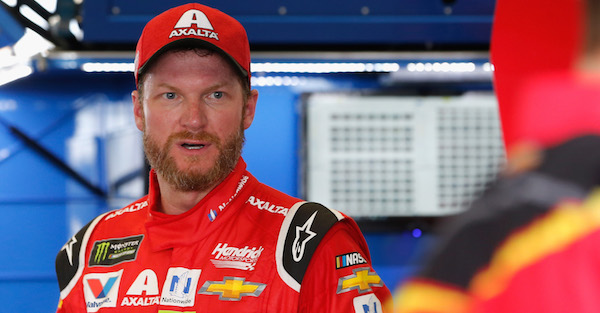 The Clash at Daytona is only 75 laps, and this year there were only 17 drivers in the field.

But some drivers thought this year’s Clash wasn’t very entertaining, including Kyle Busch. Busch said the race was too “single file,” which isn’t normally how it goes at The Clash.

“The race was kind of backwards,” Busch said via Motorsport. “Early on, we were getting kind of dicey and more things happening then instead of later in the race.

“The second half was kind of single file. Normally, it?s the other way around. It was just unfortunate that we got caught up in that and I wish we were a little farther ahead at that time.”

Dale Earnhardt Jr. was surprised people didn’t enjoy the race, and he said he enjoyed watching it play out. But a fan on Twitter presented a suggestion to him to improve the race. He said the race should only be 30 laps with no pit stops.

I think The Clash should be a 30 lap shootout. No pit stops needed. Just race. At least it’s for only the previous years pole winners again like it should be.

Dale Jr. agreed, and he said that change would make it a “true sprint.”

Having no pit stops would be very unique and entertaining, and a 30-lap race would be fun to watch. A 75-lap race isn’t that long, but if they trimmed it down, it could result in a better product.

It’s unlikely NASCAR decides to move to a 30-lap sprint for The Clash, but it would be fun to see at some point.