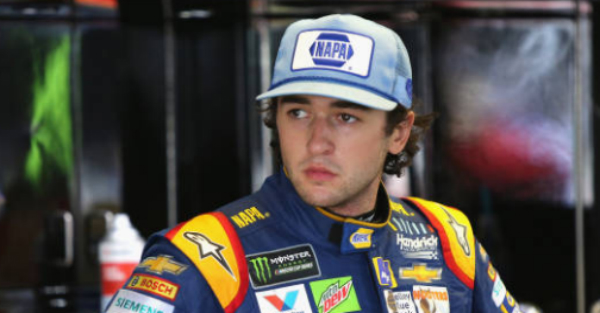 Chase Elliott will be entering into his third full-time season in the NASCAR Monster Energy Cup Series in 2018, but thus far he’s been unable to get over the hump.

In 77 career races he’s had 22 top-5 finishes with seven of them being second place finishes. The talent level is most definitely there, but for some reason or another he just hasn’t had his day in the sun — yet.

Elliott is the son of NASCAR legend and 1988 Cup Series champ Bill Elliott. Chase has driven the No. 24 Chevy the past two seasons since Jeff Gordon walked away from the sport. But entering into the 2018 season Chase has decided to switch things up and go with the No. 9, which is the same number his father ran for the majority of his career, which  included his winning 1988 season.

RELATED: Rick Hendrick heaps praise on one of his young guns

Now with a new new season and a new number, hopefully Chase’s fortune will change for the better. One person that’s in his corner and is looking forward to this season is none other than Hendrick Motorsports team owner Rick Hendrick.

Hendrick shut down his legendary No. 5 car — which had been driven by greats such as Ricky Rudd, Terry Labonte, Mark Martin, and Kyle Busch to name a few — in order to get the No. 9 for Chase to run in 2018.

“You have to look at what’s good for NASCAR and Chase in the No. 9 car is good for NASCAR,” Hendrick said. “There are a tremendous amount of grass-roots fans that pull for Bill Elliott and the No. 9.”