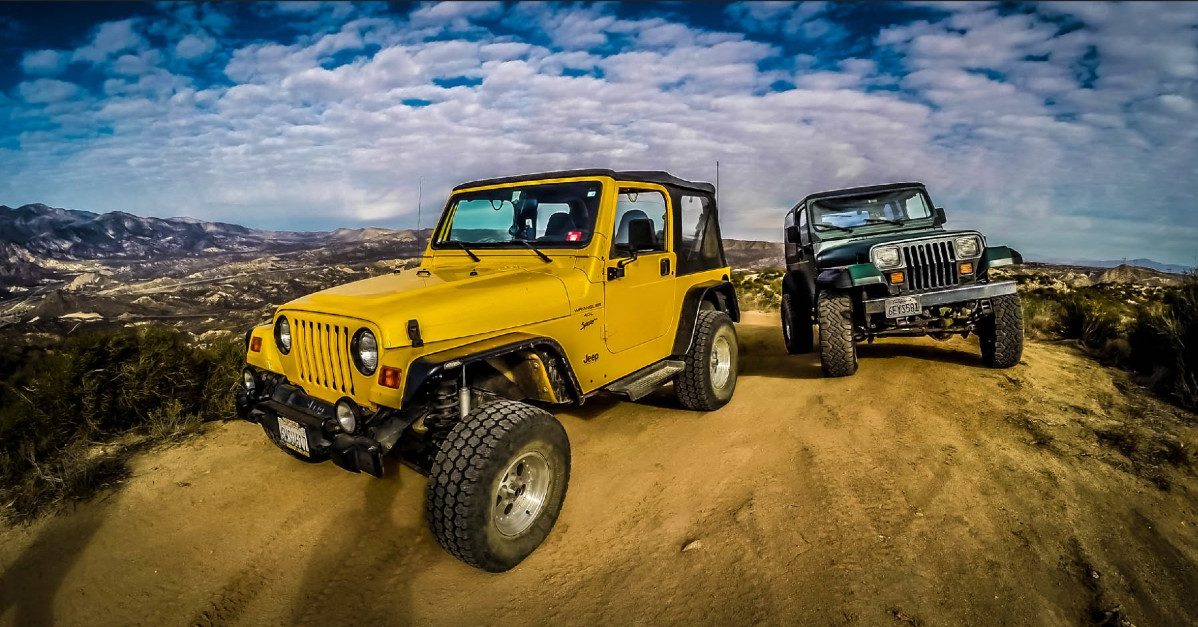 While the Jeep Wrangler YJ had a good run from 1987 to 1996, behind the scenes, Jeep was working on its successor known as the TJ. It was originally introduced to the public in 1996, however, Jeep had been working on the development of the TJ Wrangler since 1990. This generation brought a re-engineered update to the four-wheel drive off-road SUV.

The TJ was the last generation to have that classic Wrangler body style, and also the last time that the famous straight-six engine would be available. Thankfully, they also brought back the round headlights over the squares. Let’s look at what made this Wrangler so awesome.

A Brief Look at the Jeep Wrangler TJ

Jeep ditched the traditional leaf spring suspension, and updated it with coil-spring suspension in both the front and the rear. It was based on the Jeep Grand Cherokee, with the intent of giving the vehicle a smoother ride and better handling. The Jeep Wrangler SE came with the 2.5L AMC inline-4, but nicer models like the Jeep Wrangler Sport, Sahara, and Rubicon came with the 4.0L AMC Inline-6 engine (same one as the Jeep Cherokee). In 2003, they actually replaced the 2.5L with a 2.4L that was previously used in the Chrysler PT Cruiser. Hooked up to the engine was a 5-speed manual transmission, though owners could also opt for the automatic transmission. Visually, the TJ seemed to have taken a step backward, as its design seems to somewhat resemble the CJ models.

So realistically, the Wrangler TJ was pretty much the same as the YJ other than the suspension and minor styling changes at first. But, as the years continued, they started to differentiate the two significantly. The whole goal of the TJ was to make the sport utility vehicle more comfortable and usable on a daily basis, but they wanted to incorporate more off-road capability as well. Jeep still offered both the hard top and the soft top, and made many changes to the fabrics, interior colors, and exterior colors throughout the TJ’s years. They standardized a 19 gallon fuel tank by 1998, and the Jeep’s fuel economy was roughly 18 MPG.

By 2003, you could really get a decked-out, four-wheel drive vehicle from the factory, since the drivetrain on a Rubicon included Dana 44 front and rear axles, 4.11 gearing, and heavy-duty driveshafts with 1330 U-Joints. Diamond plate rocker guards, fender flares that were one-inch wider than standard, and tons of other equipment were available as well. You could also go for the Jeep Wrangler Sahara, which offers a lot of the same options. Whether you’re talking Chevrolet, Nissan, Toyota, Mitsubishi, or any other car manufacturer, none of them were producing a vehicle with this kind of hardcore equipment in them.

Newer Jeeps from the dealership can be expensive, but you can find a Jeep TJ for sale on most used car websites that’ll offer some tempting price drops. It’s been an extremely popular model, especially if you’re planning to deck it out with aftermarket parts, like fog lights, suspension lift kits, sway bars, or skid plates

All things considered, I feel that the Wrangler TJ was one of the best Jeep generations, if you’re into the classic Wrangler styles. The way they drive just makes you want to take some back roads and hit some trails. If you ever get a chance, take one for a test drive and see for yourself.