The 2018 Jeep Wrangler combines a familiar face with big changes 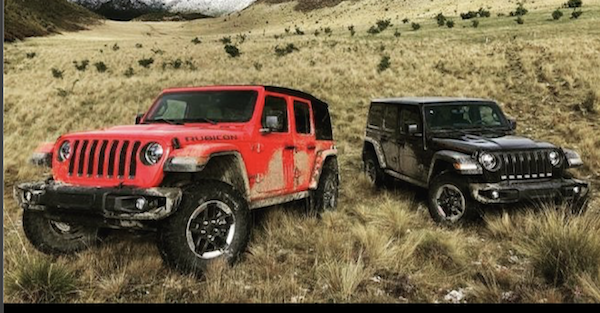 The new 2018 ?JL? Jeep Wrangler won?t be in showrooms until January, but as it makes its debut at the LA Auto Show, information on its new tech, features and powertrain options has been plentiful.

The new Wrangler uses a body-on-frame platform that weighs 100 pounds less than its predecessor. Like many new cars, aluminum helped drastically in the weight department with the hood, windshield frame, doors and front fenders being made with the rust-proof material.

Under the hood, there will be three possible engines. The first is a 2.0-liter turbo four-cylinder, that pumps out 270 horsepower and 295 pound-feet of torque. This new engine option features what FCA calls eTorque, which is a form of mild hybrid. It offers start/stop functionality, regenerative braking, and electric power assist that FCA claims will improve off the line launches.

The 3.6-liter Pentastar V-6 returns with 285 horsepower and 260 pound-feet of torque, and we will finally get a diesel option in 2019. Four-door Wranglers will have an option for the same 3.0 liter Ecodiesel already available in the Grand Cherokee and Ram. This engine produces 260 horsepower and 442 pound-feet of off-roading torque.
Transmission options will include a new six-speed manual and an eight-speed automatic that replaces the old five-speed.

The interior has been completely rethought with luxury and high-tech in mind. There will be an optional 8.4-inch Uconnect infotainment screen, nicer materials including soft-touch surfaces, and a Sky one-touch power top that retracts the canvass roof just like a normal sunroof. The windshield now folds down in a couple of minutes vs. over an hour with the outgoing model, although most will still just leave it alone.

The Jeep will keep its iconic look with much of the exterior styling staying the same, and off-roading capabilities continue to evolve. There will be two different four-wheel-drive systems available, 33-inch tires on the Rubicon, skid plates and over 200 additional accessories offered through Mopar.

The new JL Wrangler is an impressive package that retains tradition and shows a major improvement where it counts. Stay tuned for more info as we get closer to January.