We've all heard that electric vehicles, or EVs, are the "next big thing." But, for those of us who have been following auto industry trends for more than a week or so have seen plenty of "next big things" come and go the way of the dinosaurs.

Sure, some developments have been very good. Anti-lock brakes are pretty fantastic, as is power steering, especially if you've piloted a vehicle that lacks these particular features. Airbags have become standard, and the super-techy "rear view camera" that appeared roughly a decade ago is now a staple of the modern American driving experience.

But, there are some automotive trends that came and went very, very quickly, and for good reasons. The following scary stories tell us something very important about following trends too quickly and putting all of your eggs in one basket.

Even in the dawn of automotive manufacturing, engineers were looking for innovative ways to make cars work better and drive longer. In 1919, General Motors purchased Dayton Engineering Laboratories Co, a.k.a. Delco, in the hopes that Charles Kettering's innovative approach to mechanics would benefit their company. After all, he had already blessed us with the electric starter used in the Cadillac, and even laid the groundwork for the modern automobile's electrical systems.

Kettering had pitched a really great idea, too. His concept was an overhead-valve inline four that was air-cooled with copper cooling fins, instead of using the water-powered radiator, or the already-in-development cast iron air cooling system. Kettering's version was cheaper, lighter, and reduced the need for complex plumbing within the car.

Except the team wasn't able to get it to work. A May 28, 1923 report indicated "the engine pre-ignites badly after driving at moderate speeds...it shows a serious loss of compression and power when hot." In a nutshell, everyone on the mechanical side recommended the project continue development. Nevertheless, corporate persisted, and 759 of the proposed 10,000 vehicles were completed. 500 had already left the factory, of which 100 were already in the possession of paying customers. To their credit, GM did what they needed to do and destroyed all of the Series-C copper "cooled" vehicles by June...except two. One is in the National Automobile Museum of Reno, Nevada, while the other haunts The Henry Ford Museum in Dearborn, Michigan.

Moral: Don't rush your vehicle through R&D. Instead, sell the public something that works as it's supposed to. 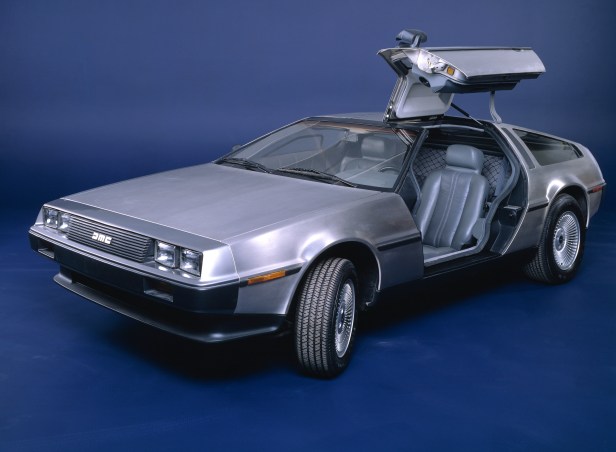 The DeLorean has impeccable breeding, but fell victim to a slew of bad choices.

Much like copper cooling, the concept was pretty neat. The guy who put a 389ci V8 in a Pontiac Bonneville, dated supermodels, and became the youngest manager of both Pontiac and Chevrolet struck out on his own to create a styling automobile that was "ethical." By this, John Z. DeLorean intended to offer the public a stylish car that was durable, economical, and safe.

Designers with names like Alfa Romeo, Lotus, Ferrari, and Porsche came to the plate to create the wedge-shaped winged valkyrie, yet the road to Valhalla was much shorter than anticipated.

The first problem was the DeLorean, an alleged sports car, was slow. The 2.85L Volvo V6 engine mounted in the rear was good for 130 horsepower. It wasn't that great to drive, and it wasn't considerably safer or a better value than anything. And, while at least one of those vehicles was able to crank up to 88 miles per hour in a mall parking lot, the rest had a 0-60 time of around 8 to 10 seconds.

Additionally, there were issues with the factory, which was built in a field in North Ireland during the middle of the religious conflict of the 1970s and '80s. DeLorean butted heads with Margaret Thatcher, got caught trying to sell cocaine to fund his vehicle, and long story short, only 9,000 of the vehicles were ever built.

Moral: Don't set expectations you can't meet, and also, try not to make world leaders angry. And say "no" to drugs. 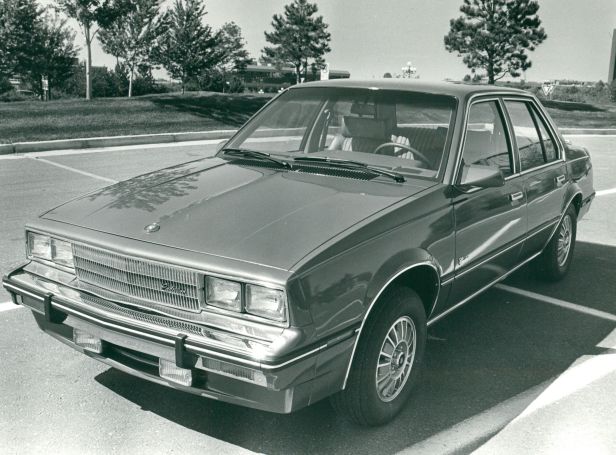 "The Cimarron, a car by Cadillac" was produced from 1982 to 1988, and no one is really sure how it survived that long.

The Cimarron is not a bad car. If you're into hooning around with a delirious 85 horsepower engine under the hood, the Cimarron could even be considered a great car. But that's in today's terms. Back in the 1980s, the Cimarron was considered a huge insult to the American driving public.

Essentially, Cadillac decided it wanted to produce an entry-level luxury car. You probably already see where this is headed. But, it gets even better. They wanted to compete with the Volvo GL, Saab 900S, and BMW 320i, specifically. So, why they essentially rebranded a Chevrolet Cavalier as the Cadillac Cimarron remains one of automotive history's most compelling mysteries.

The Chevy Cavalier is often named among some of the best vehicles of its time period...for its class. Given GM's somewhat lazy re-badging of a dressed-up Cavalier and calling it a Cadillac, the public was outraged. A brand new 1982 Cavalier had a price tag ranging between $6,600 and $8,000, depending on the bells and whistles chosen. The Cadillac Cimarron's starting price was $12,000.

Read More: An Exciting Look at the Potential Future for Electric Convertible Cars in the U.S. 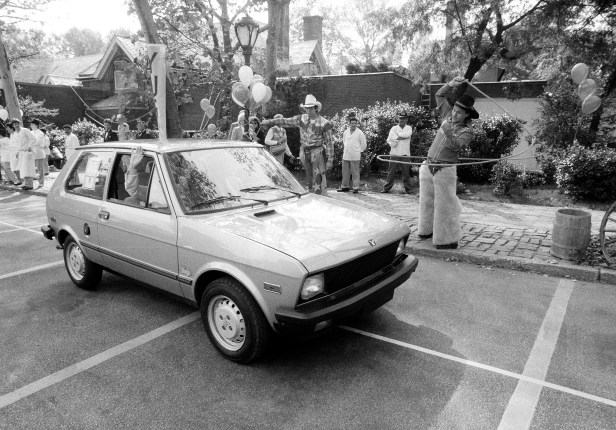 The Yugo, a $3,990 price auto from Yugoslavia, drives up to the Tavern-On-The Green in New York?'s Central Park on Wednesday, Oct. 10, 1985 at a news conference embellished with rope-twirling cowboys and balloons. Conference was held to introduce the new low-cost car to the U.S. public. (AP Photo/Ed Bailey)

While the Cimarron was a case of trying to put a luxury label on a decent-but-not-luxurious car, the Yugo was a case of selling people on a concept that kinda sucked.

When the Yugo made its way to the United States in 1985, it was touted as "The Great Value." To be fair, the Yugo was extremely popular in Europe under its given name of Zastava Koral; in fact, it was in production until 2008.

However, the Yugo that came stateside was based on the already 15-year old Fiat 124 platform. It required 14 seconds to accelerate up to 60 miles per hour, and it could not go faster than 86 miles per hour. It did very poorly on crash tests conducted by the Institute for Highway Safety. It tested horribly in emissions ratings. It was prone to breakdowns, and given that it was one of many inexpensive hatchback vehicles at the time, the fuel economy was worse than anticipated. Sure, the price tag read just $3,990, but at what cost?

True, the American Yugo sold 1,050 cars in just one day. However, that is clearly the product of intelligent marketing. While American production ended in 1992, the Yugo lives on as a punchline for what could have been, but absolutely was not.

Moral: There's more to a good deal than a small price tag. 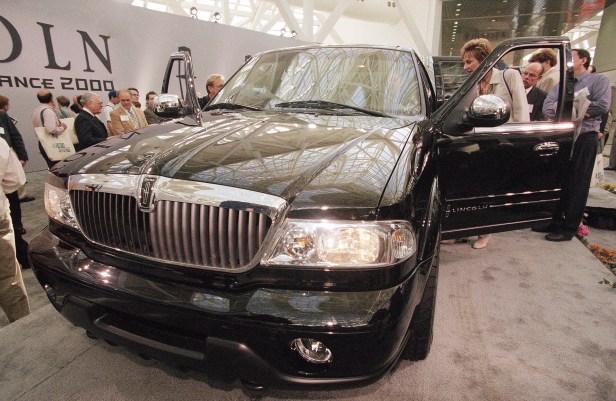 Spectators take a look at the new Lincoln Blackwood concept vehicle at the Los Angeles Auto Show, Tuesday, Dec. 29, 1998 at the city's convention center in Los Angeles. The four-dour, four-passenger vehicle is based on the Lincoln Navigator SUV. (AP Photo/Nick Ut)

In all honesty, the Blackwood might have received a better response if it had been introduced a little later in the century. But, this 2002 flash-in-the-pan was in and out before many of us even got to see one on the roads.

A luxury pickup truck isn't a bad idea. In fact, nearly every major brand on the roads today has a super-deluxe trim with all the good stuff that basically turns a truck into an executive office on wheels. But, here's the thing: all of those trucks can actually tow and hold sizable payloads.

The Lincoln Blackwood was basically a Ford F-150 SuperCrew wearing Lincoln Navigator clothes, rounded off with a 5.4L V8 engine, which was good for 300 horsepower. It had a payload max of 1,200, and a factory-standard bed cover with a split rear tailgate. In addition to not functioning like a truck, this fascinating gaffe had a price tag of $53,000. Essentially, it was a very expensive piece of non-functional equipment, and as such, only 3,356 Blackwoods were produced.

Moral: Form and function need to be friends, especially when a huge price tag is on the table. 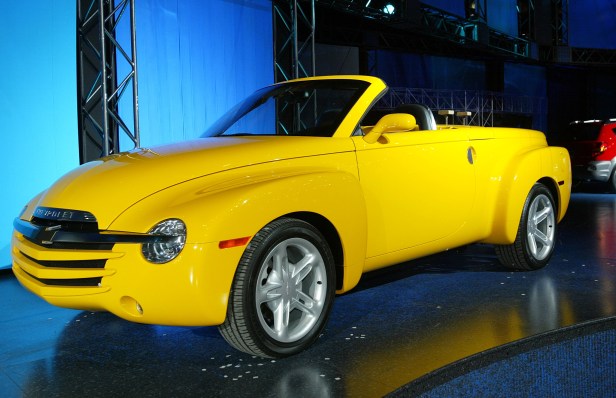 The Chevy SSR, for those who have obliterated the concept from their memory, was a convertible truck. Given that the El Camino is very cool, this is not entirely a bad idea. But wait: it gets bad.

The SSR was supposed to be a new age revival of the early Chevy pickup trucks, only with a drop top. It was given a 5.3L V8 engine to start with, which offered 300 horsepower. But, it didn't work well. The truck itself weighed about 4,700 pounds, with seating for two. Its 0-60 mile per hour time was nearly 8 seconds. It could only tow about 2,500 pounds, and had a payload capacity of 1,349 pounds in its 4-foot bed. It handled poorly, it had no practical application, and furthermore, its starting price was $42,000.

The SSR debuted in 2003 and was put out of its misery in 2006. It's certainly visually appealing to those who are into that sort of thing -- in fact, the SSR is having a sort of revival on the West Coast -- but the performance simply wasn't there to make it something the driving public wanted.

7. The Plymouth and/or Chrysler Prowler 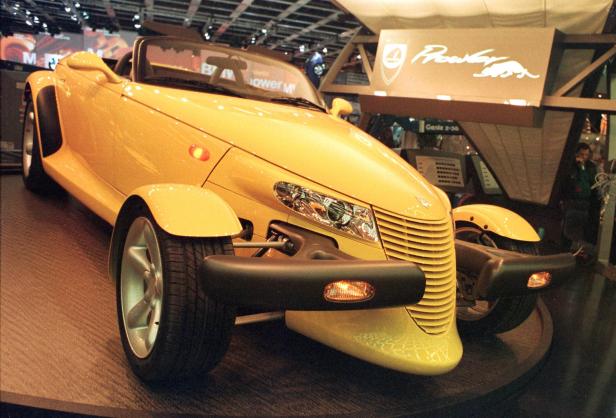 Much like the SSR, the Prowler looked cool, but who was its intended driver? It was a retro hot rod-looking thing, but the market for pret-a-porter hotrods is very slim. In fact, the design was allegedly plagiarized from a hot rod roadster plan created by Chip Foose. And, while it looks like it should go fast, it simply doesn't. The 3.5L SOCH V6 engine that originally graced the Prowler only produced 214 horsepower. In the later years, that horsepower bumped up to 253, but still. Even in 1997 terms, that wasn't a whole lot of zoom.

The draw of roadsters and hot rods is that they're fun to drive and cool to look at. Far be it for us to judge anyone's taste, but the goal of a hot rod is to really reflect the owners' personality. Furthermore, you should want to drive your hot rod places, and hear those horses really neigh under the hood. No fun here, and not much to look at, either. Plus, if you wanted any cargo room, you had to purchase the $5,000 optional trailer.

For reasons mere mortals cannot comprehend, the price increased each year, though updates were minimal. In 1997, the first Prowler cost $38,300, which with inflation is around $65,458 in 2021. By its last year of production in 2002, it cost $44,625. A quick look at the used car forums indicates a used Prowler costs around $35,000 in 2021 dollars. Plus, then you have to pay to make it drivable and cool. Building a hotrod from the ground definitely sounds more appealing.

Moral: If you have to ask yourself "should I?" you probably shouldn't.

With those seven fantastic flops in mind, it should be no surprise that seasoned automotive fanatics are a little wary of new trends. After all, we've seen a lot of "Great Things" head directly down the drain. We can hope that automobile manufacturers are taking notes and learning from their mistakes.