For better or worse, the Yugo, also marketed as the Zastava Koral, holds a special place in automotive history. It was, over the course of its production life, one of the most affordable European cars. Standards were never higher for an affordable subcompact hatchback than they were in the early days of the Yugo -- some of these Yugos still run well today.

However, with the approaching political instability of Yugoslavia came corner-cutting so bad that this little car has since topped several lists as one of the worst cars of all time. In this way, the story of the Yugo mirrors the story of 20th century Yugoslavia itself.

Who Made the Yugo Car? 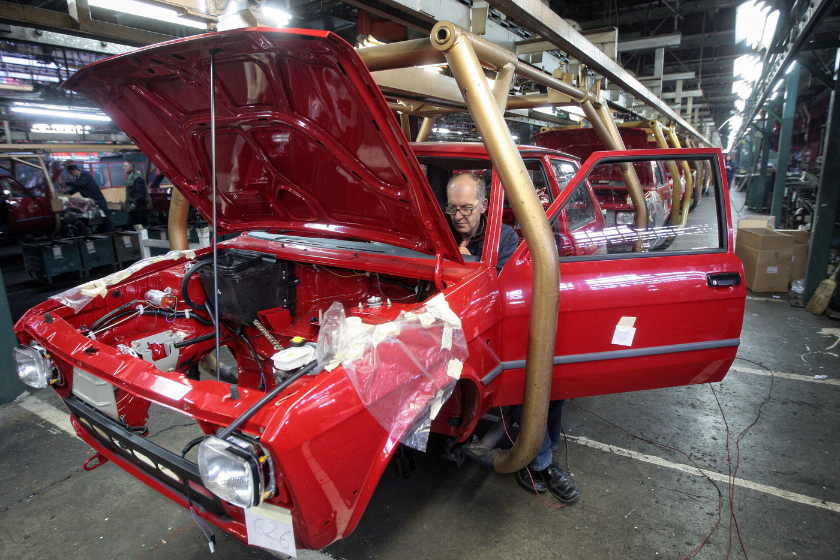 The Yugo was made by former Yugoslavia-based manufacturer Zastava Automobiles, which was founded as an arms and weapons manufacturer in 1853. So, the company that made the Yugo technically predates Yugoslavia by about 65 years. By the 1930s, Zastava was producing military vehicles designed by Ford for the Royal Yugoslav Army. This production ended in 1941 when Axis Powers invaded Yugoslavia.

After the war, Zastava went back to producing Jeeps until 1950 when production was again halted. In 1953, Fiat licensed designs to Zastava for production passenger vehicles, which Zastava immediately began work on at their factory in Kragujevac. It wasn't until the late 1970s that the Yugo came into being as a variant of the Fiat 127. By 1980, it was on the production line.

Why Is the Yugo Car Considered the Worst Car Ever Made? 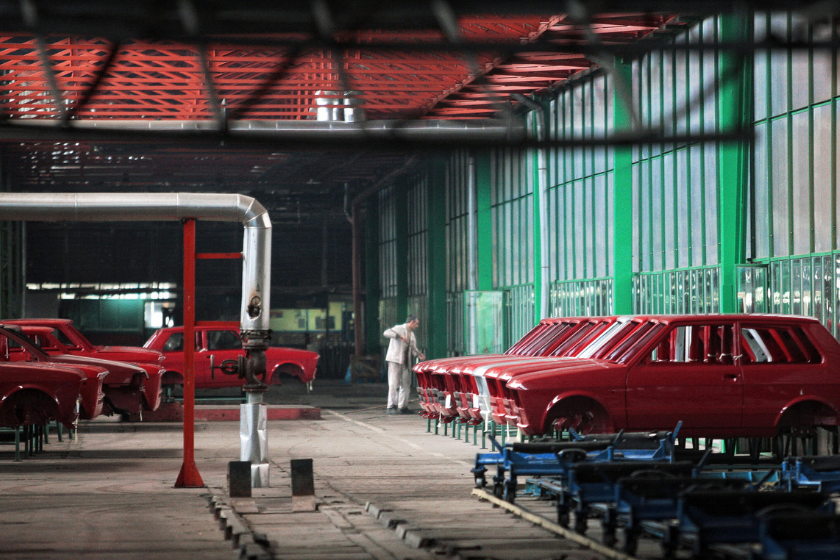 Despite its reputation as a bad car, these first Yugos were actually great budget cars, contrary to popular belief. Quality control was at its peak at Zastava during this time. And, although the car used budget materials (the Yugo was heavily plastic reliant, for instance), these materials were quality checked to a T.

Anti-rust coatings applied to the exterior as well as mechanical workings of the vehicle have prevented rust to this day. The Yugos from this period that were well maintained still run -- remarkable for a car at the affordable hatchback's price point.

However, even these first well-made Yugos had things working against them. Many people who purchased the small cars viewed them as almost disposable due to their low price. This led many owners to believe that maintenance efforts such as oil changes would be in vain. Of course, this caused Yugos to fall apart very quickly.

This period of the Yugo lasted about 10 years. In 1990, a handful of Yugos were made for and shipped to markets in the United States. They had automatic transmissions and air conditioning, which were becoming essentials in the American market. Entrepreneur Malcolm Bricklin spearheaded this Yugo America campaign.

Unfortunately, exports quickly ceased and quality assurance dropped dramatically when the political instability of 1991 hit Yugoslavia. Many of the plastic interior parts were improperly made and sometimes seemed mismatched and poorly fitted.

The Yugos made from then on became known as some of the worst vehicles ever produced alongside similar European and Yugoslavian models like the infamous Trabant. Zastava never returned to U.S. markets, but Yugo continued producing models like the Yugo GV for Serbia markets until 2008.

At the time of its original production, new Yugos started at about $4,000. Today, you can find a well-kept Yugofor between $5,000 and $9,000. You can read more about the story behind the Yugo in Jason Vuic's book The Yugo: The Rise and Fall of the Worst Car in History.