Why Does the Cadillac Cimarron Get Such a Bad Rap? 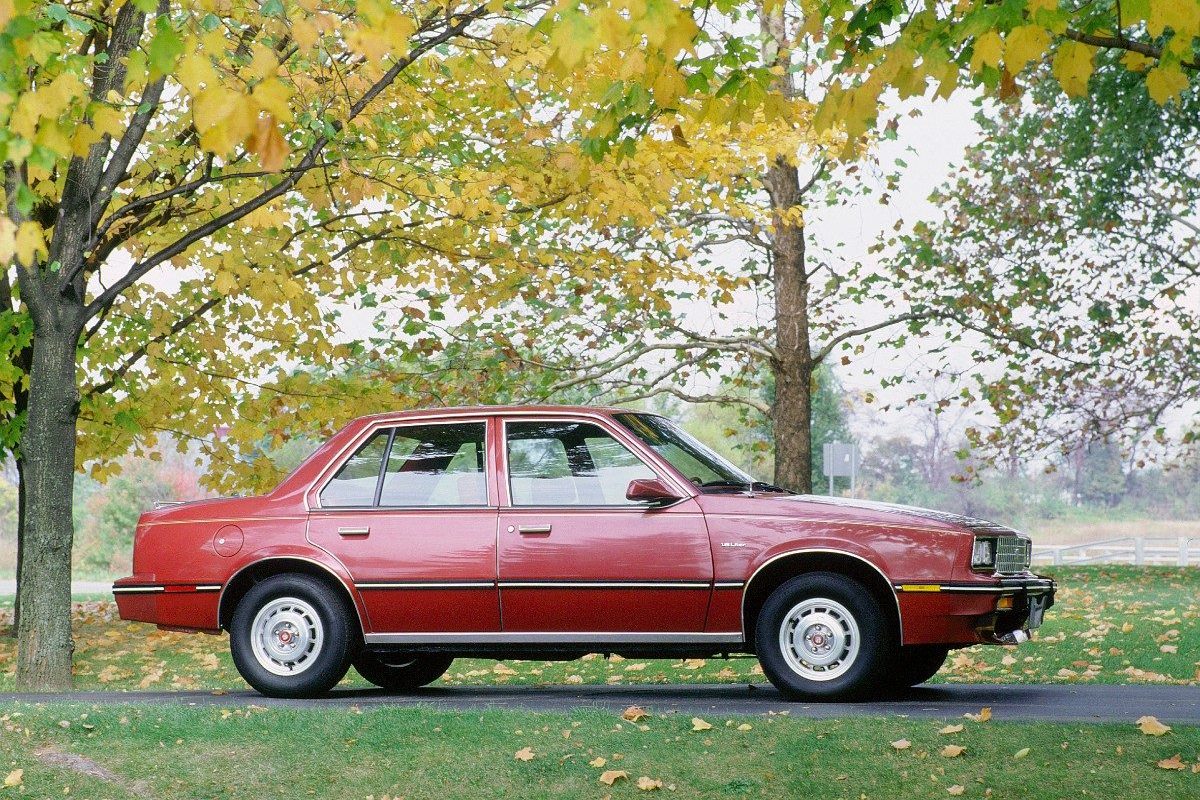 So when General Motors tried to rebadge the Chevy Cavalier as a Caddy, the automotive world had a one word response: “Why?”

Make no mistake: The Cadillac Cimarron really and truly was a rebadged Cavalier. Not that there’s anything wrong with that. The Buick Skyhawk, the Oldsmobile Firenza, and the Pontiac Sunbird all have the General Motors J body to thank. But, attempting to sell a Cavalier as a Caddy? Again: “Why?”

If you have to use an extra preposition to separate the brand name from the automobile, you’re probably already flirting with shame. And yet, the Cimarron by Cadillac appeared at dealerships for the 1982 model year just the same.

The story goes that Cadillac wanted a smaller vehicle to compete with the European small cars on the road. You could buy a giant boat of a Mercedes-Benz, or a smaller roadster type.

General Motors had the J platform with a 101.2-inch wheelbase lined up for a variety of vehicles. And, even though former GM president Pete Estes allegedly warned Cadillac’s general manager Ed Kennard that it wasn’t a great idea to turn a J car into a Caddy, here we are.

If you look at the 1982 Cadillac lineup, there’s really no spot for a small car like the Cimarron. Seville, Deville, Eldorado, and the Chevy Cavalier? Dealerships were allegedly instructed not to put it near other Cadillacs, and refer to it strictly as “The Cimarron.” Ouch.

Was the Cadillac Cimarron a Bad Car?

Actually, no. This really is a case of bad badge engineering, but a perfectly fine GM car. No one expects to find a Chevy Cavalier in Cadillac clothes.

The front-wheel drive-only, four-door Cimarron by Cadillac was produced from 1982 to 1988, and there were few changes throughout the years in order to draw in customers. The powerhouse ranged from a 1.8L to a 2.0L inline four-cylinder engine, paired with a four or five-speed manual transmission. Either way, drivers were looking at a maximum of 88 horsepower. No, it’s supposed to be two digits.

A 2.8-liter V6 came along towards the end, with a whopping 125 horsepower, but it was something of a Hail Mary. The V6 gained a Turbo Hydra-Matic three-speed automatic transmission.

Respect Where It’s Due

The Cadillac Cimarron had a lot of cool standard features, like leather seats bucket seats, power adjustable mirrors, air conditioning, deep pile carpet, and the only tachometer in the Cadillac lineup at the time. Optional features included some pretty rad upgrades, like power door locks and windows, power adjustable seats, leather-wrapped tilt steering wheel, a sunroof, and even a cassette player.

People like to give the Cimarron a place of honor among the worst cars in history, but it really isn’t a bad car in and of itself. Truth be told, if you tried to option up a Cavalier to meet Caddy standards, the results and price would’ve been about the same. It’s a case of seriously questionable badge engineering, but the end result vehicle was cohesive and drivable.

In the first year of production, the Cimarron sold less than 26,000 units. In the last year, that number sank down to just over 6,400. It couldn’t compete with the European cars like Volvo and Saab at all. In fact, it couldn’t even compete with the Lincoln Versailles, which was essentially a rebadged Ford Granada.

Oddly enough, Cadillac would try the same experiment again with the Catera in 1996. At least in that attempt, they used a European car as the base — the Opel Omega B — but the result was similar. Perhaps European and American luxury cars just aren’t meant to compete. After all, this is the automotive world, and drivers have the freedom to choose whichever size, shape, and priced car they want.