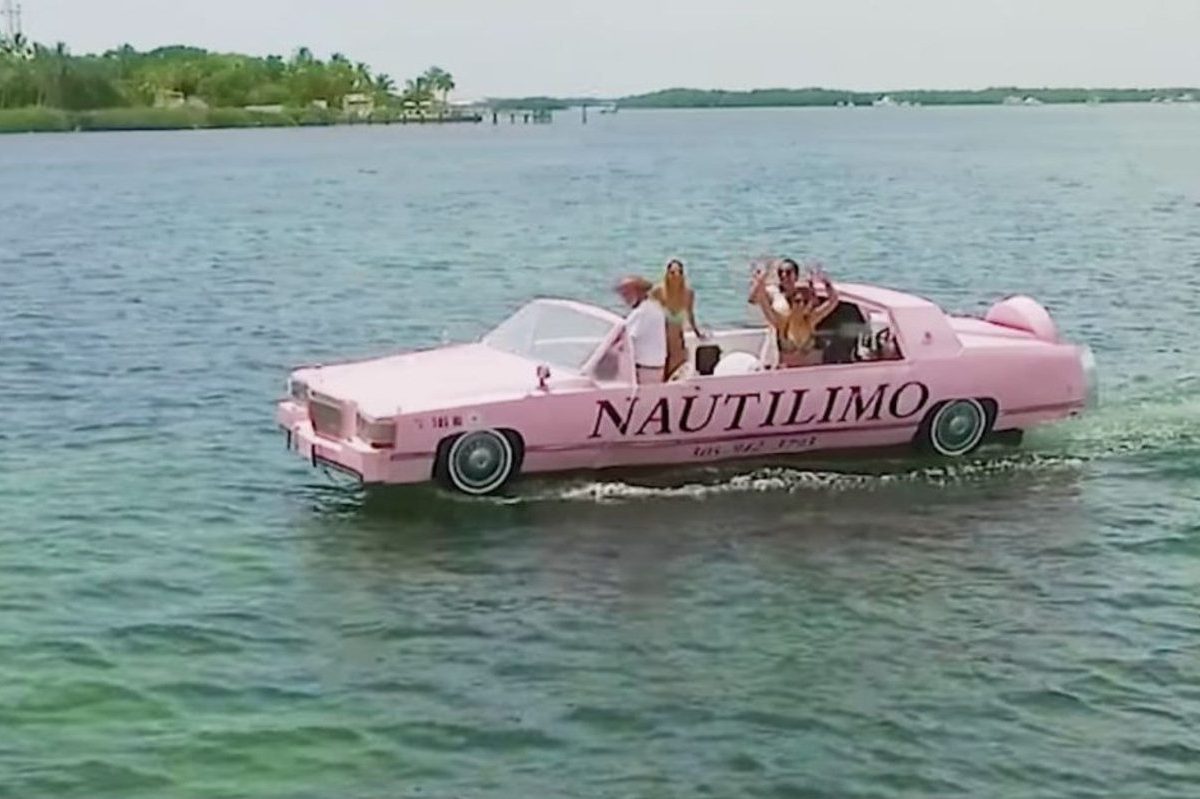 When you were a kid, you probably read the classic Jules Verne’s novel 20,000 Leagues Under the Sea. If you did, you may recall the character Captain Nemo, who helmed the Nautilus, which was a massive submarine with so many bells and whistles that such an epic piece of machinery was years and years away from existing. But, hey, that’s the beauty of fiction.

Now, Captain Joe Fox’s Nautilimo may not be able to take you 20,000 leagues under the sea, but it’ll take you around the Florida Keys just fine.

Designed and built by Fox himself as part of his Unique Boat Tours business, the floating pink “boat car” looks like a ?77 Cadillac stretch limo, hence the name Nautilimo. Fox clearly worked tirelessly to make the boat look like an actual Caddy, manufacturing a grille, headlights, wheels, and a rear bumper-mounted spare tire holder with the words ?Only in the Keys? written on it.

As it turns out, Fox got the idea for the Nautilimo when he was a teenager building boats and soap box derby cars in Mexico. Pretty incredible, right?

Powered by a 100-horsepower Yamaha engine and able to fit up to six passengers, the Nautilimo departs from The Lorelei Restaurant & Cabana Bar and will take you on stops along the Islamorada shoreline, including Upper and Lower Matecumbe Key, historical Lignum Vitae Key, and Indian Key. Simply put, it looks like a blast. Definitely something to put on the bucket list.

If you choose to cruise with Captain Fox, tours are customizable, with snorkeling or swim stops, bar hopping, trips to the famed Robbie?s Marina for tarpon feeding, or a quiet sightseeing tour all potentially part of the itinerary. And while the Nautilimo isn?t known for its horsepower or torque, it is known for turning heads all along the Islamorada shoreline.

Whether you’re looking to have some fun with a few buddies or go on a romantic date night (the sunset tour looks pretty amazing), booking a Nautilimo tour seems to be the way to go if you’re in the Florida Keys.