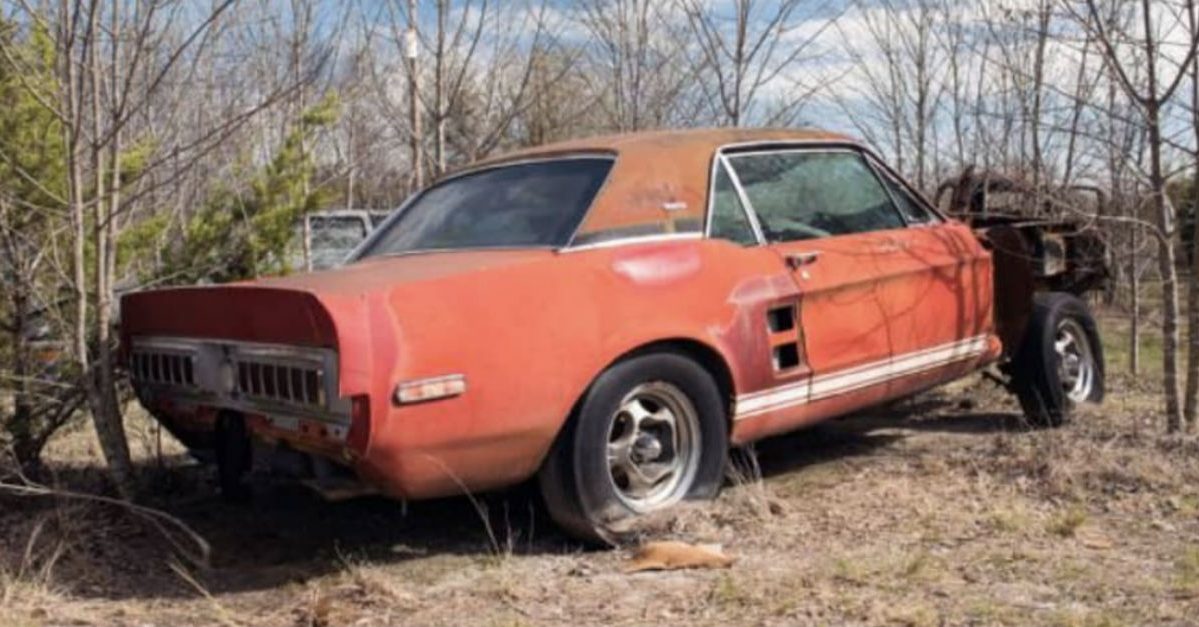 Ever since the disappearance of the first Ford Mustang Shelby GT500, known simply as “Little Red,” decades ago, many a car enthusiast has been intrigued by its history and whereabouts. So, as you can probably imagine, the car’s discovery and ultimate unveiling during Detroit’s Woodward Dream Cruise over the weekend shocked a good deal of people.

Craig Jackson, who is the chairman of the Barrett-Jackson classic car auction company, officially unveiled Little Red at the Henry Ford museum in Dearborn, Michigan last Friday. Those in attendance for the unveiling included Aaron Shelby, the grandson of legendary American racer and performance car maker Carroll Shelby, and Henry Ford III, the great, great grandson of Henry Ford. The car was also displayed the following day at Mustang Alley in Ferndale during the Woodward Dream Cruise.

Little Red was one of the first Ford Mustangs built with a big-block 428 cubic inch V8 engine and debuted as a 1967 experimental engineering car built in Ford?s San Jose, California plant.

It was driven frequently by Carroll Shelby himself and then disappeared in the 1970s. In fact, there are so many holes in the first Shelby GT500’s history that Jackson set up a website to gather information on it, which will be used to help restore the car.

Just a brief look at how the original Shelby Mustang came to be lost and then found is interesting to say that least.

Experts thought Little Red had been crushed in the early ?70s, but the V8 Mustang coupe somehow made it from Detroit to a Ford dealership in Littleton, Colorado.

Jackson tracked it down by the original identification number it had before Ford transferred it to Shelby?s company, where it went through countless engineering changes.

Shelby?s engineers continually updated Little Red with new parts, turning what began as a ?67 Mustang into a Franken-car with parts from at least two model years and countless experiments. Rumor has it the car tested superchargers and twin-turbocharged engines as well. Little Red had an experimental automatic transmission, and unusual features for the time like an electric radio antenna and Connolly leather seats.

After being sold in the early ?70s, the car spent years in storage and had its engine stolen after a radiator meltdown. In frustration, the owner left Little Red on a relative?s farm in Texas, where it sat under a tree for more than 20 years until Jackson discovered it and brought it back to Detroit for its public debut.

What an awesome part of classic car history!