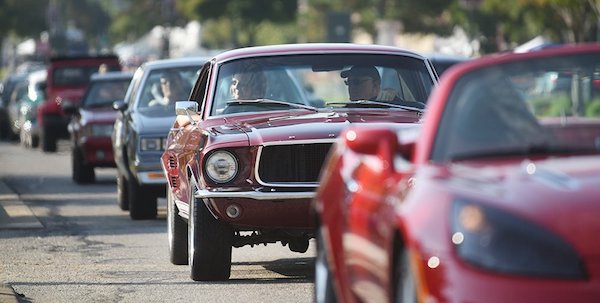 Ford is swooping in to replace crosstown rival Chevrolet as the 2017 sponsor for the Woodward Dream Cruise. https://t.co/hXHLxbkB0H pic.twitter.com/S3XkJsKYDY

Ford has declared that it will host and sponsor this year’s Woodward Dream Cruise, the largest car meet in the country. Woodward is expected to feature 40,000 cars from all eras and over a million people this August, so it’s a bit bigger than your average Cars and Coffee. Hopefully that won’t translate into a proportional number of Mustang “incidents.”

Ford is loath to host an event without putting a unique spin on it though; it’ll feature it’s Driving Skills for Life program, which uses virtual reality to teach folks how to drive. No word on if this will become a standard feature in certain Ford models.

Related: One Ford dealer has your back if you want demonic speed for less