Ford could be dropping hints about the new Shelby GT500 Mustang 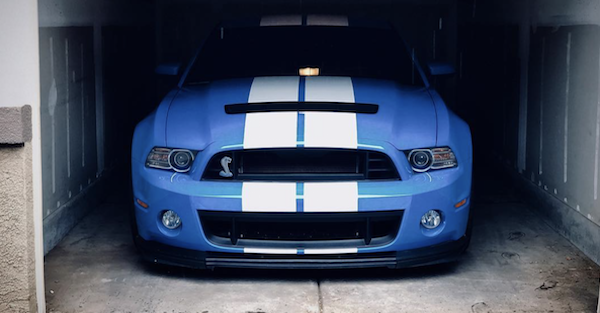 At this year?s Detroit Auto Show Ford officially announced the return of the almighty Shelby GT500. They didn?t show the car but did tweet out a hint to its horsepower.

The legend returns in 2019. The most powerful street-legal production Ford ever with more than 700hp projected 🐍. #FordMustang #GT500 #FordNAIAS #NAIAS2018 pic.twitter.com/DGN4JD8TzS

Although stating that it will have more than 700 horsepower is a little vague, Ford may have left us with a little Easter egg in the latest Mustang brochure. Reddit user FireflyOD, pointed out that the page of the brochure showing off the 12-inch digital gauge cluster depicts a Mustang in 7th gear and going 72 mph. To the untrained eye this is just showing that the car is turning 3,200 rpm in 7th gear while going 72 mph, but diving a little deeper into Ford?s hint-dropping history tells a different story.

Back in January of 2017, a similar gauge cluster picture showed us a Mustang in 4th gear at 55 mph.

Many thought this was a hint that the redesigned 5.0 Coyote engine was going to be released with 455 horsepower. We know now the 5.0 makes 460 horsepower, but this cluster image surfaced a full six months prior to the release of the official 460 horsepower rating. It?s very possible that the power number was increased slightly before it?s official numbers came out. If this is the case, you could interpret the latest gauge cluster shot at 772 horsepower which would be a totally believable increase from the previous GT500 from 2014 which made 662 horsepower.

If you want to take this into conspiracy theory land, the odometer is reading 74.3 which could mean 743 lb-ft of torque and would complement 772 horsepower perfectly.

Right now this is all in good fun, but if it turns out to be true we know two things. The new GT500 is going to be a total assassin, and that if we ever need to know anything about Ford cars before it?s official, we just need to pick up a brochure and read between the lines.