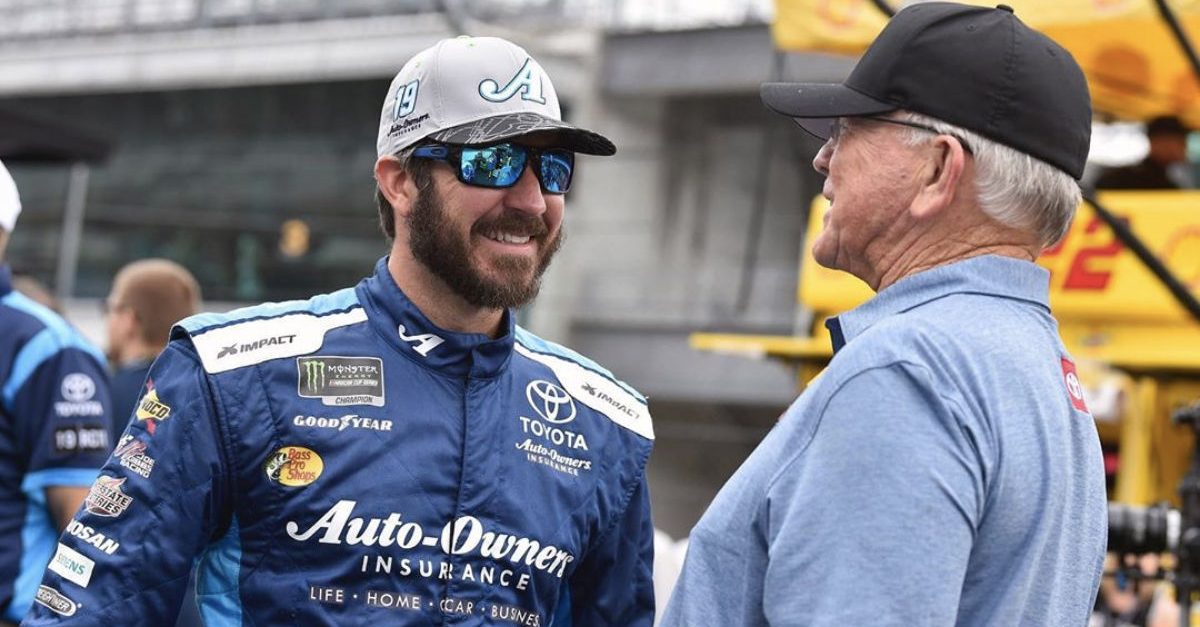 Kyle Larson has certainly been making his presence known in the dirt racing circuit these days, racking up win after win in the World of Outlaws Sprint Car Series. Despite his recent successes, the 28-year-old California is itching to get back into NASCAR competition.

While the former driver of the No. 42 Chevrolet for Chip Ganassi Racing has been suspended from NASCAR competition since April for using a racial slur during an iRacing event, several big names in the sport believe his return should be fast approaching.

Back in August, Tony Stewart called on NASCAR to lift its ban on Larson, saying ?I feel like it?s time to get Kyle back in the sport.? In an interview with CBS Sports, Martin Truex Jr. seemingly echoed Stewart’s sentiments with his own take.

“I think he’s obviously one of the most talented drivers in any racing period and he belongs in the Cup Series with the best drivers in the world. I think he’s paid his dues and I know he’s done a lot of work to make things right and understand what he did to make up for that. I would love to see him come back. He’s a hell of a competitor and I think he makes everybody on the track better when he’s there.”

When asked if he thinks Larson will get his chance at a NASCAR ride next season, Truex added, “My gut feeling is that he absolutely will because of his talent. There’s just too many teams that can’t say no to that.”

"He belongs in the Cup Series with the best drivers in the world."

Martin Truex Jr. believes Kyle Larson "absolutely will" get a #NASCAR ride for next season. Truex said there's too many teams that can't say no to Larson's talent. pic.twitter.com/YZoETtuOHd

Of course, Truex touched on more than just Kyle Larson in his CBS interview, as the 2017 Cup Series champion and avid outdoorsman also shared his funniest hunting story.

“The funniest hunting story I’ve ever been a part of was, this was years ago, I wanna say it was probably around the ’05, ’06, ’07 range, somewhere in there,” Truex said.

“Me and Dale Jr, his brother Kerry, Bill Jordan, a bunch of us were on a hunt somewhere and at lunch time they had like a buck decoy. It was a decoy that was made out of real hide from a deer so it looked like a real deer. They set this thing up on this knoll and the guys came in from lunch and they all talked Kerry Earnhardt into, there’s this huge buck up the road and he’s not moving, he’s just hanging out and we can sneak up on him and you can shoot him with your bow. Haha.”

“They put this whole thing together with TV cameras and it was a big joke because it was a fake deer and he got so nervous. He was so excited he actually shot the deer and then when the arrow hit the deer it went whack! And the deer, it never moved obviously because it’s a statue and he got so pissed he wanted to fight everybody. That was the funniest thing I ever seen in my life.”

So great! Any story involving the Earnhardt family is bound to be a surefire classic!