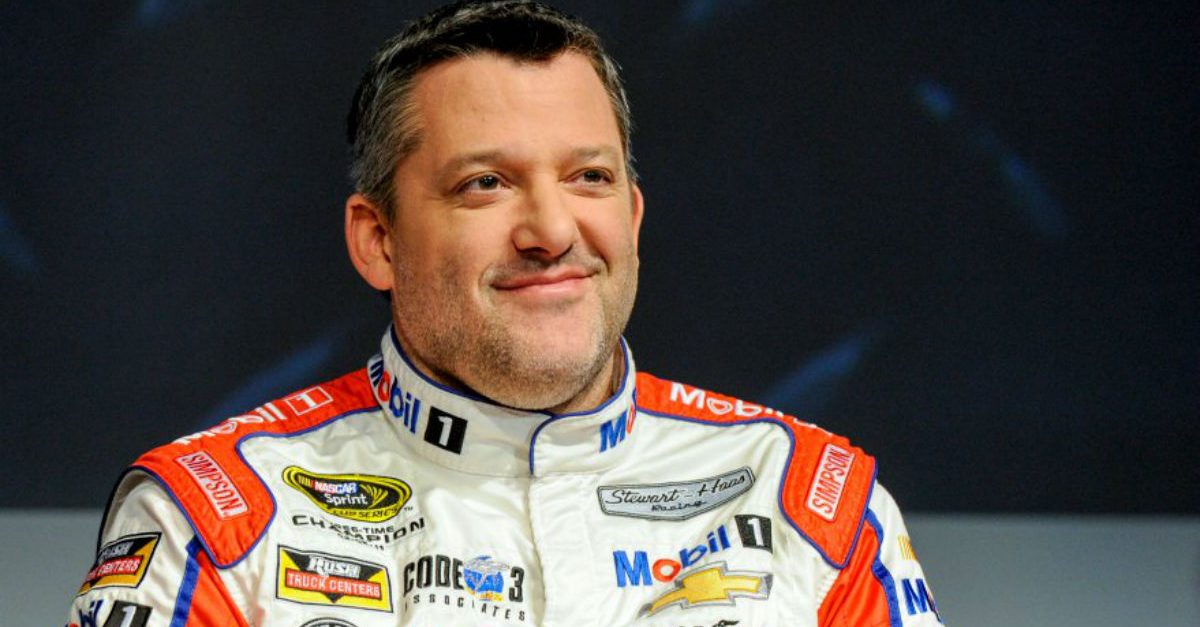 Back in April, NASCAR driver Kyle Larson was suspended by the auto sanctioning body and fired by Chip Ganassi Racing after he used a racial slur during an iRacing event. After completing sensitivity training, he was reinstated into World of Outlaws competition, but the 28-year-old Larson is itching to get back into NASCAR competition.

When it comes to Larson’s NASCAR reinstatement, one of his biggest supporters thus far seems to be three-time NASCAR Cup Series champ and Hall of Fame inductee Tony Stewart. In an interview on SiriusXM NASCAR Radio, Stewart was asked whether Larson would be a potential fit for Stewart-Haas Racing’s No. 14 Ford, which Clint Bowyer is currently driving in his contract year. While Stewart backed Xfinity Series racer Chase Briscoe as the likely replacement, the SHR team owner encouraged NASCAR to reinstate Larson.

?I feel like it?s time to get Kyle back in the sport,? Stewart said. ?I think he?s paid his dues. I think he served his penalty as far as society is concerned. I think it?s time for NASCAR to let the kid have an opportunity to get back to where he belongs and that?s behind (the wheel) of a stock car.

?I think Chase has done such a great job with us. We have four great drivers in Cup cars now. We got Chase in an Xfinity car and definitely feel like that he?s getting himself into a position to where he?s going to be a Cup car very soon as well. We?ve got a full stable right now and I like the group of guys we?ve got, it?s just a matter of making sure we give them everything they need to get the job done.?

Larson himself, who drove the No. 42 Chevrolet race car for Chip Ganassi Racing, has been vocal about wanting to come back to NASCAR. In an interview with the Associated Press, Larson opened up about his struggles with his suspension.

?I made a mistake and I?m paying for it and I accept that,? Larson said. ?NASCAR is where I always wanted to be and I do believe I proved I can compete at the Cup level. I?d like to get back there and we?ll see if there?s a way. All I can do is continue to improve myself and let my actions show who I truly am.?

During his eight years competing in Cup Series races, the 2014 Rookie of the Year has racked up six wins — three at Michigan, one at Dover, one at Auto Club Speedway, and one at Richmond Raceway. But, during the COVID-19 pandemic, Larson has really shined in Stewart’s All Star Circuit of Champions sprint car series, becoming the first driver to win seven straight races in the dirt racing competition.

Even still, Larson, who’s competed in just about every motorsport besides IndyCar, hopes to soon move from the dirt track to the NASCAR track.