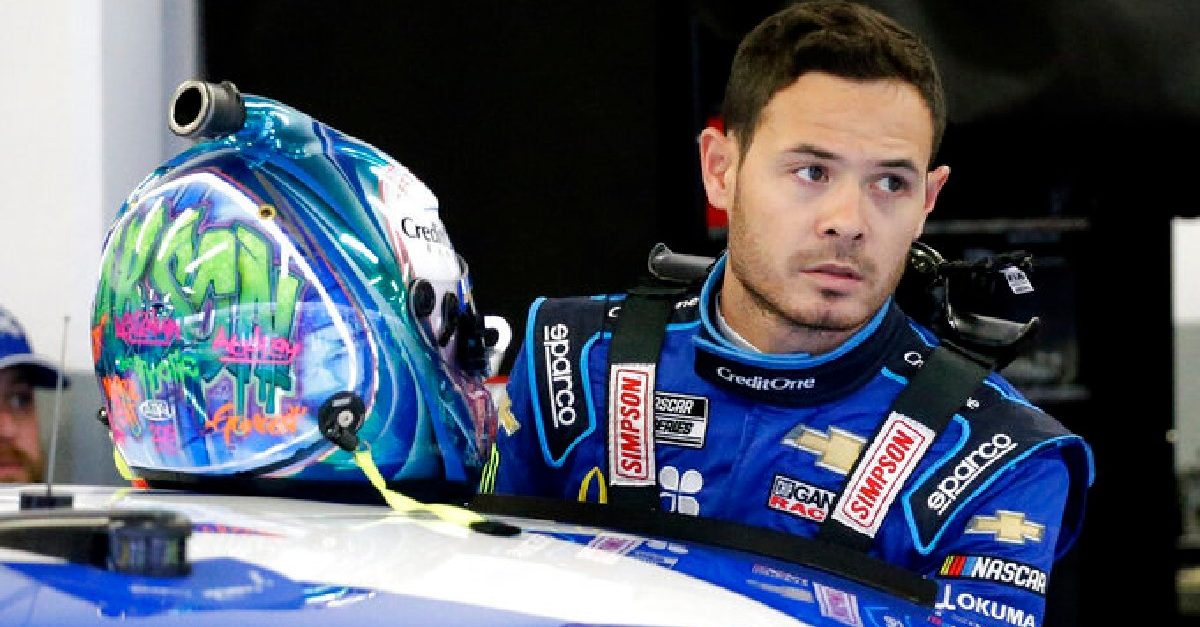 This came a day after Larson’s primary sponsors, McDonald’s and Credit One Bank, pulled their funding.

?After much consideration, Chip Ganassi Racing has determined that it will end its relationship with driver Kyle Larson,” CGR said in an official statement. “As we said before, the comments that Kyle made were both offensive and unacceptable especially given the values of our organization. As we continued to evaluate the situation with all the relevant parties, it became obvious that this was the only appropriate course of action to take.?

This post, originally published April 13, was updated to include news of Kyle Larson’s firing.

Another NASCAR iRacing event. Another controversy.

A week after Bubba Wallace was dropped by a sponsor for “rage quitting” a NASCAR virtual race, Kyle Larson was suspended indefinitely without pay by Chip Ganassi Racing for using a racial slur during a Twitch livestream.

The incident, which went down during an iRacing event Sunday night, began when when Larson appeared to lose communication on his headset with his spotter. Larson is heard saying, “You can’t hear me?? This was immediately followed by the N-word.

“We are extremely disappointed by what Kyle said last night during an iRacing Event,” Chip Ganassi Racing said in an official statement. “The words that he chose to use are offensive and unacceptable. As of this moment we are suspending Kyle without pay while we work through this situation with all appropriate parties.”

Shortly following CGR’s announcement that Larson would be suspended indefinitely, NASCAR issued a statement regarding Larson’s use of “insensitive language” and, in turn, officially suspended him.

?NASCAR has made diversity and inclusion a priority and will not tolerate the type of language used by Kyle Larson during Sunday?s iRacing event,? the NASCAR statement read. ?Our Member Conduct Guidelines are clear in this regard, and we will enforce these guidelines to maintain an inclusive environment for our entire industry and fan base.?

Larson, who is in the final year of his contract with Chip Ganassi Racing, must also attended sensitivity training, per NASCAR guidelines. In 2013, NASCAR suspended Xfinity Series driver Jeremy Clements for using the N-word when speaking to a reporter. He completed the required sensitivity training and still races today.

Less than an hour after NASCAR announced its suspension of Larson, the 27-year-old California native issued an apology via Twitter.

?I made a mistake, said the word that should never, ever be said,” Larson said. “There is no excuse for that. I wasn’t raised that way. It is just an awful thing to say. I feel very sorry for my family, my friends, my partners, the NASCAR community and especially the African-American community.”

?I understand the damage is probably unrepairable and I own up to that. But I just want to let you all know how sorry I am and I hope everyone is staying safe during these crazy times.?

Interesting enough, Kyle Larson made a name for himself through NASCAR’s ?Drive for Diversity? program, rising in the ranks from short-track racing star to Cup Series racer. The only driver of Japanese descent to win a major NASCAR race, Larson also had grandparents who spent time in an internment camp during World War II.

Larson has six career Cup wins, including the 2019 All-Star Race. Speaking of the Cup Series, as the regularly-scheduled season has been put on hold due to the coronavirus pandemic, its virtual racing replacement has led to more than one controversy. Just last week, Bubba Wallace found himself down a sponsor in the pain-relief brand Blue-Emu, after he “rage quit” an iRacing event at a virtual Bristol Motor Speedway.

This move, while maybe immature, of course isn’t nearly as bad as what Larson did. Though, both incidents do beg the question: How many more of these types of screwups will we see before NASCAR returns to its regularly scheduled programming?