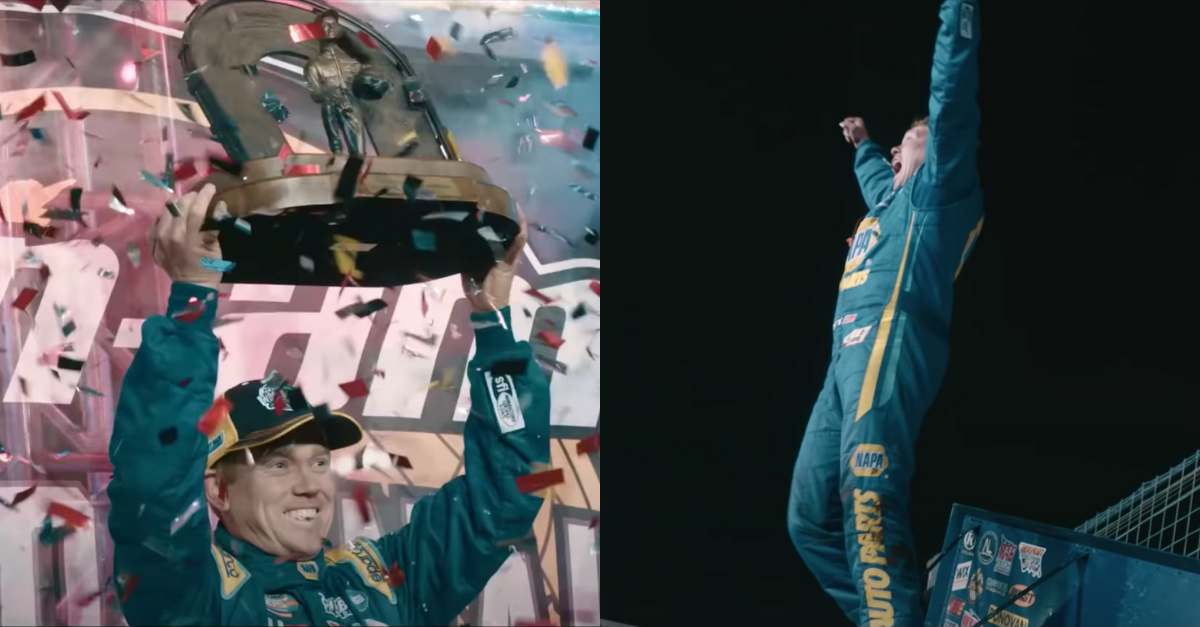 If you’re looking for some action-packed motorsports, then you may want to pay closer attention to the dirt track racers out there. Brad Sweet, driver for Kasey Kahne Racing (KKR), is a perfect example of someone who gives his all when he gets on the raceway. Because of that, he became the series champion for the 2019 World of Outlaws NOS Energy Drink Sprint Car Series.

Sweet is a proven veteran in the World of Outlaws series. Driving his NAPA Auto Parts/Ollie’s Bargain Outlet No. 49 race car, his 2019 win marked his first championship victory in the series. It was the closest finish in the series history, with Sweet beating former champion Donny Schatz by just four points. It was truly a sight to see, and a night that Sweet will not soon forget.

Relive the celebratory moment in the below video from Dale Earnhardt Jr.’s Dirty Mo Media.

Brad Sweet was born in Grass Valley, California, and he’s actually the brother of Katelyn Sweet, who happens to be married to Kyle Larson. It’s safe to say the World of Outlaws champion has been surrounded by racing for quite some time now.

He began his top-level racing career in 2008, driving sprint cars and midget cars in the USAC National Midget Series and the World Outlaw Series. It didn’t take long before he started to show what he was capable of, winning the Knoxville Midget Nationals and taking home the victory in both sprint and midget car racing at Eldora Speedway, one of the most famous short tracks in America. Additionally, he started driving stock cars, making starts in the ARCA racing series and NASCAR Camping World Truck Series by 2009.

In 2012, Brad drove for Turner Motorsports in the No. 38 Nationwide Series Chevrolet. He drove in 18 of the races, with Kasey Kahne driving the remaining races for the year. During this time, Sweet competed for the Rookie of the Year award. He finished 18th in series points that year, before moving to JR Motorsports part-time, driving the No. 5 Chevrolet Camaro. He drove a total of 36 races in the NASCAR Xfinity Series and 18 races in the NASCAR Gander RV & Outdoor Truck Series.

While he was a great racer on pavement, he really shined when he got on the dirt. He has over 51 career A-main wins, which puts him on the Top-25 all-time wins list. In 2012, he captured his first WOO win at Clay County Speedway. The very next year, he took home the win at one of the biggest races of the year, the Kings Royal race at Eldora Speedway. He also grabbed the victory for this race in 2019. To start his 2014 season, he won the season opener at Volusia Speedway, marking his third World of Outlaws race win. By 2018, he went on the etch his name in sprint car history, winning the Knoxville Nationals at Knoxville Raceway.

Judging by his recent championship win in 2019, it definitely appears that this racer has no plans of slowing down anytime soon. He’s an absolute threat on the race track, and most of his competitors are aware of this. He ditched the stock car racing to stay at the dirt track, because he knew that’s where he could really showcase his talent.

While things have been somewhat disrupted by coronavirus for the 2020 season, it should be pretty interesting to see where Brad Sweet goes from here.