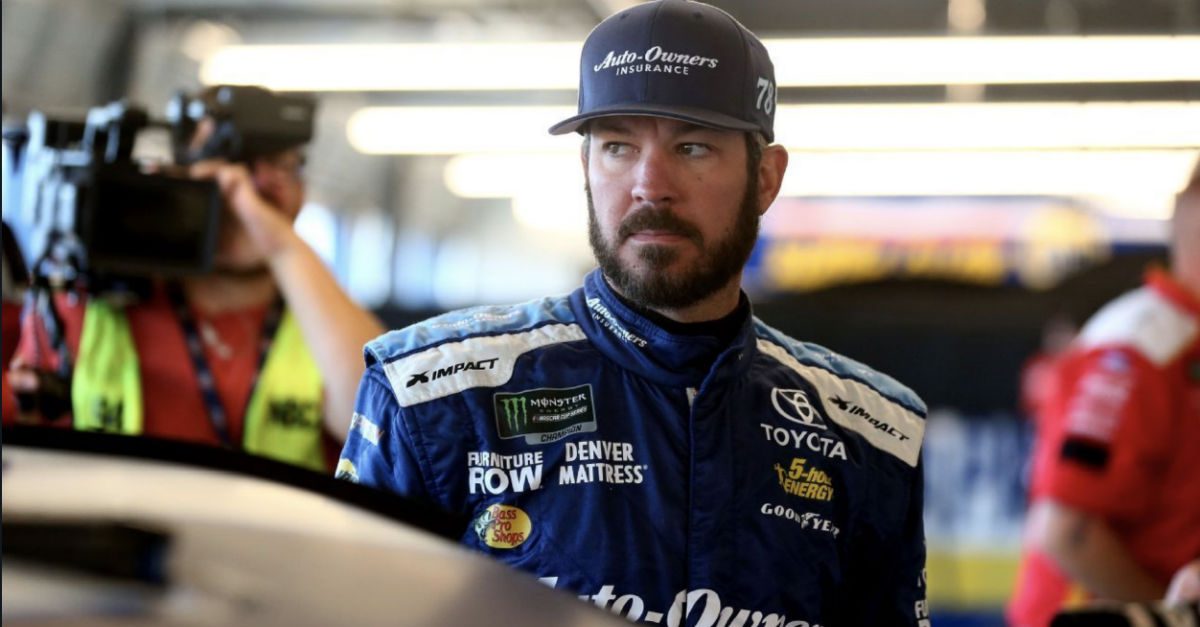 Martin Truex Jr. still hasn’t forgotten what happened at Martinsville back in October.

With only one lap to go in the Cup Series playoff race, Team Penske driver Joey Logano utilized a bump-and-run technique on Truex, winning the race and ensuring his spot in the championship race at Homestead-Miami Speedway.

Looking ahead to that crucial race on November 11, Truex made clear during Thursday’s Championship 4 Media Day in Miami Beach that he wouldn’t hesitate to drive a much more aggressive race. At least when it came to Logano.

“I still remember what happened, and I’ll use that to my advantage.”

When asked whether or not he would drive Logano any differently, Truex simply responded, “Absolutely.”

Would Martin Truex Jr. race Joey Logano any differently than the other two?

Truex also went as far as to say that he would bump-and-run Logano for the championship, claiming that Logano essentially gave him the go-ahead.

Now, apparently Logano thinks that the conversation between him and Truex went just a little bit differently.

Who knows what will happen at Miami, but one thing’s for sure. Every single member of the Championship 4 — Logano, Truex, Kyle Busch, and Kevin Harvick — will do whatever it takes to win at Homestead.