Kyle Busch Is Chasing His 2nd NASCAR Championship at Homestead 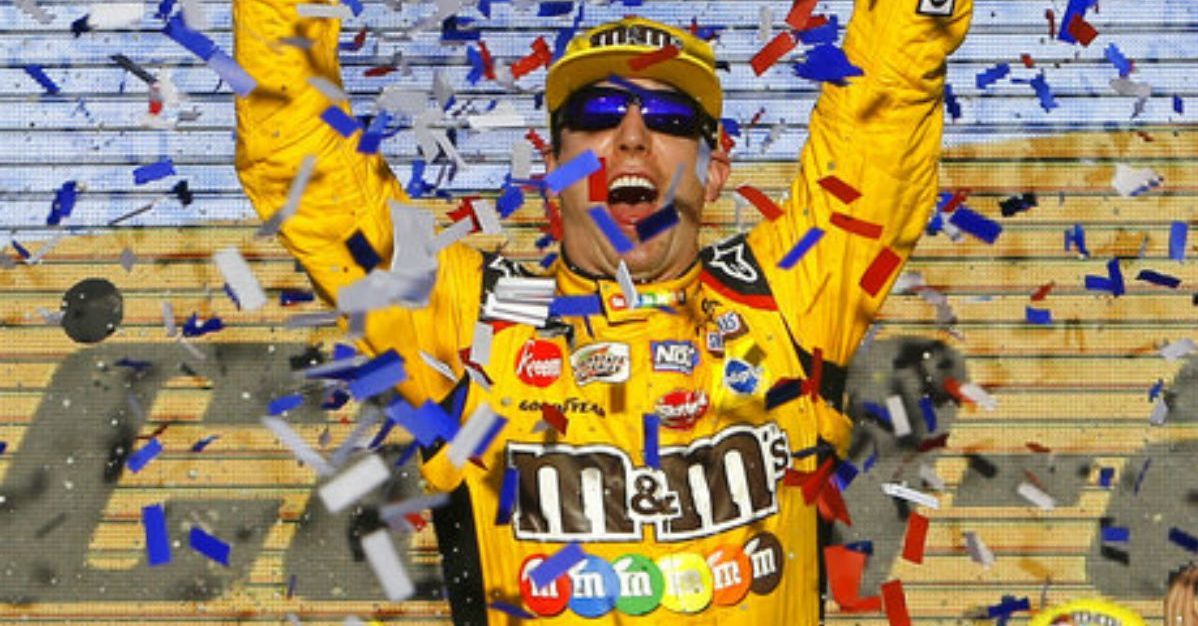 MIAMI BEACH, Fla. (AP) — Kyle Busch has been showered in confetti and sprayed champagne in every victory lane in NASCAR.

So when the traditional pit stop for race winners in Phoenix underwent a makeover this season, the 2015 series champion knew his way around the site enough to have some gripes about the reconfiguration.

The fans cramped his party so much that their screams reverberated in his ears, and the setting was hardly ideal for the post-race pageantry.

Busch made a pitch worthy of his own HGTV home-improvement special.

Read More: Joey Logano Is the Clear Underdog Heading into NASCAR Championship Race — But Don’t Tell Him That

Few drivers in NASCAR history know how to win quite like Busch. He did it eight times in Cup this season — he’s closing in on 200 national series victories overall — and again represents Joe Gibbs Racing in NASCAR’s final four.

If Busch takes the checkered flag in his No. 18 Toyota again Sunday at Homestead-Miami Speedway, he won’t have a single complaint.

He’ll be the NASCAR champion.

Kyle Busch is now only SIX victories away from 200 total NASCAR wins!

Busch has largely avoided the scandals and headaches that have hit the other contenders and simply went wire-to-wire as perhaps the best driver in the sport.

“He’s very fiery and has a will to win that probably isn’t matched,” crew chief Adam Stevens said.

His eight wins tied fellow title contender driver Kevin Harvick for the series high — and he could have knocked his Stewart-Haas Racing rival out of the championship picture with a bit of gamesmanship over the final laps at Phoenix.

Busch could have eased off the gas and let Aric Almirola zip past for a win in an attempt to block Harvick from running for the title. It would have been a gutsy — and controversial — move few would have blamed him for attempting.

It's been a great #18N18 so far, now let's go cap it off with the 🏆 on Sunday!#NASCARPlayoffs pic.twitter.com/Mczhi5j6mc

And if they did? Busch would have accepted any scathing criticism, much as he has over the course of his career in which he’s firmly entrenched as NASCAR’s top villain.

But after a flicker of thought about the maneuver, Busch simply stepped on it. He’s all about winning, so he took the checkered flag and now has a second Cup championship in sight.

The 33-year-old Busch won the 2015 championship months after a broken leg and foot sustained in a wreck at Daytona cost him all but 25 races of the season. He hasn’t missed one again yet in Cup, though he’s scaled back his race commitments in the Truck Series and second-tier Xfinity Series. Busch raced in seven Xfinity races and five Truck races because new rules — a sort of Kyle Busch effect — have limited the number a Cup driver can enter in lower levels.

His win at Phoenix gave him 51 in Cup (11th on the career list) and 194 in all three series. Richard Petty, a NASCAR Hall of Fame driver, has the record at 200. But all the King’s wins were in the Cup Series.

Any way you count them, Busch seems to pass more NASCAR legends with each checkered flag.

“It feels good to be able to continue to climb up the ladder of the all-time wins list,” Busch said.

Busch will race Sunday against Martin Truex Jr., Joey Logano and Kevin Harvick for the championship at Homestead. The highest finishing driver of the four will claim the title, and this format has shown that it typically takes a race victory to claim the Cup.

Busch won the race en route to the title in 2015. He finished third in the standings in 2016 and was series runner-up each of the last two seasons. With a win, Busch would join seven-time champion Jimmie Johnson as the only active drivers with multiple Cup titles.

“I think it would obviously be a continuation of my legacy in the sport and what I’ve been able to do and what I’ve wanted to accomplish here,” Busch said. “You know, you want to be the best of the best, and that’s better than anybody that’s ever been here before. Two hundred wins, seven championships, whatever it is, you’ve just got to go out there and continue to collect your accomplishments and hopefully we can do that.”

Busch battled a tire issue in the Daytona 500 and finished 25th before he started his drive toward the title. He had three second-place finishes over four races as an appetizer for a three-race winning streak at Texas, Bristol and Richmond. He also won at Charlotte, Chicago, Pocono, Richmond and Phoenix.

“When we’ve put ourselves in proximity to the front late in the race and had an opportunity to capitalize, we’ve been able to do it,” Stevens said. “I wouldn’t pin the favorite label on us, and equally, I wouldn’t put it on anybody else.”

Harvick is entangled in a cheating controversy. Truex’s Furniture Row Racing team is about to shut down at the end of the season because of sponsorship woes. And Logano’s season has been solid but hardly championship worthy.

Busch, who also owns the Kyle Busch Motorsports team in the Truck Series, is vying for a title while also sharing the journey he’s on with wife Samantha as they try to have a second child through in vitro fertilization.

“We won’t know anything until after Homestead,” Busch said.

At that point, it could be time to slap a baby on board sticker on a championship car.