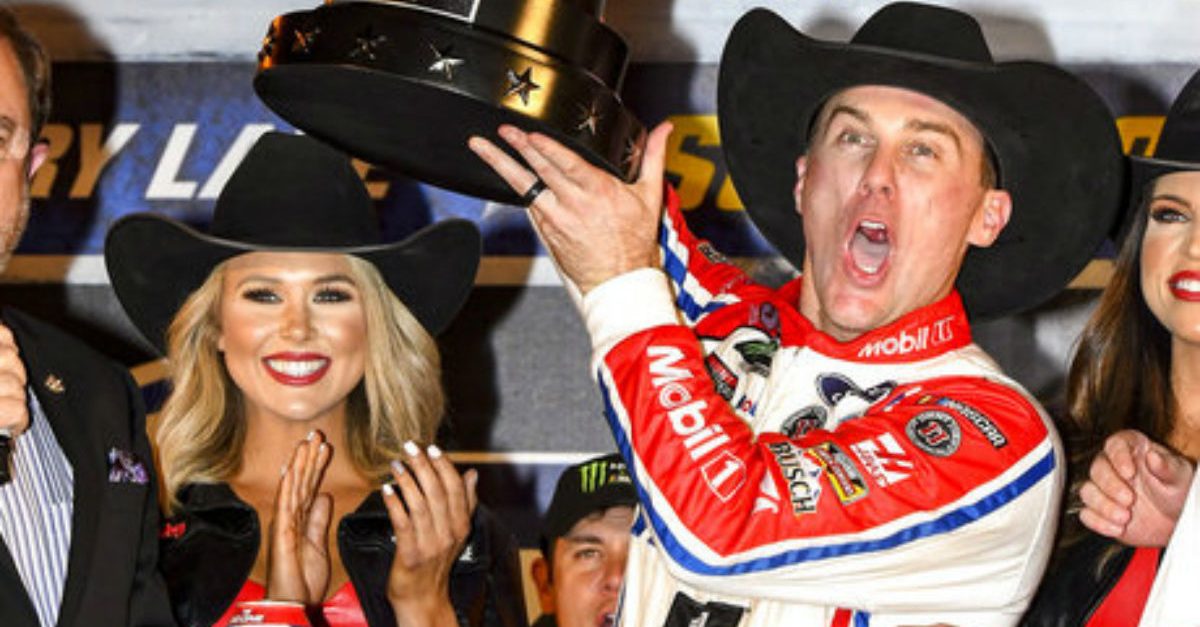 CHARLOTTE, N.C. (AP) — Kevin Harvick has been stripped of his berth in NASCAR’s championship race because his winning car failed inspection after Texas Motor Speedway.

NASCAR said Wednesday the discovery made after Harvick’s win negates the automatic berth he earned into the finale. The No. 4 had an illegal spoiler.

The rule in question states that spoilers must be used exactly as supplied from the manufacturer and not altered. The infraction was discovered when NASCAR gave the car a further inspection in North Carolina.

Kevin Harvick is no longer locked into vying for the NASCAR Cup Series championship as his race-winning car from Texas was found to have an illegal spoiler during technical inspection at the NASCAR research and development center. Stewart-Haas Racing… https://t.co/koD0RhqzrW

Harvick was docked 40 driver points and the team loses 40 owner points as well. Harvick now enters this weekend’s race at Phoenix fourth among the remaining eight playoff drivers, three points above the cutline. Should there be a tie for the final transfer spot, Harvick would not be eligible to use the Texas victory in the tiebreaking procedure.

Crew chief Rodney Childers and car chief Robert Smith were suspended for the final two races of the season. Childers also was fined $75,000.

Greg Zipadelli, vice president of competition at Stewart-Haas Racing, said the team will not appeal the penalties.

“We work tirelessly across every inch of our race cars to create speed and, unfortunately, NASCAR determined we ventured into an area not accommodated by its rule book,” Zipadelli said. “We will not appeal the penalty. Instead, we will direct our immediate focus to this weekend’s event in Phoenix and control our destiny on the racetrack.”

Harvick’s win at Texas was his series-leading eighth in 2018.

He had joined Joey Logano as the only drivers locked into next weekend’s championship race at Homestead-Miami Speedway. Now, three spots will be up for grabs in Phoenix.

The 2014 Cup Series champion is a nine-time winner at Phoenix, including earlier this year. He won at Phoenix during his title-winning season to earn a spot in the four-car championship field.

He’s been in NASCAR’s final three of the last four years.