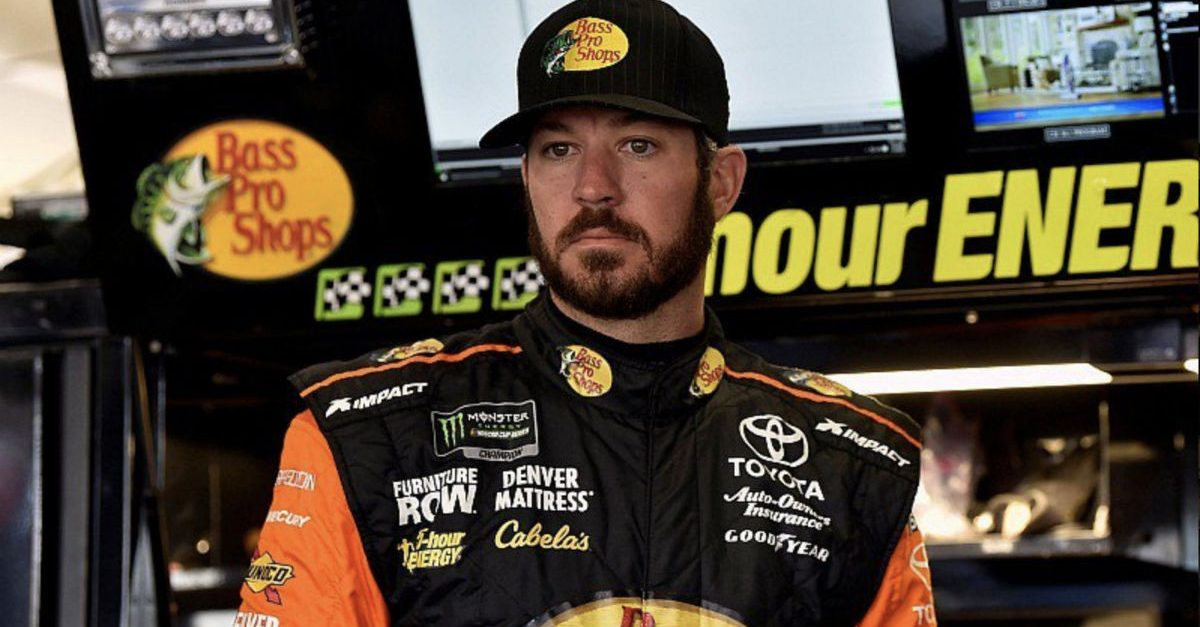 They say that good things comes in threes, but apparently bad things also come in threes, as Martin Truex Jr. found out this past Sunday at Texas Motor Speedway’s AAA Texas 500. The driver of the No. 78 Toyota for Furniture Row Racing had to deal with an engine change, a loose wheel, and a pit road penalty, though, luckily for him, Truex was able to recover down the stretch and snag the ninth place finish.

Potential trouble for two of the Big 3!

?I?m telling you, God is testing us,” Truex said, according to NASCAR.com.

?Had to start at the back, got to the front, hung around there for a while and then had a loose wheel there again,? Truex said. ?Just a tough day. Overall, a good day. Luckily, we were able to get up front and get some stage points in the first two stages and then we had trouble, but we had it at least in time to recover.?

Kevin Harvick’s ultimate victory ended up being a major plus for Truex, considering that the Stewart-Haas Racing driver already leads Truex in points.

?Harvick or Kyle (Busch) winning is a perfect scenario ? the guys that are ahead of you in points,? Truex said. ?That was good. I feel OK about where we are. I think we need a little more speed to run with the Fords ? they?re clearly really, really fast right now.

?If this was last year, they would all be complaining that we?re too fast, so I don?t know if I should do a (Brad) Keselowski and start whining about it or not. They?re really fast, and if we?re off just a little bit we can?t run with them.

?We were off a little bit today. On the short run, they were really fast, but on the long run I thought we were as good as anybody, but just never got to show it. Track position was so, so hard to get.?