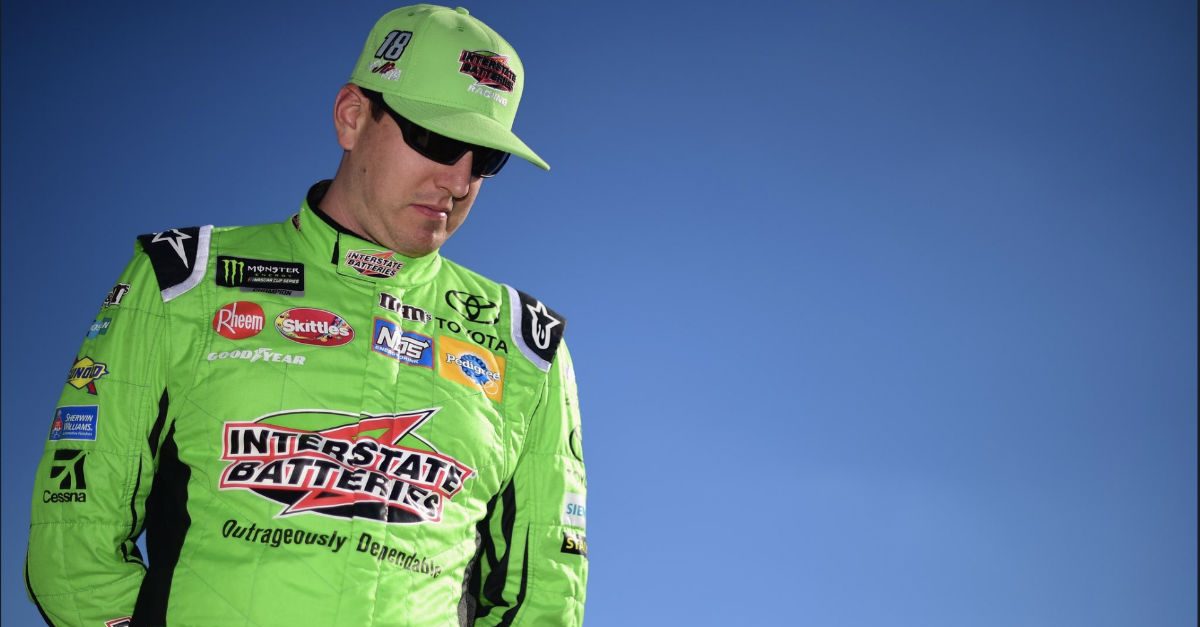 Kyle Busch may have been sharing the spotlight with fellow “Big 3” members Kevin Harvick and Martin Truex Jr. for the majority of this NASCAR season, but he’s the one to watch heading into Bristol Motor Speedway this weekend, having won at the Tennessee race track seven times over the course of his Cup Series career.

To be fair though, in own Rowdy’s mind, he’s probably always the one to watch. Win or lose, he’s always looking forward to the next race, thinking about how and his team can improve from the race before. You could say that Busch spends a decent amount of time looking ahead to the future.

So, when it comes to those hot button issues surrounding the sport of NASCAR, particularly the sticky situation created following NASCAR CEO Brian France’s arrest, Busch has probably thought long and hard about what that means for the future of NASCAR, and he touched on exactly that in a recent interview with CBS Sports.

Last year, it was @KyleBusch who embraced the haters after sweeping the weekend at @BMSUpdates. #TBT pic.twitter.com/fgGgDTFixY

“I probably would admit that I have a better relationship with Jim (France) than I did with Brian (France),” said Busch, who drives the No. 18 M&M Toyota Camry for Joe Gibbs Racing. “I’ve seen Jim around, I’ve talked to him a few times and he’s kind of been more of the IMSA side for NASCAR and now is on our side here with the stock car side.”

“I’m looking forward to building that relationship more and seeing what all that entails. It’s very, very early and this is his first opportunity to be here at the track here this week. I believe he’s here and we’re supposed to meet tonight. I’m looking forward to that. I think there needs to be a good dialogue between the leadership of NASCAR, whoever that is from top through the next 10 and the drivers and the team owners and stuff like that. Hopefully Jim can be that guy to give us that type of confidence in everything going on.”

Busch also gave a few pointers on what he looks for in a young NASCAR driver and the advice he has for kids looking to break into the sport.

“I don’t want to give away all my secrets,” Busch said. “But you have to be able to drive and drive real well. We know how competitive this sport can be to get into, there’s a lot of good young drivers out there. I look for someone that has the right mentality and heart, you have to be willing to go out there and give it 100 percent every single week.”

“You have got to have that drive,” Busch continued. “Throughout your career, whether you’re getting into the sport or have been it in for a number of years like me, there will always be obstacles. The important thing is how you deal with those obstacles and come back from any disappointment or setback, no matter how big or small.”

Speaking of the future of NASCAR, Busch and his wife Samantha have a three-year-old son named Brexton. Of course, it’s a little too early for him to get into racing just yet, but Busch, whose dad taught him how to race and whose older brother Kurt is also a NASCAR driver, wouldn’t be all that opposed to turning NASCAR into a family legacy.

“If Brexton shows an interest in racing I will certainly do what I can to help him succeed in the sport,” Busch said. “At the end of the day the decision will be up to him, I just want him to be happy and will support whatever decision he makes when it comes to racing.

“My dad certainly has an eye for talent and he did something right getting his sons to the top of NASCAR. So when the time comes and if Brexton shows that’s what he wants to do, I’m sure he’ll see if he has what it takes or help him down that road if he wants to.”