Samantha Busch’s “Mommy Time” Is Different Than Most NASCAR Wives 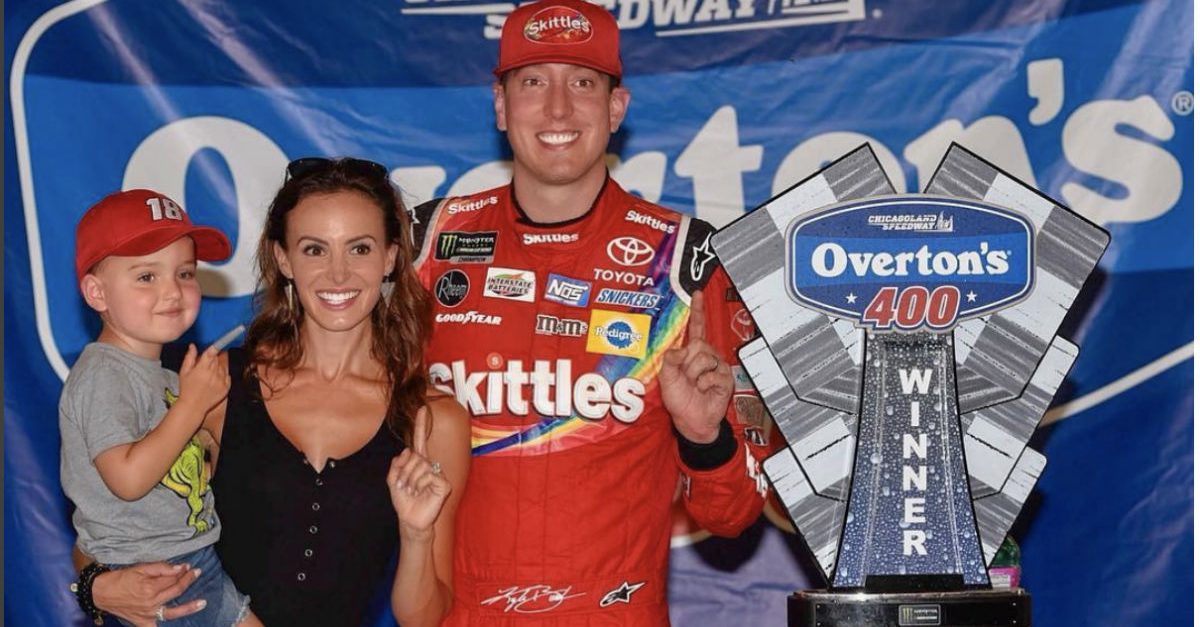 If you follow NASCAR on the most cursory level, you know that Kyle Busch is one of the most controversial NASCAR drivers in the United States. He’s got quite a few haters (maybe you’re one of them) who love to hop on their social media accounts and dish out hot take after hot take.

While Kyle is certainly not afraid to engage, he can’t exactly tweet during race day. That’s when his wife, Samantha Busch, comes in.

Happy 4th of July 🇺🇸 @shopmurph is having an additional 30% off sale items (like this cute suit!) to celebrate! Use code: RedWhiteBlue at checkout 💋

In an interview with For The Win promoting the Walmart Family Mobile plan, Samantha dished on why she loves to serve as Kyle’s social media surrogate when he’s out on the track with the pit crew.

Per For The Win:

Q: YOU?RE VERY ACTIVE ON SOCIAL MEDIA DURING RACES. WHAT ARE YOU TRYING TO DO, AND WHAT?S YOUR STRATEGY?

A: It?s funny ? I call it my ?mommy time? because I have pretty much three-and-a-half hours where the world is blocked out for me. So I?ve got my earphones in, and I?m listening to Kyle. And then on my phone, I?m constantly giving the fans updates and live pictures.

Samantha Busch does love her some social media, but don’t think she’s just scrolling through her Twitter all day. She also owns a clothing line called Murph Boutique, runs her own lifestyle blog, and is heavily involved in the the Kyle and Samantha Busch Bundle of Joy Fund, a subsidiary of the Kyle Busch Foundation. Not to mention she has three-year-old son Brexton to take care of while Dad’s out racing.

If anything, the constant Twitter updates on race day help to calm Samantha’s nerves as she envisions victory lane.

During the race, I love that there are hardcore, diehard Kyle fans, like myself, that are just as nervous as I am. They?re just as excited to hear if the pit stop goes well, so it?s really just a great platform for me to engage with people that truly care and love the sport.

We r racing in hot and windy Chicago! Kyle started p18 and is p14 after 5 Laps. Said all weekend his car wasn’t great but he was confident Adam and the boys would have it right for the race

Stage 1 Kyle is p12. Adam says only 16 on the lead lap so to plan to come in for a lengthy stop for adjustments. Says he has no desire to run p12 all day so they r going to get it right

As you can imagine, there are a fair amount of Kyle Busch trolls. But Samantha isn’t one to let the haters get her down.

Sometimes I do [clap back at the trolls], but that?s when that lovely block button comes in, so I use that quite often. There?s just not enough time to think about negative opinions, and I would say 99 percent of people are pretty positive. And the 1 percent of people, it?s not even worth going back at them because no matter what you say, it?s not going to matter.

Even though Samantha is Kyle’s biggest defender, she doesn’t always 100 percent agree with some of his more out-there comments.

The ones that get me are during a yellow when him and (crew chief) Adam (Stevens) are joking back and forth. At the All-Star Race, Adam?s like, ?How?s your car?? And he?s like, ?Absolutely terrible, but I?ll get a top 10 for you, buddy.? I think if anything, Kyle?s more calm on the radio than what I?m yelling to nobody, so nothing he says surprises me.

You know it’s a match made in Heaven when nothing Kyle Busch says can surprise you. Gotta love the Busch family!

The “Oh you look so happy but omg you are so high” face! #momlife