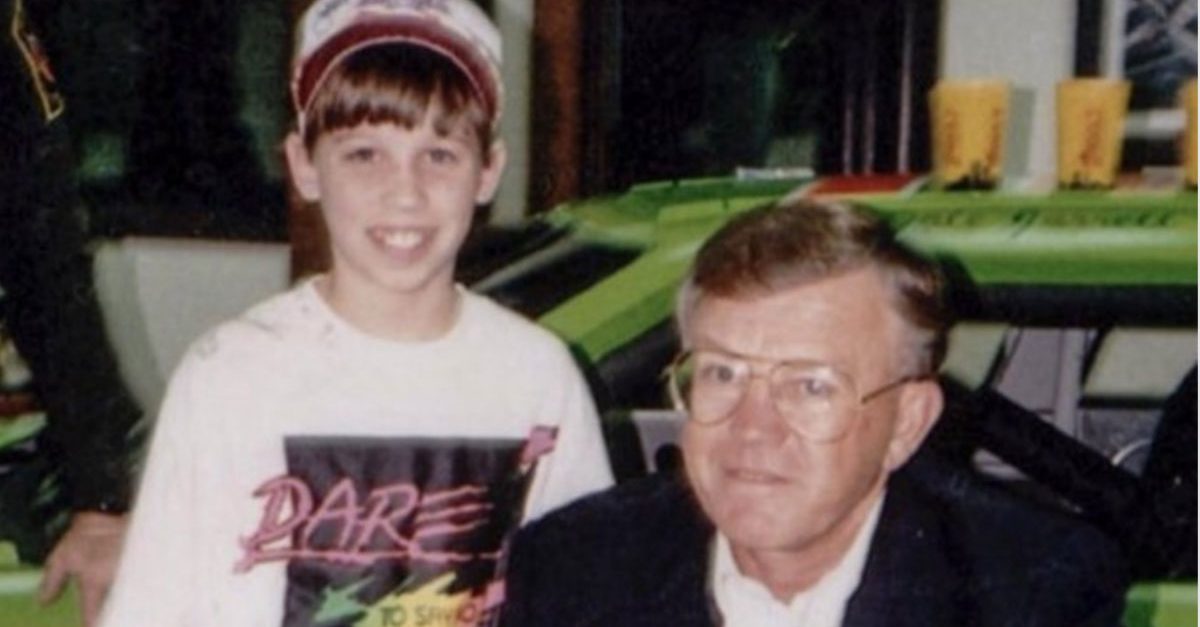 Things tend to have a way of working themselves out, and if you don’t believe that, hopefully this story will do a decent job of convincing you.

NASCAR driver Denny Hamlin, a Virginia native and longtime Washington Redskins fan, was 11 years old when he first met legendary former Redskins coach Joe Gibbs. It was one of those special moments that he’d remember forever, because not only did Hamlin get a picture with Gibbs and get him to autograph his Super Bowl hat, but he also told the NFL legend that he would one day race for Gibbs’ NASCAR Cup Series team, which had just been newly formed.

Fast forward 26 years later. Hamlin has been racing for Joe Gibbs Racing for 14 years and has won 31 races during his Cup Series career, including the 2016 Daytona 500. You can say that it’s all been a dream come true. However, for most of that time, Hamlin has been without his autographed hat from all those years ago. In fact, he ended up losing it almost immediately after getting it signed.

“I wore that to an autograph session in 1992 and got Joe to sign it,” Hamlin recalled in a video with The Washington Post‘s Kimberley A. Martin. “My parents told me, ‘Don’t take it to school. You’ll end up losing it or messing it up.’ I stuck my head out the school bus window. It flew out and lost that hat forever.”

🎥: Alex Smith also had a gift for @dennyhamlin 🧢 #Redskins pic.twitter.com/ud4yFVQyPn

But, because things have a way of working themselves out, Hamlin ended up just recently being gifted a new hat courtesy of Redskins quarterback Alex Smith. Naturally, Hamlin took that hat right to Gibbs — now his favorite football coach and his boss — who signed the hat and took another picture with Hamlin.

Joe, the age-less one. Thanks for signing my hat boss! pic.twitter.com/FWVgDgZrHH

After 26 years of waiting, @dennyhamlin is once again the proud owner of a @Redskins Super Bowl XXVI hat signed by Coach Gibbs.

What an awesome moment!