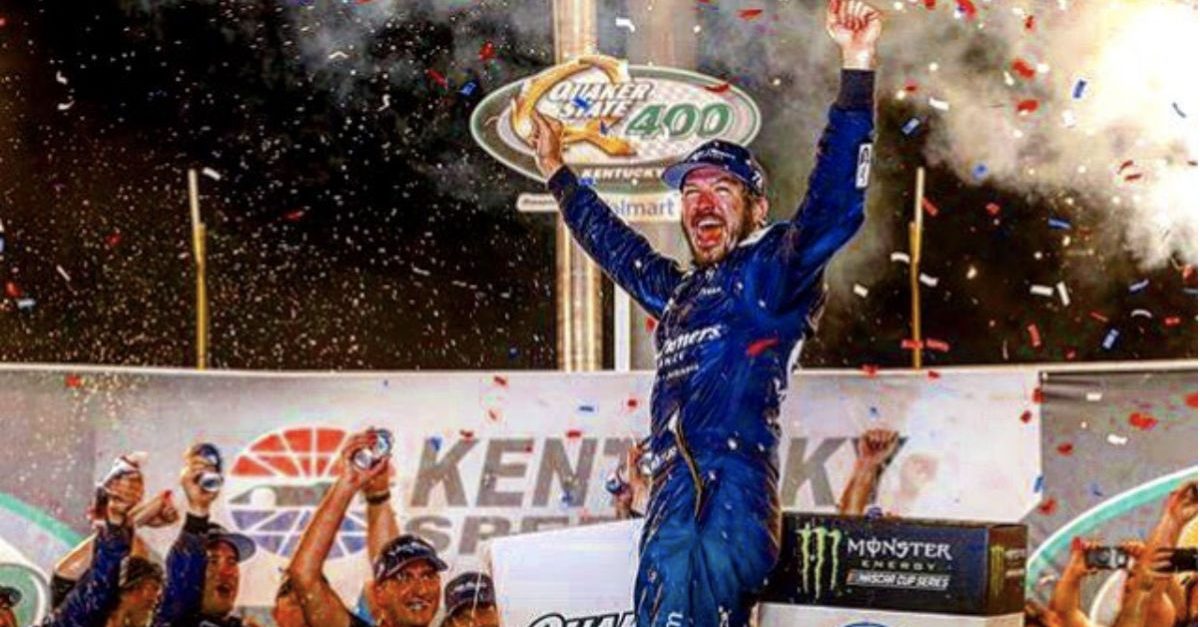 Martin Truex Jr. is feeling confident after his most dominant performance this season.

That’s understandable, considering the defending Cup Series champion and his Furniture Row Racing team are slightly ahead of last season’s pace, with signs of even better things to come.

“I feel great about where we’re at,” Truex said Saturday night after leading 174 laps from the pole to repeat as winner of Kentucky Speedway’s 400-mile race. “Most importantly, I feel like as a team we’re getting dialed in more so like we were last year.

“I feel like we’re getting closer, getting more dialed in to what we’re doing, to what the car wants with the new rules and things. And that’s how I felt like we were last year.”

Truex’s fourth victory and 13th top-10 of 2018 in the No. 78 Toyota Camry are each one better than after this event a year ago, though this race was run a week later. He still trails points leader Kyle Busch and Kevin Harvick but cut his deficit to Busch from 120 points to 110.

Busch and Harvick finished fourth and fifth, respectively, at Kentucky to maintain their positions. But Truex is serving notice if being the driver to beat when the playoffs begin in September.

Truex won his third race in six starts and posted his eighth top-four in the past nine. His mastery of Kentucky’s 1.5-mile layout ought to boost confidence at the handful of similar-length ovals that comprise half the playoff schedule.

His Denver-based team, meanwhile, looks to build on encouraging efforts across all tracks.

“We’re just continuing to try and get better and it’s been a lot of hard work,” crew chief Cole Pearn said. “I don’t know if it’s the same as last year or not, but I think we’ve kind of thrown that away and just focused on the moment. We’ll see where the future takes us.”

“We’ve got some good tracks coming up,” Truex said. “We’ll just see. It’s important to carry momentum through these summer months and get ready for the playoffs.”

Kentucky will stand out for Truex, and not just because his car rolled away from him during a postrace interview. He swept every stage and frequently picked off challengers before putting distance between them.

The same can be said for the standings, where he, Busch and Harvick are separating themselves from the field.

“Is it good for the sport? I don’t know. I really don’t care,” Truex said. “My job is to go win races. My job is to win championships. That’s what I’m here to do.

“With that being said, you never know when it’s going to change. … The sophistication behind setting these cars up, the simulation, our engineers, the job Cole does and all those things pulled together is just _ it’s crazy how good it’s been working. Hopefully we can keep it going.”