Kevin Harvick has an interesting idea to spice up NASCAR, but track presidents are lukewarm 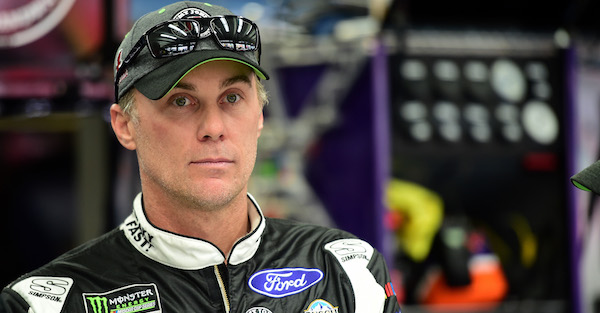 Sometimes you just get drivers who complain and don?t offer any solutions. Kevin Harvick is trying to be a solutions guy but seems to be getting the ?thanks, but no thanks? brush off.

The veteran Harvick has been a strong proponent of shaking up the NASCAR schedule to keep it from getting stale.

?People don?t like the same thing. You have to keep their attention,?? Harvick said last week.

Some of the proposals include rotating the playoff races and the championship race to different tracks, much like football does with the college National Championship and the Super Bowl, according to autoweek.com. Harvick believes NASCAR has plenty of ?races?, what they lack are ?events? that spark interest. He thinks sanctioned tracks undergoing renovations should loan out their race date to another lesser-known track willing to host.

“I think everyone is reluctant to go in and really mix it up because of the sanctioning agreements,” Harvick said. “I think if you could work something out to where you could take your date and lease it to someone else, but you are still in charge of that date and do that on occasion, to help create those unique events.?

A move like that would require NASCAR to be on board and, more importantly, track owners willing to give up a date. The latter is probably not going to happen.

“I’ve been involved in NASCAR since 1990 and one thing I’ve learned is that you never say never. With that said, I’m not sure how that could work,” said Phoenix ISM Speedway president Bryan Sperber, whose track is undergoing a renovation right now.

Even though Phoenix gets two NASCAR dates a year, giving up one of those during a renovation is not something they?re willing to do. Attendance at NASCAR tracks is down, but lower attendance is better than no attendance could be how they?re thinking. Las Vegas Motor Speedway president Chris Powell, who also enjoys having two NASCAR dates a season, says it?s not about them but NASCAR fans.

?I think you have to consider the fans,” Powell said. “We have to consider them first. Not just NASCAR or the drivers or the networks, but the fans. We have to keep the fans number one. So, my opinion is, if you take a race away from a large group of people, and if you’ve had a NASCAR date before, it doesn’t serve them well to take it away.”

Harvick?s idea has some merit and could produce some new interest in areas of the country that don?t see much live racing. If the idea goes anywhere, it will need NASCAR?s top bosses setting it in motion as part of the sanctioning negotiations for new deals in 2021. Otherwise, track owners are none too anxious to loosen their grip.