Will Charlotte’s Roval Be NASCAR’s Race of the Year? 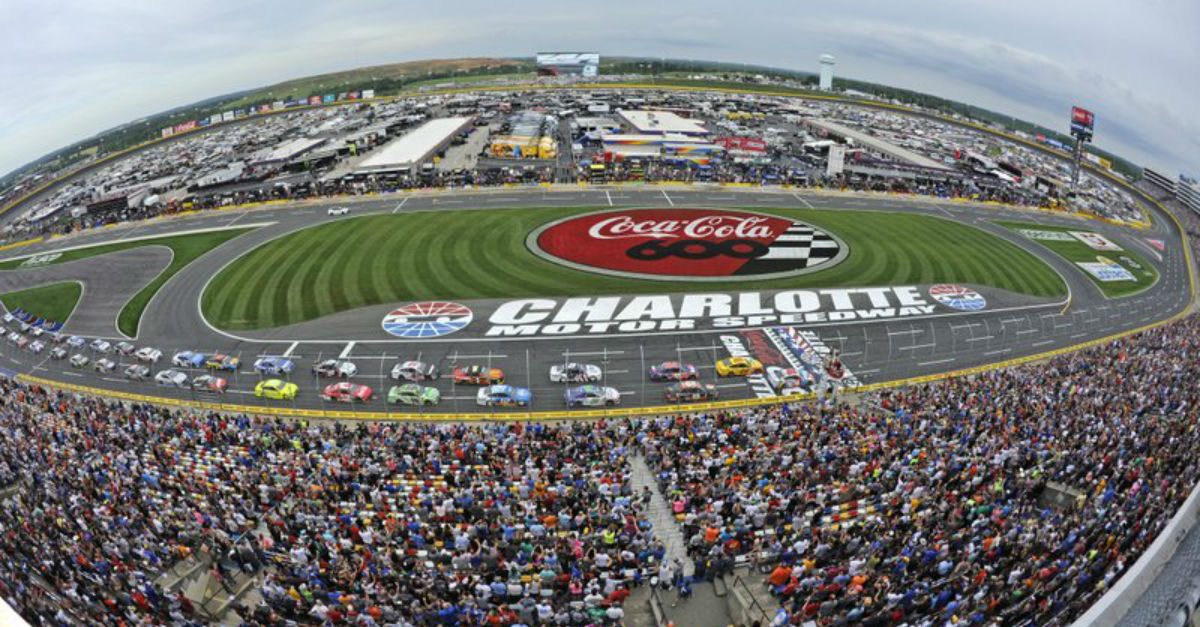 CONCORD, N.C. (AP) ? Charlotte Motor Speedway already has a win for the buzz it created by taking a bulldozer to its infield and building something new to NASCAR.

Charlotte?s ?roval? will debut Sunday in a critical playoff race ? a track unlike anything used before in NASCAR. It isn?t an oval or a road course; rather, it?s a hybrid that uses Charlotte?s existing speedway along with a winding course through the infield.

We are JUST 4️⃣ days away from these guys taking on the #BofAROVAL Sept. 30! There will be great racing on the track and fun for all ages in the Fan Zone!

A post shared by Charlotte Motor Speedway (@charlottemotorspeedway) on Sep 24, 2018 at 10:57am PDT

Fans haven?t been this excited for a race, for a track, in forever. The 17-turn, 2.28-mile course has a 35-foot change in elevation and everything about it is a mystery even after a handful of test sessions.

It is a lurking monster on the schedule that has terrified teams trying to guess what to expect.

Come September 30th everyone will be on their toes at the #BofAROVAL!

A post shared by Charlotte Motor Speedway (@charlottemotorspeedway) on Sep 22, 2018 at 1:20pm PDT

At least they could formulate a plan of attack at Talladega.

For the roval, no blueprint exits.

Drivers figured out a shortcut during a test session in July when they used an artificial chicane to cut time rather than to slow their speeds. NASCAR and Charlotte officials have addressed that, but other quirks may pop up as soon as drivers hit the track this week.

The roval has the potential to be one of the most memorable NASCAR events in decades, but it also could be a disaster or a demolition derby that makes professional race car drivers look like comedic amateurs. Still, the outcome doesn?t matter ? well, it does for the four drivers who will be bounced from the playoffs ? because this is already a winning moment for NASCAR.

Speedway Motorsports Inc., which owns the track, was willing to try something totally different. Racing at 1.5-mile speedways has lost a lot of its luster, and NASCAR has yet to hit on a rules package capable of creating white-knuckled racing. So SMI made a capital investment on its own property and came up with something unique in the long history of the stock car series.

They get bonus points, too, for creating a wave of panic among teams before the event.

?I?m terrified,? said Martin Truex Jr. ?I feel really bad for the guys that are going to go in there and have to do something. I think everybody is scared to death of that place.?

The bottom four before Charlotte are Clint Bowyer, Johnson, Erik Jones and Denny Hamlin, and they have to tackle a track that appears will be unforgiving and technical. The slightest error may end in a wrecked race car.

NASCAR was at Richmond Raceway last weekend for a playoff race. Everybody talked about the roval, even in regard to what they had to do to at Richmond. A good night at Richmond eased the pressure for Charlotte?s mystery track ? but those at the bottom have no idea how to save their season.

?Crash all those guys in front of me, is that a good option?? joked Johnson, the seven-time champion who is 14th in the standings.

Drivers may ultimately hate the course and whatever havoc it may wreak on the championship picture.

That?s not a bad thing in this current climate. Who wants to see more of the same old Charlotte racing with so much on the line? It?s not very exciting, and SMI President Marcus Smith has not only recognized the issue but has been part of an aggressive push to improved Charlotte?s stale racing. Smith wanted the exploratory rules package used in the All-Star race and embraced by fans, and the roval is just the next uncharted step.

He could have left things status quo ? boring ? and Charlotte could have been just another race. The roval, boom or bust, is a hopeful alternative that might go down as the race of the season.