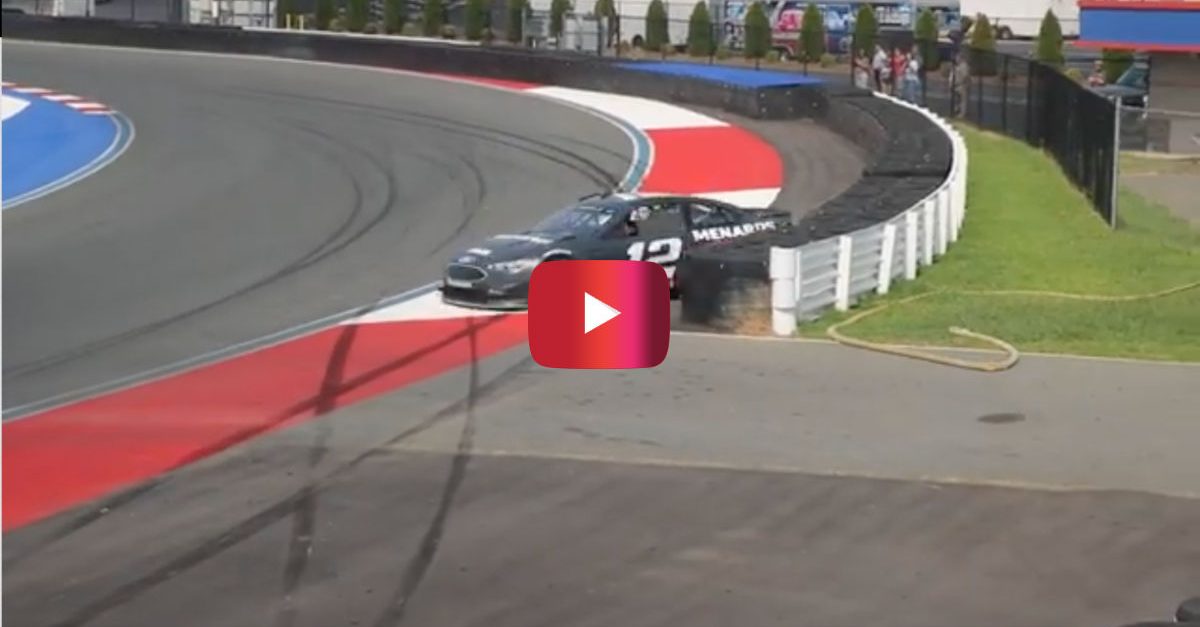 Lately, Charlotte Motor Speedway’s Roval course has been causing quite a few problems for some of NASCAR’s finest. Last week, Bubba Wallace had a pretty harsh encounter with a Turn 1 tire barrier during the first testing phase ahead of the Bank of America Roval 400 on September 30.

During the second phase of testing this Tuesday, Ryan Blaney, Alex Bowman, and William Byron had some tire barrier run-ins of their own, proving that the 17-turn, 2.28-mile road course is bound to cause a good deal of trouble come September.

Blaney, who has four top-5 finishes in 19 starts this year, crashed his No. 12 Ford Fusion after coming too wide into Turn 3 and slamming into a tire barrier. Due to the damage done to the car’s rear end, Blaney had to use a backup car to finish the test session.

“We try a lot of things we do at normal road courses to see if they work,” Blaney said of his approach to the Roval, according to WCNC. “This place is kind of an in-between of Sonoma and Watkins Glen, where it’s really fast in some parts, but the inner workings of this track are really slow and you have to be really smooth, so there’s just a lot that the team can learn and the driver can learn.”

Bowman also spun his car out around Turn 3, but unlike Blaney, he was able to finish the test in the same car after only a few minor repairs.

?I just got loose in and tried to keep it out of the tire barriers,? Bowman told NASCAR.com. ?It?s just a really awkward section through there, where we?ve been free in throughout the day, anyway. Just got in a little too hot and it was K.O. the tire barriers or spin it out, and I spun it out and still got them a little bit.?

Byron was not as lucky as his Hendrick Motorsports teammate and completely demolished his No. 24 car following a hard tire barrier slam caused by an apparent brake failure.

Never had a brake failure before. Not fun.

The Bank of America Roval 400 will mark a historic event for NASCAR as a Cup Series playoff race has never before been run on a road course.

But judging from the way a good chunk of drivers have been handling the course, it should be a race chock-full of wrecks, slip-ups, and spinouts.