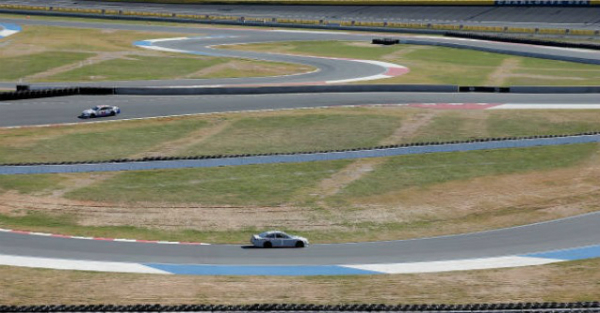 When it was announced last season that Charlotte Motor Speedway would host a road-course race in 2017 track officials immediately hyped it up.

Since the announcement the design has been altered multiple times, but Monday the blueprint for the track located in the infield of Charlotte Motor Speedway was released and ESPN’s Bob Pockrass wonders if it will live up to the hype.

RELATED: Unique race track changes its layout after drivers say the turns were too slow

Last year they held tire testing on the track and a few drivers suggested the removal of a few tight turns that slowed lap times down tremendously. Apparently not only are officials hyping up the new course, but they’re also listening as is evident with the latest revisions, according to ESPN.com.

“The test was frustrating last year,” said Marcus Smith, CEO of Speedway Motorsports, which owns the track. “It was a challenge to these guys.”

Officials at the track are looking forward to the new concept for the race at Charlotte, and they hope it will deliver the drama of a playoff elimination race.

Martin Truex Jr. was one of the four drivers involved in the tire testing last season and said the track was more difficult than expected.

“I think everybody is excited but the drivers are a bit nervous, Truex said. “It was a lot more challenging than I thought it would be.”

“I’m definitely not real sure how it’s going to go,” added Truex. “Hopefully Marcus gets the show he’s looking for and hopefully I’m not the guy that’s mad after it.”

There are more tire tests slated for March and track officials haven’t ruled out more tweaks to the course after the testing is completed. NASCAR will have organizational testing at the track July 10-11 and 17-18 with a limit of one car per organization. The opportunity will allow them to familiarize themselves with the course and have a better idea of what is to be expected.

If the Roval at Charlotte lives up to the hype, then we’re in for one hell of a race come September.