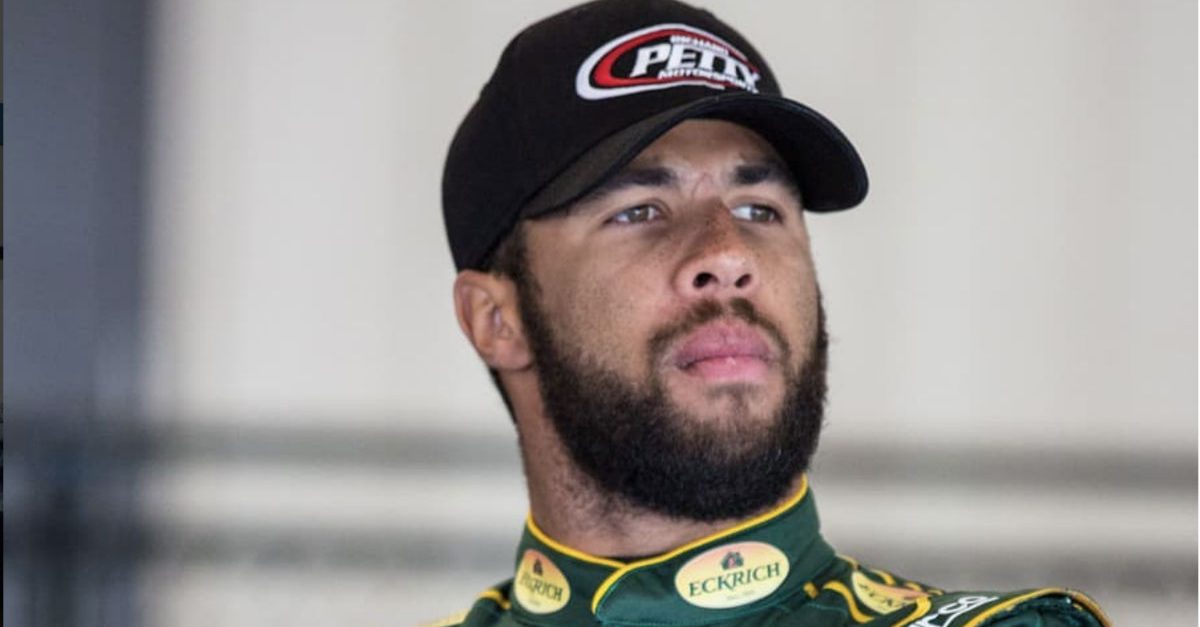 Charlotte Motor Speedway’s road course oval (or ROVAL, as it’s called) proved to be too much for American NASCAR driver Bubba Wallace, who wrecked his No. 43 Chevrolet Camaro during the second hour of his road test after spinning out and slamming into a Turn 1 tire barrier.

The team left the test due to not having a backup car.

Wallace declined to talk to media after his release from the infield medical center.

Bubba’s big wreck was during Charlotte’s “ROVAL Test Fest” July 10th event, during which fans can come watch their favorite NASCAR drivers race around the 2.28-mile ROVAL ahead of the Bank of America ROVAL 400 on September 30th.

Though it was just during a test run, you could still say that Bubba’s crash presents somewhat of a setback for the Richard Petty Motorsports racer, who is still hoping to snag that elusive win. He caught a glimpse of finish-line glory when he placed second to Austin Dillon at the Daytona 500 earlier this year.

Unfortunately, he did not fair as well at Daytona International Speedway at the Coke Zero Sugar 400 Monster Energy NASCAR Cup Series race this past Saturday night, when he was involved in the Ricky Stenhouse Jr.-caused mega crash that also caught up the likes of Denny Hamlin, Kevin Harvick, Daniel Suarez, Kasey Kahne, and Aric Almirola.

At only 24, Wallace is one of the struggling “young guns” who NASCAR fans are relying on to inject some life back into the sport. But, recent Daytona and Charlotte problems aside, Bubba still has a lot of racing in him. As he himself said, “I think about winning all the time.”

As far as the Bank of America ROVAL 400 is concerned, Bubba have plenty of time to think about winning. Hopefully, he’ll get to do some actual winning before then though.

READ MORE: Bubba Wallace has a high profile fan rooting for him