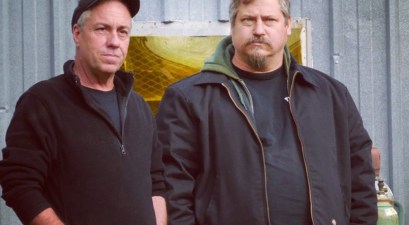 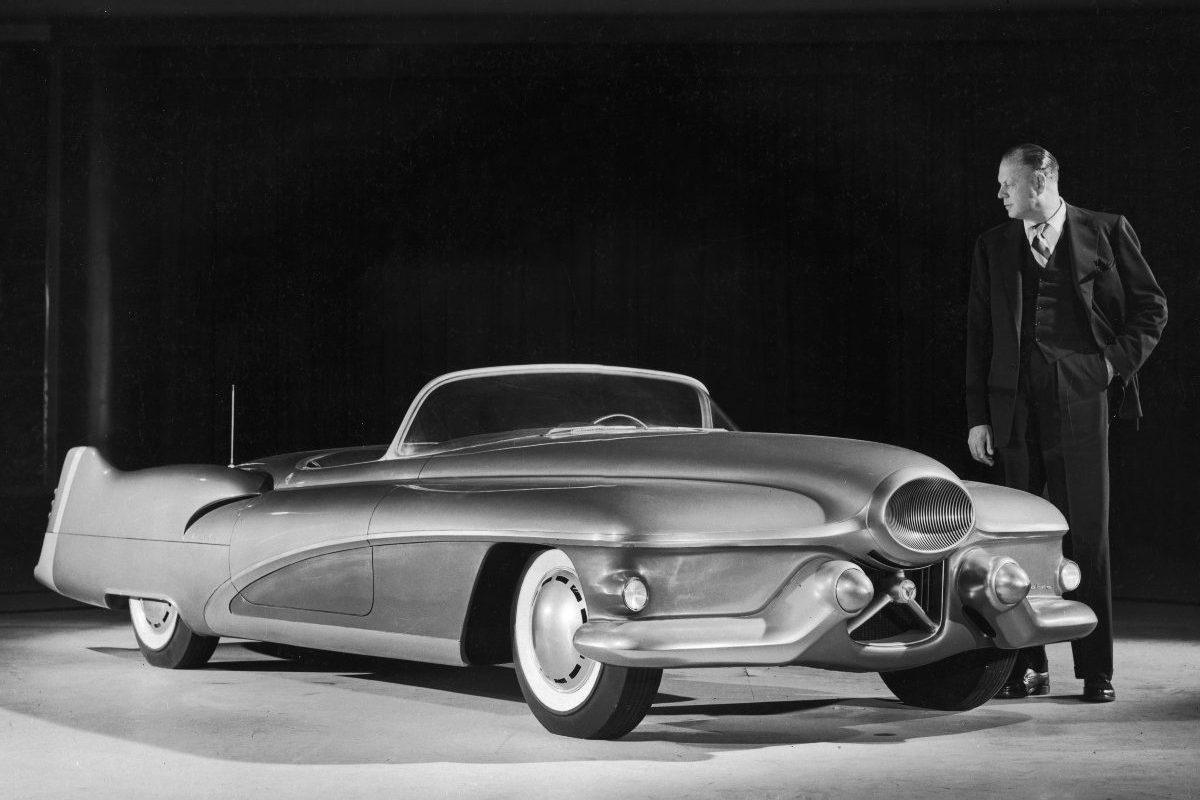 Today, the idea of an automotive industry big-wig becoming a national celebrity is pretty standard. But, during the dawn of the American auto industry and throughout the 20th century, a designer of cars had to truly come up with something special to win notoriety.

Harley Earl, known today as the “Father of American Auto Design,” is responsible for some of our favorite things about automobiles, and yet his name isn’t mentioned nearly as often as some of his contemporaries. So, how did Harley Earl end up as one of the most significant Michigan artists of the 20th century?

The answer is “a whole lot of innovation and talent.”

Though Harley J. Earl was born in Hollywood, California, he always knew automobiles were his calling. His father, J.W. Earl, was a coachbuilder whose business dated back to 1889, and had run the gamut from custom-built horse-drawn carriages to building custom automobile bodies for Hollywood stars.

Though Harley Earl had studied at Stanford University for a period of time, he decided instead to work with his father and mentor at Earl Automotive Works. Having watched his father work on custom designs from his birth in 1893 through the transition into car design the business took in 1908, Earl had a certain appreciation for both the functional and purely ornamental aspects of design.

In fact, Earl chose to make clay models of his design sketches, allowing him to have a feel for how a three-dimensional version of his inventions would truly exist. While the practice of creating 3D models of new visions and concepts is now standard, at the time, it was pure innovation — the first brainchild of Harley Earl to change automotive styling.

Given the success of the LaSalle, General Motors president Alfred P. Sloan created the “Art and Colour Section” at GM, naming Harley Earl the sections first director and shipping him out to Detroit.

The Start of Style

The fact that design and style were being applied to the automotive industry at all was ground-breaking. Before the “Art and Colour Section,” automobile bodies were largely engineered based on what was possible and cost-effective. Luxury brands shipped out chassis assemblies, and drivers contracted a coachbuilder to do the rest. Therefore, many parties at GM decided Harley Earl’s role at the company was completely unnecessary. Little did they know, the future of their brand depended upon him.

In 1937, the department got a new name, “The Styling Section,” and the role of the stylists became integral to automotive manufacturing and the success of a line. Together, Earl and Sloan pioneered “Dynamic Obsolescence,” or the now-common method of changing the styling of a vehicle just enough year after year that it’s easy to tell which model year someone is driving just from its external design.

Alongside this concept came the model-line hierarchy. Ever wonder who decided which trim is the base, and what design cues would help drivers distinguish the base trim from the top trim? Earl and Sloan. With Harley Earl behind GM design, the trim tiers and related increases in price across the lineup made sense inside and out.

One of Earl’s earliest tangible contributions to the automotive world was the idea of the concept car. While manufacturers often built one-off models, the concept car was designed exclusively to show the public what could be…someday in the future…if they liked it and it got enough traction. The Buick “Y-Job” was the world’s first concept car. With hidden headlamps, electric windows, and wrap-around bumpers, it was unlike anything the public had seen before. Best of all, executives at GM were able to gauge their responses to create a new line of cars…and the Buick Y-Job became Earl’s daily driver.

Even certain enduring features of American cars owe their existence to Harley J. Earl. Tailfins, an official symbol of the American 1950s, made their first appearance on the 1948 Cadillac. Earl was inspired by Lockheed P-38 Lightning fighter plane, and the concept ruled an entire decade of vehicle production, with each of the giant automakers trying to outdo each other with these giant appendages.

Earl often took a “more is more” approach to automotive design. Though we can thank him for creating a streamlined approach to cohesive design, in which all parts of a vehicle’s exterior work together, he also liked a bit of flash. Earl was a big fan of chrome, and laid it on thick.

Harley Earl’s design studio is also responsible for the success of the 1951 Buick LeSabre. It was the first car to feature wrap around windshield and bullet shaped bumper guards, and just like tailfins and chrome, they quickly became highly desirable features on Cadillacs, Oldsmobiles, and more.

The Car That Changed the American Automotive Scene

Legend has it that the 1951 Buick LeSabre became Harley Earl’s daily driver after the Buick Y-Job. He drove it across the country to a variety of automotive events. As a Vice President of General Motors — the first person from the “Art and Color Section” to receive such a title — Earl was always keeping a keen out for what moved the automotive world.

At Watkins Glen International race track in New York, he got his answer. Inspired by the passion the race car drivers had for their vehicles, Earl was inspired to create a sports car that the general public could admire as much as the racers adored their vehicles. Throw in a dash of the post-World War II European road car swagger, and a top secret concept car known as “Project Opel” commenced under manager Ed Cole.

On January 17, 1953, the Waldorf-Astoria was buzzing with excited visitors to that year’s Motorama. Little did anyone know, a legend was about to be born. Though it was about six months away from completion, there it was: Project Opel, a.k.a. the Chevrolet Corvette. So far, things seem to be going well for this little car.

Harley Earl retired at the mandatory retirement age of 65, handing the reins over to Bill Mitchell in 1958. However, it was his time at GM that completely changed the way automotive design is thought of. From the inception of the “Art and Colour Section” to being the artistic driving force behind the car trends of the 1950s, it’s clear that Harley Earl has had a lasting impact on the American automotive industry.

Now, every time you see a Corvette, a splash of chrome, or notice the distinct design cues between two trims of the same model, you know where they came from: Harley J. Earl of Hollywood, California.