50 Crazy and Interesting Car Facts That You Should Know 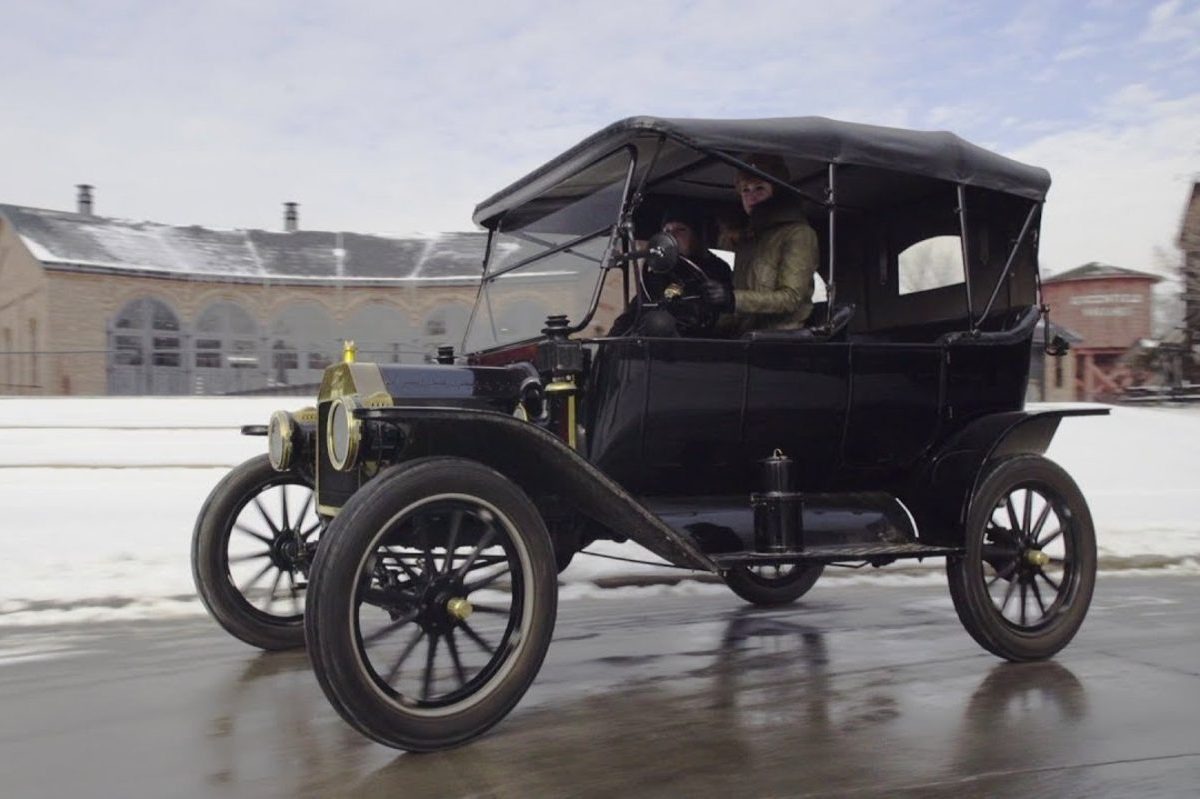 There are a lot of gearheads and auto gurus out there.  But really, it’s impossible to truly know and retain everything there is to know about cars. Even if you can name ever used car on the lot, you may not know the global history of every car company ever.

But relax– we’re here to help you brush up on your automotive trivia with 50 fun and interesting car facts. Regardless of what you think you know, this list will help you knock it out of the park on team trivia night. Or you’ll just look cool at work tomorrow. Read on and learn more.

1. There are currently more than a BILLION cars being used around the world. That’s billion. With a B. Experts project we’ll be at 2 Billion by 2040.

2. Nearly 70 million cars are manufactured every year.  Despite what you may think, that means not everyone drives the same car you do.

3. In 1886, German inventor Karl Benz, the co-founder of Mercedes-Benz, built the Benz Patent-Motorwagen, which is widely considered to be the world’s first car.

4. The first speeding ticket was issued in 1896. The speed? A whopping 8 MPH. For comparison, a horse and carriage trotting along at a good clip average 10 MPH. So much for the “convenience” of automobiles, right?

6. If you drove an average of 60 MPH, you could make it to the moon in less than six months. Although, we wouldn’t recommended attempting that road trip. There are no gas stations in space.

7. In 1908, the Ford Model T became the first car to be mass-produced. While the first cars were pretty pricey, by 1925, you could buy one for as little as $250.  The reason for the price drop?  The invention of assembly lines, of course.

8. The average car has 30,000 parts. Can you name every single one? Furthermore, can you find every single one after you’ve taken it apart and need to put it back together again?

9. That new car smell you can’t get enough of? It’s actually composed of around 50 volatile organic compounds, and manufacturers have been working to eliminate the smell completely.

10. The average American motorist spends 42 hours a year stuck in traffic. Talk about a serious drag.

11. The most frequently stolen car in the United States is the Honda Accord. Lock your doors, Accord owners.

12. With a top-speed of 277.8 MPH, the Koenigsegg Agera RS is currently the fastest production car in the world. With faster cars being churned out virtually every month, who knows how long it’ll hold onto this record.

13. In Russia, it’s illegal to drive around in a dirty car. Car washes must make a KILLING out there.

14. Speaking of car washes, 16% of car owners admit to never washing their cars. Hopefully, none of these drivers live in Russia.

17. The top speed at the first automobile race in the United States was 15 MPH. It’s a wonder folks were even able to stay awake during the race.

19. BMW in South Africa offers a flamethrower option, called the Blaster, to prevent car-jackings. I guess that’s one way to do it.

20. The average car spends 95% of its time parked. Which makes sense, when you think of how humans spend 95% of their time.

22. Ferrari, on the other hand, churns out just 14 cars a day. Not that surprising, considering your average person doesn’t exactly have the funds to buy a Ferrari.

23. Each year, around 280 million car tires are discarded, some like the tire in the below video.

24. In 2015, Volkswagen sold more of its currywurst sausages than cars. No, the “VW Sausage” is not the nickname for the electric Vanagon prototype.

25. The Toyota Corolla is the best-selling car in the world, with one being sold every 15 seconds. To be fair, the Corolla’s market extends to over 150 countries and regions.

26. The 2011 Ford Crown Victoria was the last vehicle to offer a cassette player as an option. RIP, nostalgia.

27. In Switzerland, it is illegal to slam a car door after 10 p.m. So much for dramatic Swiss car exits.

28. The record for removing and replacing a car engine is 42 seconds. The team? The UK Royal Marines. The car? A Ford Escort. Not too shabby at all.

29. At only 19 inches high, the Flatmobile is the lowest street-legal car in the world. That is one sleek ride.

30. As for the longest car in the world, that title belongs to the 100-foot-long custom-built limousine made by California carmaker Jay Ohrberg. Could you imagine rolling up to a party in this bad boy?

31. This one’s for all you music fans out there: Most car horns honk in the key of F.

32. Electric cars aren’t as new as you might think. In 1900, 38% of all cars were electric. Finding a charging station was really stressful then, too.

33. Speaking of electric vehicles, over half of the vehicles sold in Norway in 2020 were electric. The top selling brands? Tesla, Nissan, and Hyundai.

34. In 1940, the United States military produced its first four-wheel vehicle. You’ve probably heard of it. It’s called the Jeep.

35. The Ferrari 458 Spider is the most car accident-prone car in the world. As if that was the thing stopping you from buying one.

36. You know the classic three-pointed star of Mercedes-Benz? Well, it was initially meant to symbolize the use of Daimler engines in land, air, and sea back in the early 1900s. Today, it’s more seen as a symbol of sleekness and luxury.

37. Since we’re talking about logos, the four overlapping rings of Audi represents the four manufacturers of Auto Union: Audi, Horch, DKW, and Wanderer.

38. Perhaps the most iconic of all car logos is the Ferrari logo. The horse emblem that we’ve all come to know and love is in honor of World War I fighter pilot Count Francesco Barraca, who painted a similar emblem on his plane.

39. In 2012, before Super Cruise was even an option, Nevada issued the first license to a self-driving car.

40. Have you ever been ticketed for jaywalking? It turns out that the concept was invented by the auto industry in the 1920s to shift the blame of car accidents from cars to pedestrians. At the time, “jay” was a slur synonymous with “redneck” or “hillbilly.” Can you believe that?

43. This one’s for the techheads. It takes more than 100 million lines of code to program the computer system in the Bentley Bentayga.

44. Around 65% of all Rolls-Royce cars that were ever built are still on the road.

45. Now this is just plain bizarre. Back in 2015, an Illinois man had a turn signal lever removed from his arm, after it had been stuck there for 51 YEARS following a car accident. Seriously, OUCH.

46. Did you know that NASCAR was created because of prohibition? Moonshine bootleggers needed a way to transport their goods in a hurry and without raising too much suspicion. That’s when stock cars were created, which eventually paved the way for the racing that we see today.

48. The original time machine in Back to the Future was supposed to be a refrigerator, but director Robert Zemeckis was afraid that children would try imitating the film and trap themselves inside fridges. The eventual choice? A modified 1981 DeLorean DMC-12. Thank god for that.

49. Louis Chevrolet, the co-founder of Chevrolet, died a poor man. At least his last name will live on forever.

50. If a car’s remote button is pressed 256 times in a row without being in range of the car, the remote will become completely dysfunctional. Consider that before you hand your key ring over to your toddler.