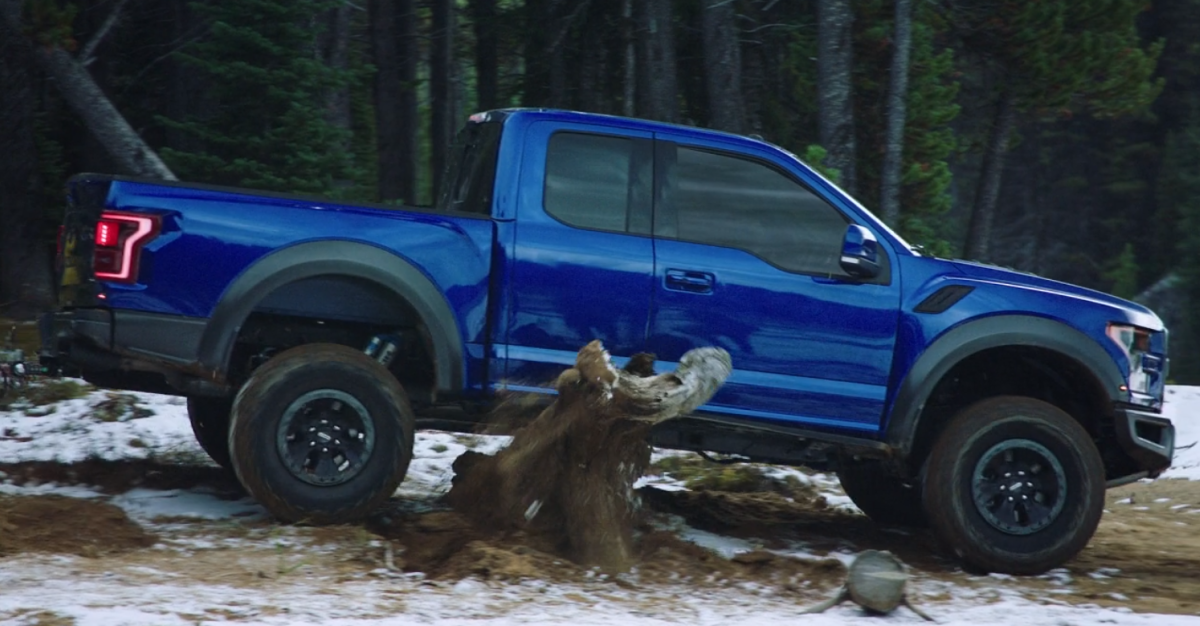 The episode begins with the question of what medium SUV would be the three presenters? choice if they absolutely had to buy one. Even with how popular they are, Jeremy Clarkson just doesn?t get the appeal, saying that his Alfa Romeo Stelvio is worse in every way than the sedan it is based off of.

They met in Canada at a racetrack with their three choices of medium SUV. Clarkson in the Stelvio joined by Hammond in a Porsche Macan and James May in a Range Rover Velar.

They test the ?Sport? in SUV by trying to match a BMW M3?s lap time. After proving that proximity keys are the worst by losing one and bricking the BMW on the track, the three SUV?s were tested. The Alfa was 6 seconds faster than the second place Porsche, but was still around 20 seconds slower than the M3.

Next up was testing the ?Utility? portion by seeing how many dogs could fit in the back. The total ended up being zero for all three cars since the electronic tailgates wouldn?t close.

So now, all that was left was to try to be a better ?vehicle? than a horse. The three complete a barrel race after a horse and rider set the benchmark time. The Porsche?s AWD couldn?t handle the dirt and went into limp mode. The Range Rover got lost in its own dust, thanks to its driver. The Alfa has a useless electric handbrake and then went into limp mode with the same AWD issues as the Porsche. All three were much slower than the horse.

A very good analogy was made about the proliferation of SUVs. When faced with a larger vehicle on the road, drivers tend to assume the larger vehicle is always safer. In this way, SUVs came to be like Nukes. If others on the road have them, you?d better get one too. It becomes a safety arms race until everyone is driving around in SUVs.

Back when Top Gear reviewed the original Tesla Roadster, Tesla sued Clarkson. This is why Jeremy won?t touch them anymore. However, with Tesla gaining popularity, Jeremy wanted to give them another shot. Hoping that the Model X would be an SUV someone might actually want, he took a look.

Right off the bat, Jeremy enjoys the Easter eggs, autopilot and the ?summon mode.? It is quiet to drive, handles well for its weight, and can embarrass an Audi R8 in a drag race. It even matched a 5.0 Ford Mustang around their test track.

On the negative side, well, we aren?t sure. Because the team of lawyers that Jeremy crammed in the Model X with him kept making sure he didn?t step on Tesla?s toes with overly critical opinions.

This episode, they aim to find out who is the fastest golfing enthusiast, so they have on Rory McIlroy and Paris Hilton. While the golf connection is a bit of a stretch, both have impressive car collections. The collections seem to be more about spending money than an actual enthusiasm for cars. For example, Paris Hilton has a Lexus LFA that she likes because of the attention it brings.

Luckily for McIlroy, he put in a better time than Paris Hilton by 4 seconds, though she was not as bad behind the wheel as one might suspect from her LFA story.

To use their SUV?s like normal people would, instead of at the track or rodeo, the three are told to tow boats with their SUVs to the finish line near a lake. Jeremy however, now has a Ford Raptor. That is because his Alfa can?t tow anything, because a trailer hitch can?t be installed because of the way the exhaust is routed. It is basically an automotive orienteering race while towing boats.

As the Raptor climbs and the Porsche?s awd began to fail, May finally decides to set off. Immediately, Jeremy is smitten with his Raptor?s abilities and he makes it to the lake. Meanwhile, May?s Range Rover is too civilized to handle going off road. Hammond?s Porsche can?t quite do what the Raptor can, so he is forced to find another way around a lake to the finish line. He finds a longer, but smoother and faster route.

Since the instructions said nothing about bringing the car, May decided to take his boat across the lake. May by water, Clarkson by brute force, and Hammond by speed all close in on the finish line, with Clarkson winning out.

However, his boat is gone, not to mention he isn?t in his original SUV. And May?s boat is sinking out from under him as he tries to make it to shore. Hammond gets the win here if we were in charge.

The presenters, and car enthusiasts in general, have made their issues with SUV?s well known, but the show still found a way to make it interesting. Seeing Jeremy review the Tesla Model X with a cadre of Lawyers was a good way of pointing out the absurdity of suing a beloved car reviewer, as they will usually have the last laugh. Paris Hilton and Rory McIlroy added nothing to the episode, which really dragged down the overall rating of the episode.

Season 2 Episode 8 – Blasts from the Past