Say Goodbye to the Tata Nano, the World’s Cheapest Car 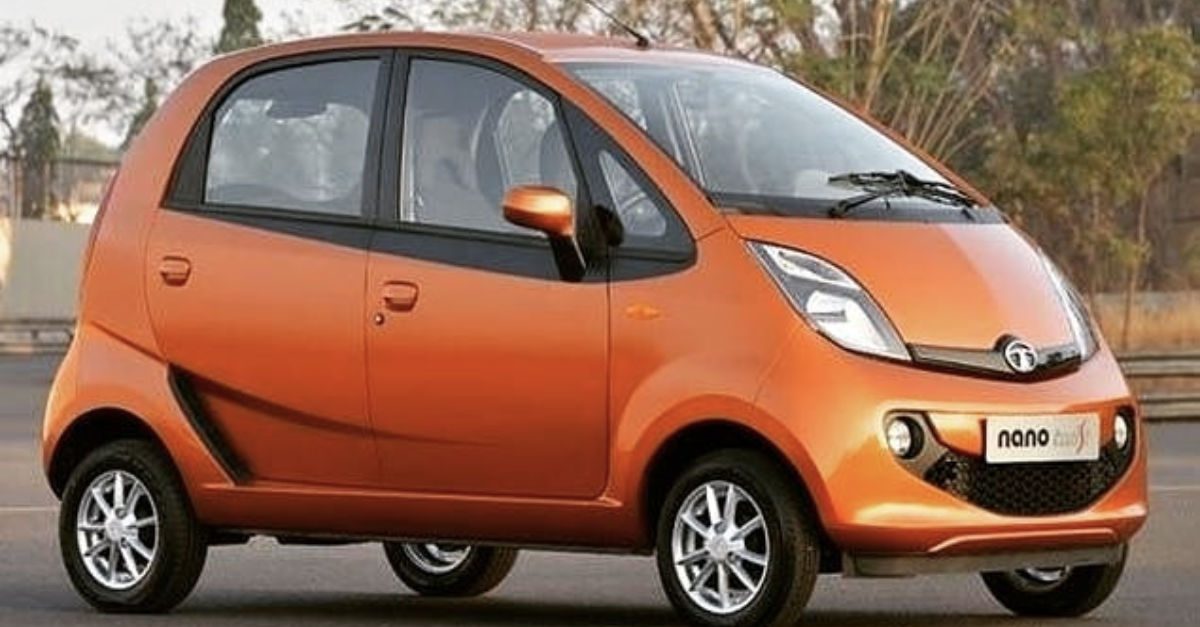 It’s a sad day for fans of frugality (and not much else) as the Tata Nano, the world’s cheapest car, is officially dead after 10 years.

Produced in India by Tata Motor Ltd., the Tata Nano was more of a gimmick than anything, with a price tag of around $3,500 in U.S. dollars.

Branded the “people’s car,” the Tata Nano only saw one model get produced in June, and Tata Motors said that the car in its “present form cannot continue beyond 2019.” As made evident by the Tato Nano’s host of problems, it’s not really all that shocking as to why they had to pull the plug on it.

Top speed of a camel is only 40 mph, which the Tata Nano easily beats by 27 mph… once it has a chance to speed up #tatanano #india #camel #animal #car #animals #zoo #grey #facts #whatamidoingwithmylife #whydoirunatatananopage #memes #schoolisboring #sleep

The much-touted Nano — hailed as a “milestone in frugal engineering” — fell short on safety, ran behind schedule and produced questionable crash test results. Eicher Motors Ltd.’s Multix pickup that doubled up as an electricity generator was also unsuccessful. Both companies have written off millions of dollars in investment costs.

Tata remains hopeful: A spokesman for the group said the Nano “may need fresh investments to survive.” Yet the evidence suggests that pursuit of the lowest price above all else was misconceived. A more realistic view is that India is squarely a high-volume, few-models game and consumers are focused on value — which means getting as many features as possible for their money.

With the Indian car market actually doing fairly well right now, Tata has been scrambling to really set itself apart from the pack. There is somewhat of a untapped market for electric vehicles in the country, and there have been talks about the Tata Nano being rebranded as an electric car, though this wouldn’t exactly mesh with Tata’s low-price branding.

Hey, maybe the company should just take a break from making new cars altogether. Maybe they just need some time to grieve the fate of their ill-conceived gimmick car.

Watch: Volkswagen and Ford Could Join Forces on New Line of Vehicles